Earlier today when Sony revealed plans for download-only LocoRoco Midnight Carnival, we had few details on the game and absolutely no idea what it looked like.

Now, however, we're getting a first look at the game from a couple of just-released screenshots.

The first screen grab shows a new point scoring system that apparently awards slick moves like the jump being executed by the rotund cutie.

A second screenshot depicts a dark level that is likely a take on the midnight carnival theme. Small crimson creatures with a set of arms appear throughout, though we're not sure what role they play in the game.

Look for impressions of LocoRoco Midnight Carnival later in the week. 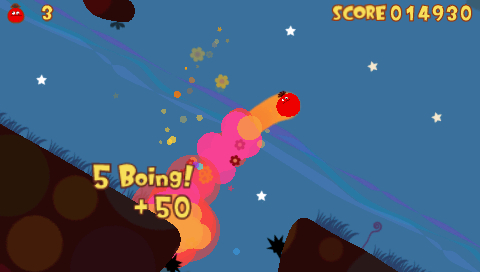 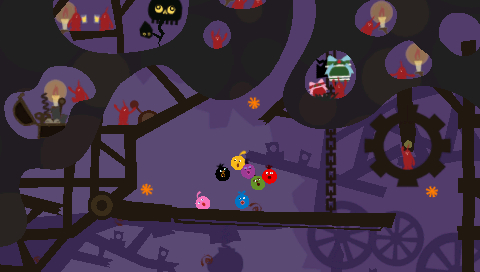