Looking back, Cut the Rope seems like something of a fairytale when viewed from the perspective of late 2013.

It was only the second game released by plucky start-up ZeptoLab, it was a premium app, and it was developed for a total budget of around $1,500.

And, just like a fairytale, it was easy for ZeptoLab's creative director Semyon Voinov to get lost in the fantasy when it dominated the mobile gaming scene upon it release.

"On the second day after the release, it went up to the number one spot in many, many countries," he detailed, speaking at GDC Next in Los Angeles. "But we didn't know what to do next, especially on the business side."

The answer, as it turned out, was to focus on building Cut the Rope as a franchise.

Following the quick success of Cut the Rope in October of 2010, ZeptoLab took the first tentative stages at building a franchise with the release of the free app Cut the Rope: Holiday Gift for Christmas.

But this was a seasonal event. The true successor to Cut the Rope, Cut the Rope: Experiments, came in 2011 and was Zeptolab's first self-published game.

Still, it wasn't without a slight misstep or two.

"Looking back, there's one thing I would change in that title. I feel it's not differentiated enough from the original Cut the Rope. If you ask users what's different between Cut the Rope and Cut the Rope: Experiments, they might not be able to answer," mused Voinov.

Cutting to the chase

"Having something physical on their desk helps players remember the character," noted Voinov before concluding that merchandising is just "another way to stay in touch with players."

With a strong and growing brand behind Cut the Rope, one might expect Voinov to be quick to condemn clones.

In reality, however, the exact opposite is true, as he told a room full of developers at GDC Next: "They don't really hurt our business much, and sometimes we can even learn from them," he detailed.

"Some companies innovated from the ideas of Cut the Rope, and it was really cool to see what they did differently."

Another key factor to the brand's strength is expanding to new platforms.

"Not everyone plays on iOS and Android phones, we have to expand to platforms like the 3DS and even fancy TVs. The only rule here is that the platform should be capable of delivering a proper Cut the Rope experience with faithful Cut the Rope gameplay."

"It's maybe not the best way to grow the Cut the Rope brand, but it's a good way to keep players engaged with it," Voinov conceded, before warning developers to do social media properly and make sure they add "meaningful ideas" to the conversation with their fans. 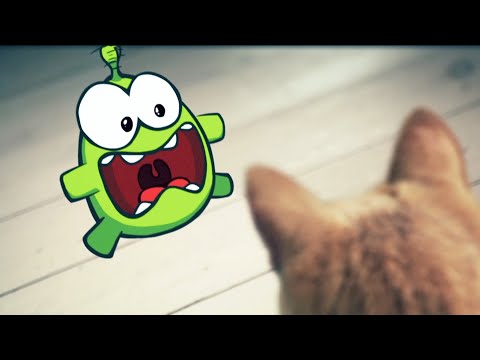