Modern visual novels love to hide a darkness underneath cutesy visuals. Blame Doki Doki Literature Club if you like, but this trend has been rumbling away for quite some time.

World End Syndrome doesn't beat around the bush with its darkness - it's in the name for crying out loud - but it still does a pretty good job of keeping you absorbed in an otherwise cutesy story while still hinting at what lies beneath its veneer.

It has some pretty major issues, like its obscenely long prologue and patronising attitude towards regular saving, but it's easy to forgive some of that with art this good.

Some people are on the pitch

World End Syndrome starts with you, the unnamed male protagonist, moving to the sleepy seaside town called Mihate, enrolling in school, and being thrown into the Mystery Club, which researches Japanese folklore.

Along the way you meet a colourful cast of large-breasted teenagers who fill specific stereotypes you've seen before if you've ever played a visual novel, and you'll have a few uncomfortable encounters to boot. 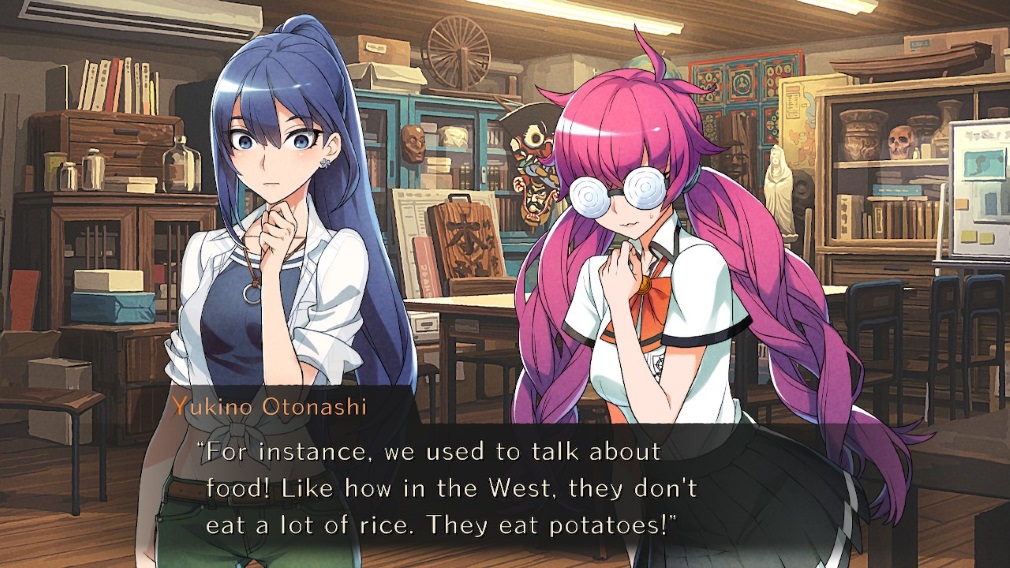 Oh, and apparently the dead are going to rise soon and massacre everyone in town, which appears to be already happening as students from the high school are going missing and turning up dead. Of course.

It's a story that's been alluded to in plenty of other visual novels by this point, and if you consume these types of games regularly, you might start to find this approach to storytelling a little dull.

The cliche characters aren't who they seem to be. The game keeps distracting you from its darker side with romance subplots, all while the bodies pile up. It somehow comes across as a bit old hat at this point - until the game starts throwing you some curveballs.

Curveball one comes three hours into the game, when you're unceremoniously granted the "worst ending" and booted back to the main menu, with no option but to start all over again and whizz through the last three hours once more with the "Skip Text" option.

It's a surprise, absolutely, but not a welcome one. Having to revisit the entirety of the prologue just after you've completed it is tiresome, and there's surely a few folks out there who will simply give up on the game altogether.

They think it's all over

Stick with it, however, and you hit curveball two - there's actually a life sim element to the game buried within, allowing you to choose what you do at certain times in each day.

Some elements of your adventures during this segment are also carried over into future playthroughs, allowing you to explore different routes each time without fear of having to start all over again, like you did at the beginning.

But that initial fake-out will continue to sting no matter how far in you get, and you'll never shake the feeling that you might crash out at any minute because of one false move.

World End Syndrome is also desperate for you to save after even the most inconsequential encounter. It feels like every time you move to the next scenario, a save menu pops up, despite the fact that you're told at the start that autosave is on by default.

So, why would you stick with this annoying game? Short answer: it's absolutely gorgeous. Arc System Works, best known for fantastic anime fighters like the BlazBlue series, have absolutely knocked it out of the park in terms of visuals.

Each scene features stunning backgrounds, each with some minor animations that bring the whole world to life, and the character designs are simply wonderful. 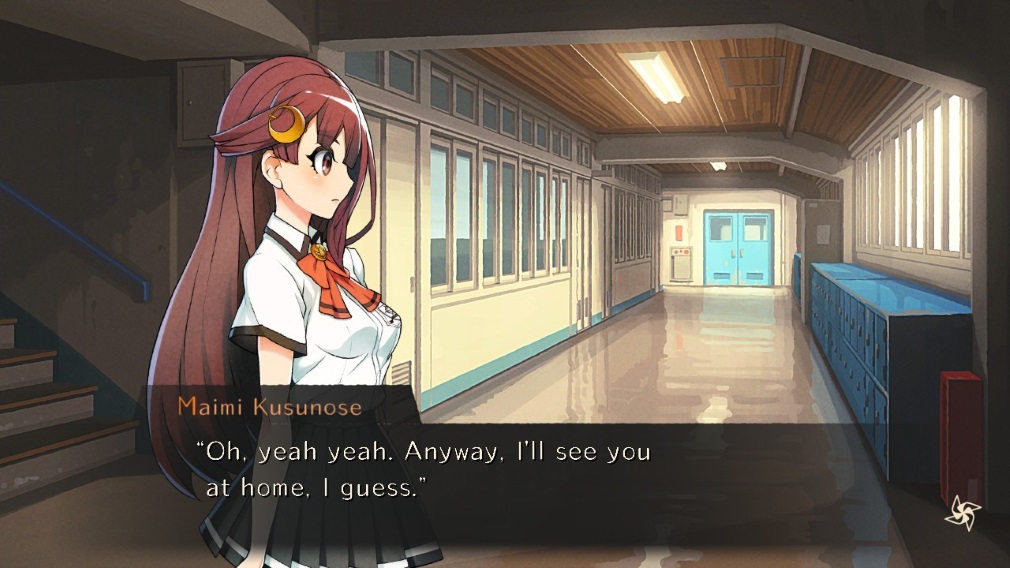 On top of that, this is a visual novel which features characters seen from behind and the side, something which I have literally never encountered in a visual novel before, and add an extra layer of visual goodness during each scenario.

And as much as the story is a little "been there, done that" in some regards, it is still an intriguing mystery, wrapped up in the same silly anime tropes you've come to know and love.

Overall, World End Syndrome is an absolutely beautiful visual novel that tries to tease you with new ideas and ends up just pissing you off.

Its story is cute with a hidden darkness, but so is every visual novel these days. And its fake-out ending at the start hurts more than it intrigues, coming so far into your first run that a second playthrough feels like a slog, even with the dialogue skip on.

But for visual novel fans, this is a treat. You're unlikely to find a better looking VN on the market, and if you can forgive some of its sins, you'll easily lose yourself to its story.

World End Syndrome is an absolutely gorgeous visual novel, let down by a few gameplay ideas that simply don't work
Next Up :
Jade Order review - "An puzzling path of the warrior"