From the start Westworld looked like it was going to be a base-building game like Fallout Shelter, and while that's not entirely wrong, it's not entirely accurate, either.

The game is presented as a training simulator for Delos, where you're being taught to manage your own park. There's an underground base where you'll manage the manufacture and maintenance of hosts, but most of your interaction will take place in the park above ground, where it's all about pleasing the guests.

You can likely enjoy this without having seen a single episode, but the game does seem aimed at people who've seen at least most of the first season, as there are a variety of characters and terms from the series. 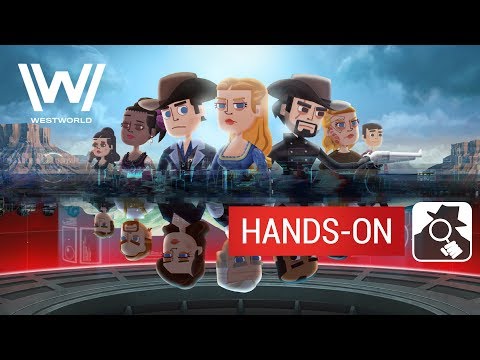 The tutorial walks you through everything you need to know, but it also throws a lot of information at you fairly quickly. Hosts have different skills and are ranked from one to five stars, and can earn experience through their interactions with guests.

Ideally, you want to set a guest up with a host who has specific traits the guest is looking for. Doing so will earn you more rewards, and allow you to level up your hosts faster.

It's a familiar system, but it's also one that's well-suited to Westworld. The game itself feels like an early version of the park where hosts began with small interactions as their creators tweaked and improved, and you're working your way towards the kind of Westworld we see in the show. 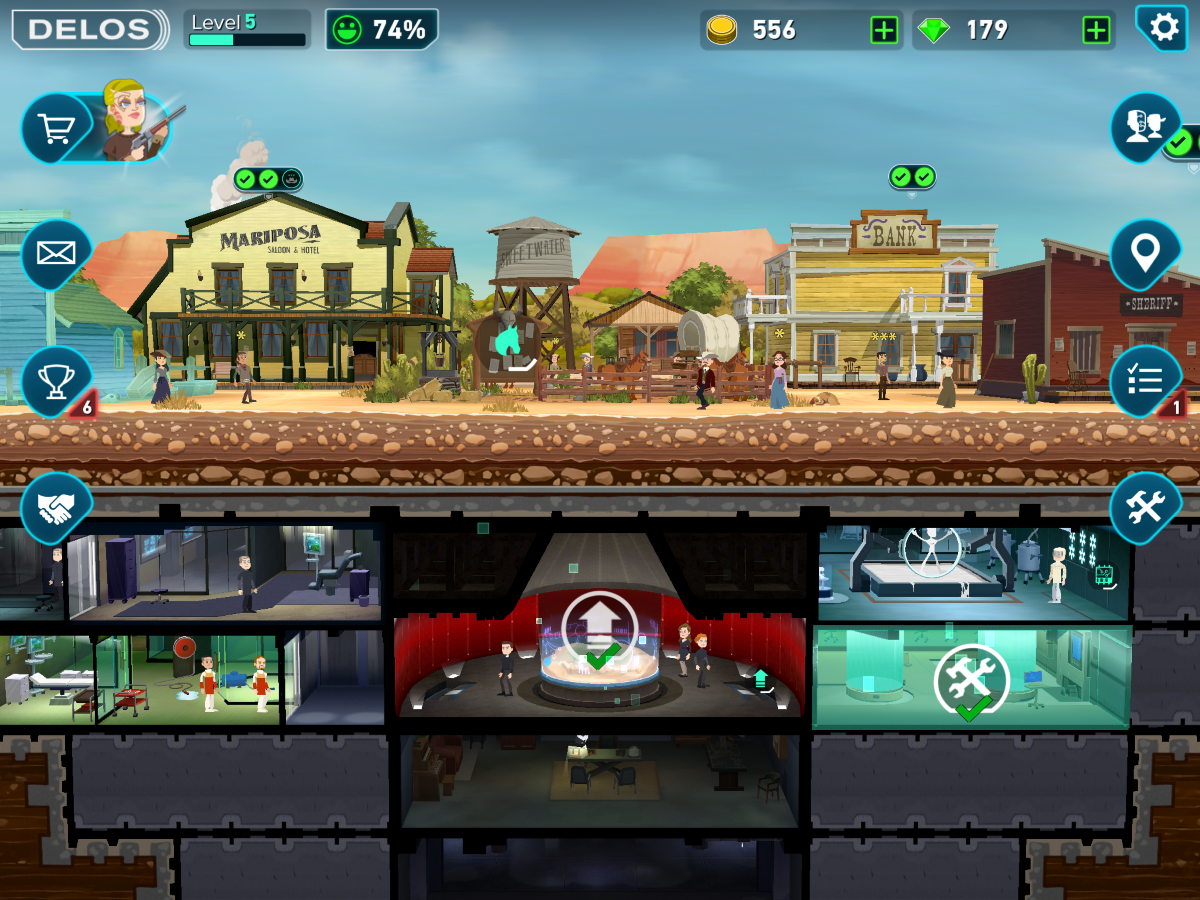 Better interactions require better hosts, so you'll need to combine your lower-ranking robots in order to create high-star characters. You'll also need to maintain your hosts - too many interactions and they'll begin glitching out, or fail to satisfy your guests and need extensive repairs.

Once you're past the information-dump of the tutorial and start running your own park, the process is actually fairly intuitive.

Buildings or characters that require your attention are clearly marked, and there's a variety of challenges and tasks for you to complete, including interactions to tweak your hosts and make them more intelligent. 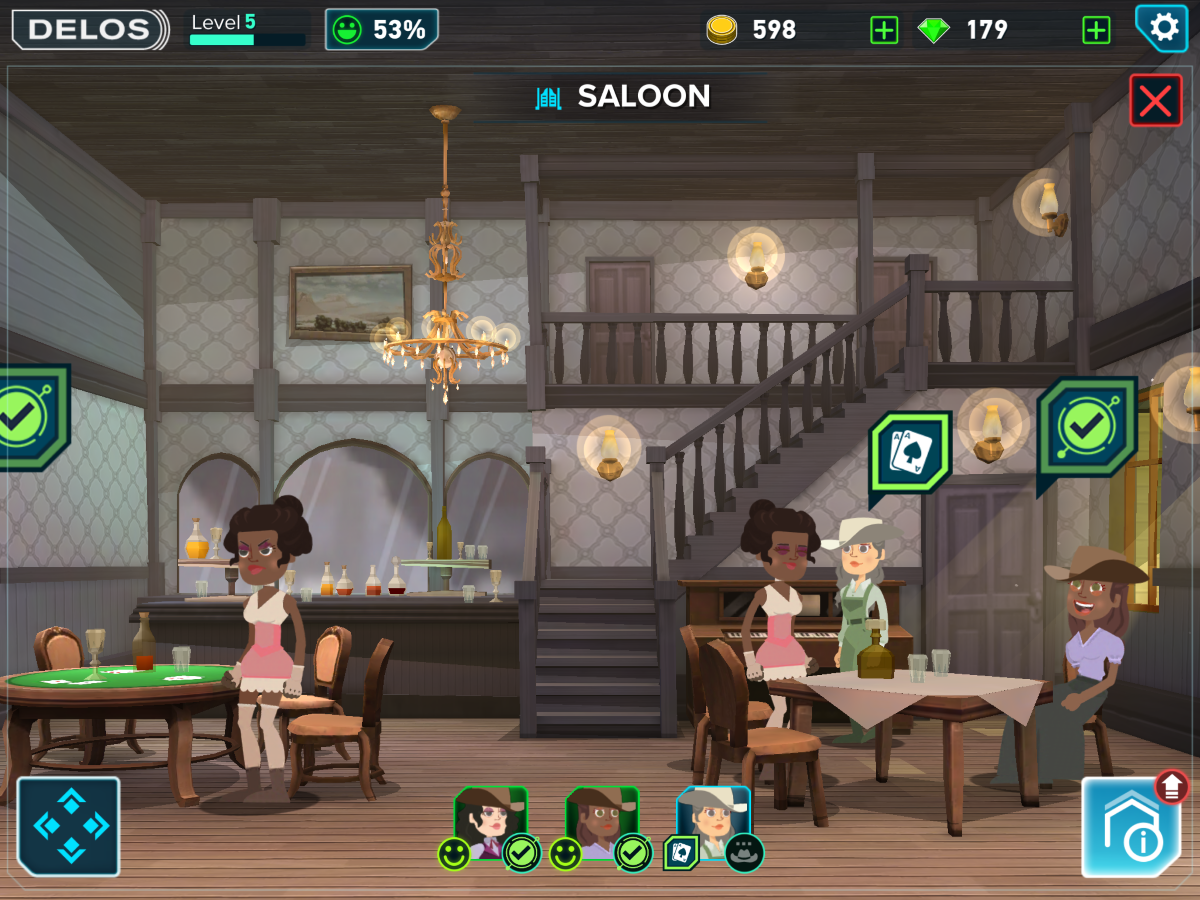 One thing that's quickly apparent, though, is that you won't be completing many of the more interesting or timed challenges without spending a lot of time grinding through low-level tasks, a lot of time waiting on higher-level tasks, or paying a lot to get premium currency and skip through timers or purchase higher star hosts.

I got excited to see that I had opened up a second location, only to realise that I needed much better hosts than I currently had to successfully complete any interactions there.

How much you enjoy the game, then, will likely depend on your tolerance for the experience grind and how much you like the setting itself.

There's hints even in the early levels that the park is built on a delicate balance, and that there may be a deeper plot at work.

It's a game I can see myself picking up for a few minutes at a time to move my hosts forward, and keeping with at least long enough to get a taste of the larger storyline.

Westworld is far more than just a reskinned Fallout Shelter, but its grind may be a little off-putting for some
Next Up :
Otaku's Adventure mobile review - "A truly bizarre love triangle"

Westworld is closing its doors on mobile from April 16th

Westworld preview - What the Fallout Shelter devs did next

You can now pre-register for the Westworld mobile game