WayOut has a lot of things I like in a mobile puzzler - stylish but clear visuals, a simple but clever premise, and a chilled pace that doesn't rush you into solving anything.

There's plenty to admire and even enjoy here from Dropout, the reliable creator of such fine puzzlers as Blyss and Neo Angle.

It's a very accomplished puzzler that plenty will enjoy - but I can imagine that some people will struggle to warm to it.

Who turned the Lights Out

WayOut is openly inspired by Lights Out, a 1985 electronic game from Tiger Electronics. The goal in such games is to flip all of the counters on a grid over to one colour.

When you touch one tile, all adjacent tiles flip to their opposite state. There's a maddening ripple effect to every move you make, undoing much of your hard work if you're not careful.

WayOut throws in non-regular grid design and special modifier tiles, like tiles that only work in certain directions, and even additional colours.

WayOut of my league

Cards on the table: I'm not very good at WayOut. I got stuck on a couple of puzzles in the very first world, and it doesn't get any easier in the second. 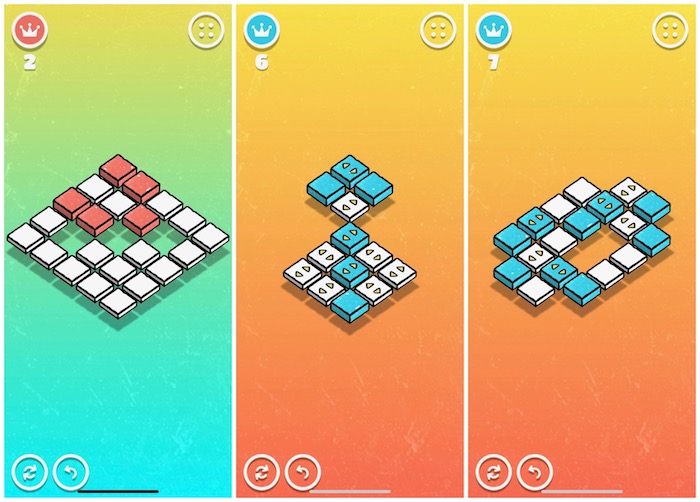 The curious sense of distance I feel from the game isn't down to this, however. I'm not very good at Yankai's Peak or The Witness either, and I love those puzzlers.

Rather I found that the repetitive, grinding trial and error nature of WayOut's gameplay itself wore thin rather too quickly. Tricky levels rapidly devolved into mindless, frustrated random button pressing in a bid to stumble upon an answer.

WayOut is far from a bad puzzler. If your mind is of a sufficient disposition and sharpness, you'll doubtless revel in its rigid binary patterns.

It's crisply presented and pleasant to interact with - Dropout nails the clicky satisfaction of pressing real buttons - and when things are ticking along at a normal rate the levels prove to be good fun to play through.

But when WayOut steps things up a notch and moves on to another level of challenge, it's not always successful at bringing the average semi-committed player along with it.

A neatly made but very tough puzzler that perhaps doesn't do enough to keep the casual player engaged
Next Up :
Evony: The King's Return review