You may recall that we exclusively announced that Snowprint Studios were working on an unnamed Warhammer title during our last LaunchPad event. Well, today, the Rivengard and Legend of Solgard developer have officially unveiled Warhammer 40,000: Tacticus, which will release for iOS and Android in 2022.

Warhammer 40,000: Tacticus promises an in-depth strategy experience where players can enjoy both PvE and PvP battles. Or, if you prefer a spot of co-op, there will be guild boss fights that you can topple by teaming up with other players. But first, you will need to assemble an army using a variety of units from the Ultramarines, Necrons, Adepta Sororitas, Black Legion and more that are yet to be announced.

Matt Forbeck, who has worked on many Warhammer works previously, has written the game's story. Its narrative will follow multiple factions rather than focusing on a single perspective, which makes good sense given the size of the universe. You can take a first look at the game in the trailer below. 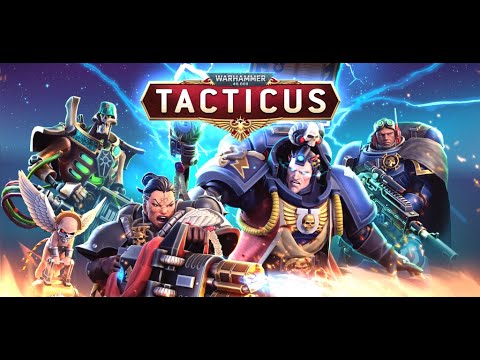 Discussing the game, Wilhelm Osterberg, game director, said: “There are so many things we’re excited to show off in Tacticus. Over the coming weeks and months, we’ll be revealing more and more details about the gameplay, the factions, the characters you’ll be able to collect, the story, the campaign, the PVP battles - all of it.”

He added: “We want to bring the thrill of the tabletop experience to your handheld devices, and we can’t wait for you all to play it with us. But for now, we hope you’re getting as excited as we are about what we think will be the seminal tactical experience in mobile gaming.”

Warhammer 40000: Tacticus will release on the App Store and Google Play sometime next year. To keep up-to-date, you can sign up for the game's official newsletter, or stay tuned to Pocket Gamer.

Enjoy strategy games? Here are 25 of the best available for iPhone and iPad
Next Up :
Blue Archive's An Unconcealed Heart story event is now live

Warhammer 40,000: Tacticus releases information on the upcoming update which introduces a battle pass and a brand new hero character