Will also be heading to Android soon

Pixonic has rolled out a large map for its team-based battler Walking War Robots in the latest update.

The map is called Dead City and is designed to encourage long-range battles instead of camping or hide-and-seek tactics. You can see a video that gives you a look at the map below.

"It is a symmetrical map with special areas for long-range weapons, several shelters for extremely huge robots, special landshaft areas that give vast advantages for team play, and some open areas where a light robot may damage a strong one," explains Pixonic.

Also included in this update is a new hangar interface. It has an animated menu for robot and weapon selection and even gives you a 3D view of the selected robot. Give us a twirl of that metal bod. 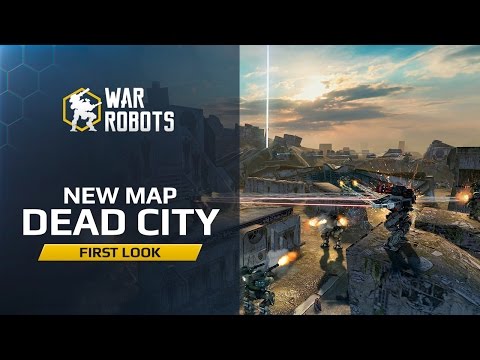 Lastly, there are now daily tasks that you can complete to get in-game gold.

Pixonic also outlined its plans for the next updates for Walking War Robots.

These include improvements to weapon balance, especially fire and energy weapons at mid and long range combat.

And the studio also said that Walking War Robots should be heading to Android shortly. Finally.

If you didn't know, Walking War Robots is a 6v6 online multiplayer giant robot battler. You choose your own robot, kit out its weapons, and issue upgrades as it progresses through victories.

You can download it for free on the App Store right now.