Vampire: Prelude is a fairly simplistic interactive fiction game that takes place in the world of Vampire: The Masquerade.

True to form, you follow a story told via text conversations, you try to figure out what in the hell is happening after you went to a party and, y'know, got vamp-ed.

It's interesting enough, and has everything that a gamebook should, but it's a tad too confusing at times to be able to properly immerse yourself in.

The story kicks off off with a prologue of sorts, and a chat with your pal, Izzy, about the fact you're feeling pretty weird and can't eat nachos anymore. 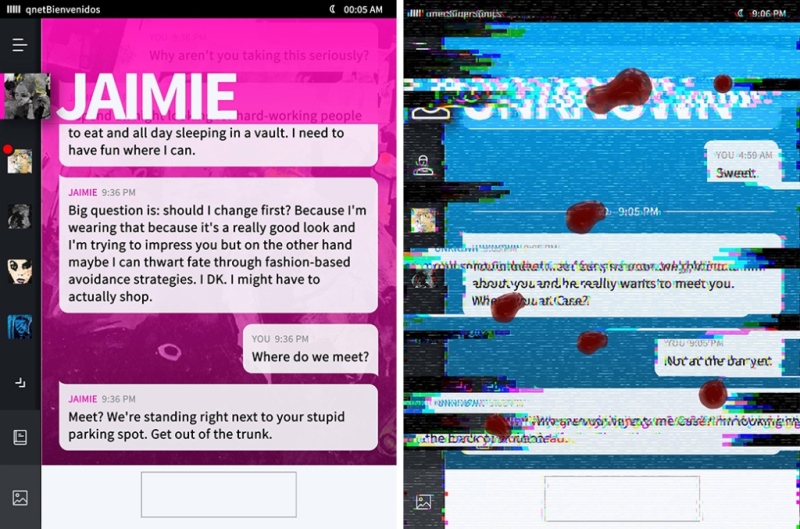 When she echoes your concerns, admitting to you that she'd eaten a rat because she had the munchies, you then go in brutal detail about how you've maimed and drained your first victim - a method which you get to decide, by the way.

This pretty much summarises the entire game. Something happens, you chat to Izzy about it, you might get a weird text from your 'dead' mother or a string of other characters (depending on what path you've chosen), and sometimes your decisions will bite you in the butt, killing you as a result.

The protagonists also happen to be art students, so every now and again you'll send a somewhat obscure drawing to Izzy, and she'll send you paintings of her freaky, premonitory dreams in return.

The art work is beautiful, but it's also pretty illegible at times. It's is a real shame as it drives a nail in the pacing, slowing things as you stop to decipher the picture.

This also carries over in the writing itself. Where a lot of sentences are kept short and sweet, there'll be occasional ones that are so long they take up the entire page. 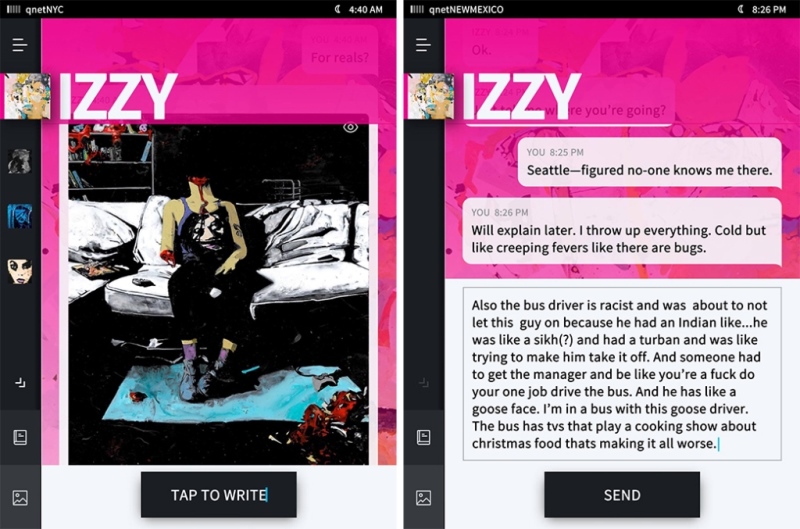 That wouldn't be such a big issue if they actually contained something relevant, rather than long slabs of text joined together with 'and then'-like sentences.

Finally, there's the manner of the text talk itself. Using a phone as a platform sets the world up for abbreviations and slang, but after a while the mis-spelling, crushed words, and sloppy chatter get a little grating.

I'll just have the salad

Being a huge fan of Vampire: The Masquerade, I wanted to love Prelude, but it fell short of what the game could have been.

From confusing artwork, to strangely-paced parts patched in like pieces of odd fabric sewn on ripped denims, Prelude had a good idea, but somewhat fuzzy in its application.

Vampire: Prelude has a nice aesthetic, but its story is a little too confusing to follow without having to go back and read some things again
Next Up :
REDMAGIC 8 Pro review - "A beast in performance, but not without growing pains"

Fulfill your interactive fiction needs with Vampire: Prelude and Mage the Ascension

Vampire: Prelude is a new interactive fiction, available on iOS and Android