Turmoil is a wild west-style resource manager which lets you unleash your inner oil baron in a totally healthy, non-obsessive way.

Sadly, Clint Eastwood is nowhere to be seen, but you can play as one of four potential oil harvesters and start your journey with a short and sweet tutorial.

Though it's not graphically outstanding by today's standards, it's got its own charm which really makes the game stand out from the crowd. 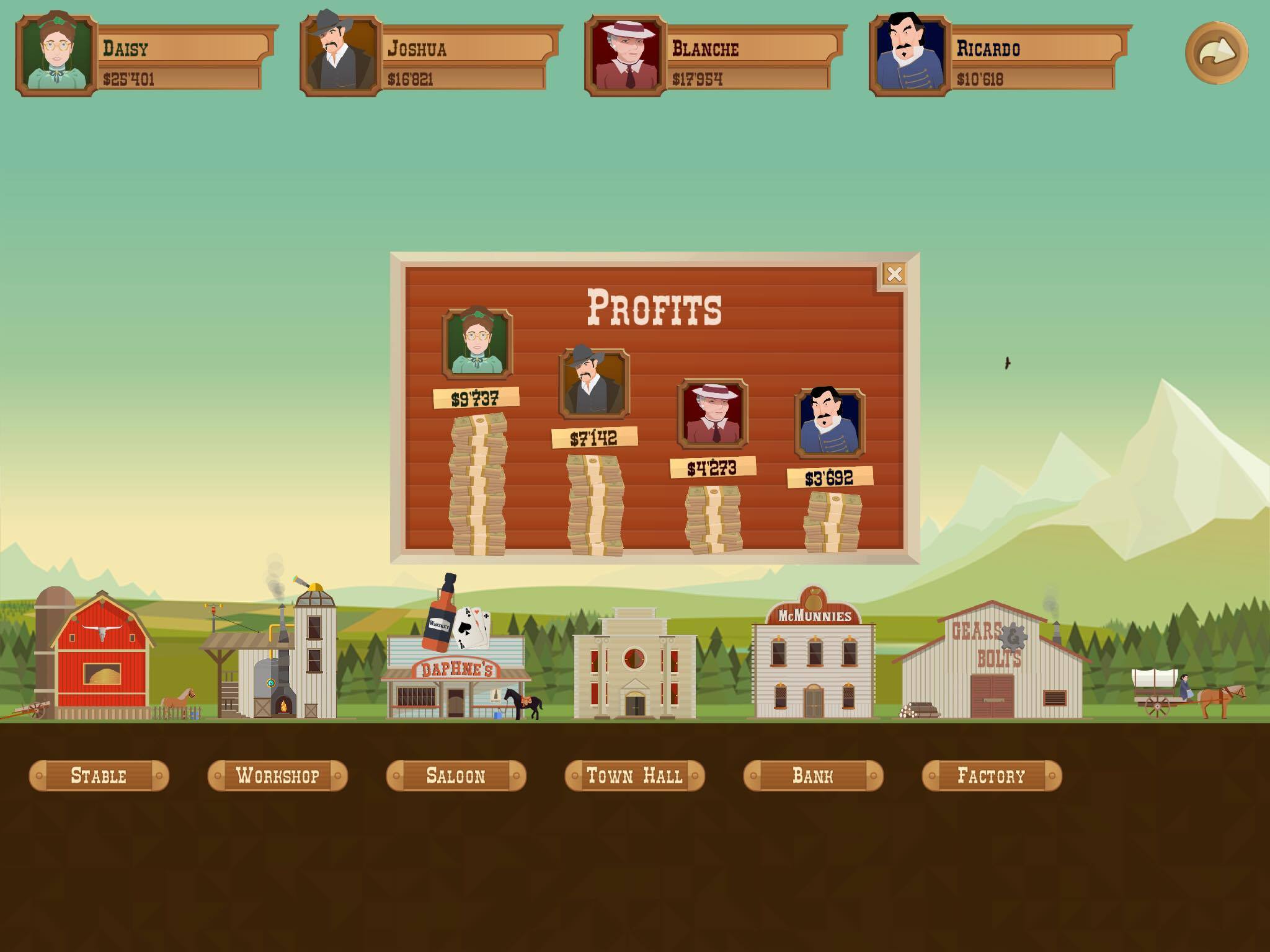 Do you feel lucky?

Once you've picked what lady or gent you'd like to shadow on this wild ride, it's time to start your first drilling. Put your dowser to work at pin-pointing where the oil is, set up your rig, drag your pipe, and off you go.

Things start off slowly and simply with just one shop to sell to and some options to mess around with, but after a while you'll be able to buy perks, upgrade your pipes, bribe some businessmen, and make questionable agreements between two potential buyers to get the best profit of the season.

You'll also have to bid against other characters to buy up land, and eventually battle with obstacles like rocks as you move to your operation to different kinds of terrain.

Turmoil really lends itself nicely to mobile - you'd hardly believe it's a PC port - and the humble tap and drag mechanics are all you need to master the game. 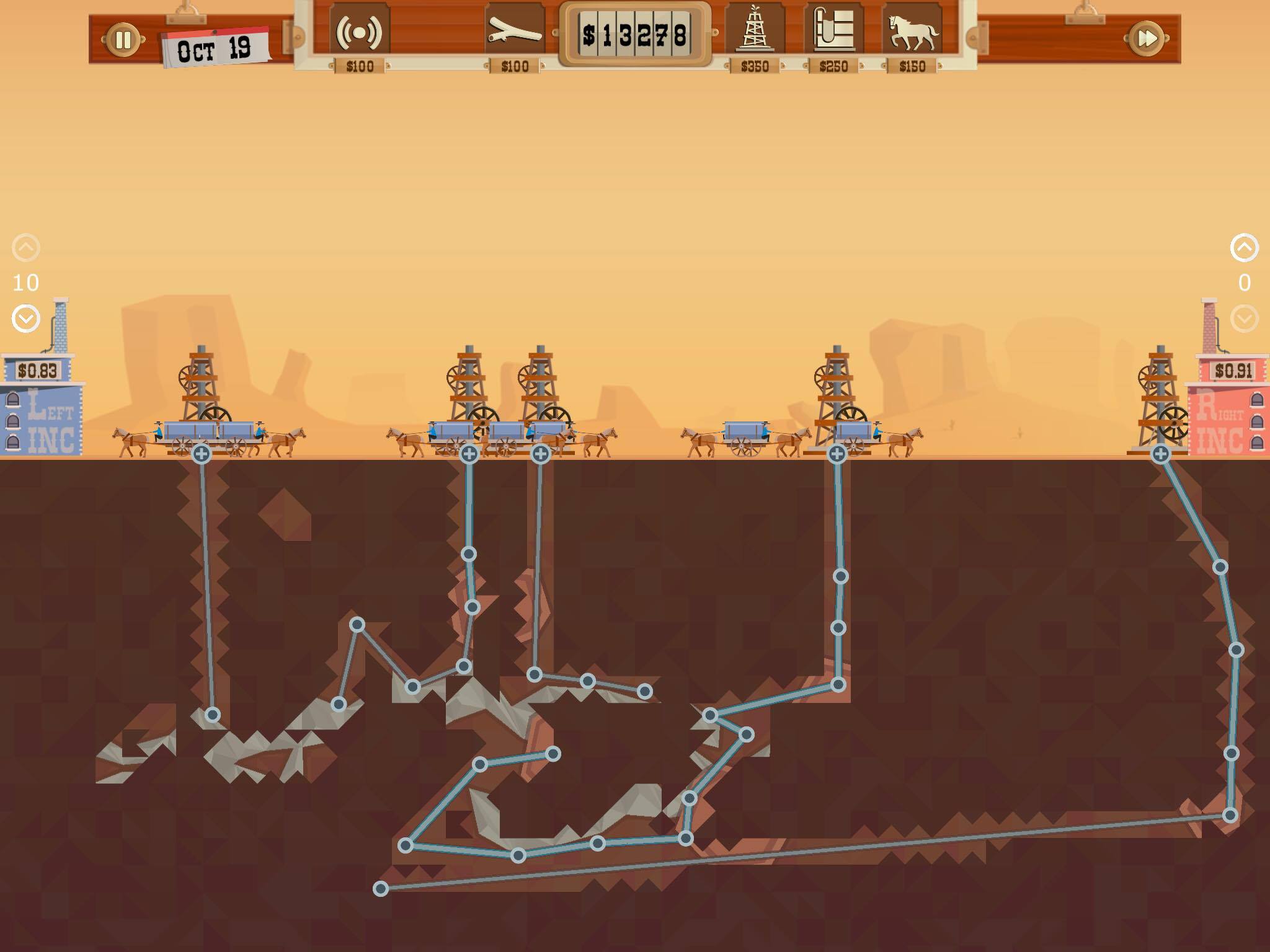 It's obvious from the get-go why it's an iPad exclusive. Thanks to small text, little details, and the unquestionable need for a larger screen, an iPhone version would be near impossible to navigate.

It may not bring anything new to iPad from the PC version, but it certainly doesn't take anything away - all the features have been ported across brilliantly.

There's really not much else to say about Turmoil other than it's a fine addition to the management genre.

It celebrates its simplicity, letting the addictive gameplay shine through as you tell yourself 'just one more dig,' then find yourself covered in oil and cash hours later.

Turmoil may look a little simple, but it's a management sim that certainly stands up above the rest
Next Up :
Warhammer 40,000: Tacticus review - "An approachable strategy to a grimdark future"

Turmoil, a tycoon sim that turns you into an oil baron launches on Android and iOS

[Update] Become a wealthy oil baron in the simulation game Turmoil, out now on iPad