The Trials games have lost their way slightly. Trials Fusion was too bogged down in its aesthetic and focus on silly objectives, and Trials of the Blood Dragon took it a step too far altogether.

Something had to change. And Trials Rising is a course-correction in that regard - this is a Trials game all about ridiculous tracks and trying to beat them as fast as possible.

And if it wasn't for some of the most egregious microtransactions we've seen, this would be the best Trials game there's ever been.

Trials Rising throws out the wild aesthetics of the past couple of games and focuses on the thing that makes the series so good - its tracks.

The gameplay remains the same as before. You have gas, brake, and the ability to lean on your bike, and with these basic movement abilities you need to navigate ridiculous, maze-like tracks as quickly as possible without crashing too many times. 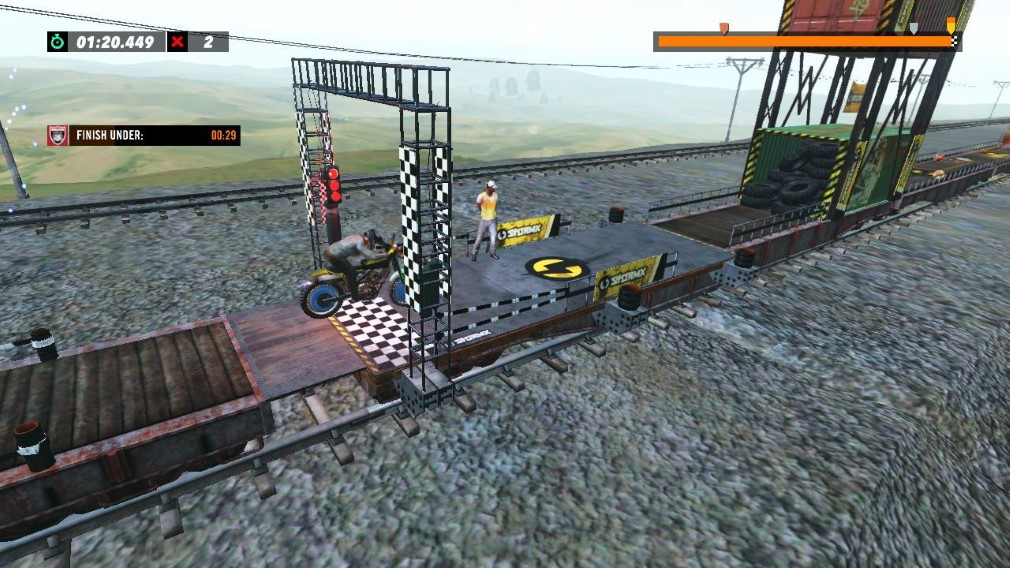 Mess up and you can reset back to one of the track's plentiful checkpoints, albeit with a five second penalty added to your time. You can also restart the whole race with the touch of a button if you want to get the best time you possibly can.

This time, you'll face off against ghosts on the same course as you, teasing you to try different routes and timing your jumps in certain ways to inch ahead of them and take first place, even if you're not the greatest rider out there.

The motocross levels have also stuck around, although they're now relegated to their own specific events which act as gateways to open up even more tracks once beaten.

And oh my god, Trials Rising is fun. Its courses are varied and beautiful, offering up a range of challenges in just a couple of minutes each, forcing you to think not only about your speed but your angles, when to lean, when to cut off your engine, and more.

By not sticking to one aesthetic, Redlynx has opened the door to trying out even wackier locations than ever before. Fancy racing through a series of cargo planes that are falling apart? It's there. How about a speeding train that explodes all around you? Sure, go wild.

The courses are nothing short of majestic, and when you get into the rhythm of them, there's no other feeling quite like it. This is Trials at its absolute finest - blissful in its ingenuity, and painfully hard once you hit the higher levels.

Objectives are still present, but now they make sense in the races. You don't need to deliberately kill yourself in various places to gain experience points anymore, thank god.

And you'll earn new objectives for old levels as you progress, encouraging you to go back and face previous tracks with a new plan to hit a certain number of flips or beat a specific ghost time.

Laugh? I nearly got my wallet out

But for all the racing bliss found within, Trials Rising has made a huge misstep in the metagame tying the whole thing together.

For starters, you need to level up to unlock certain races and bikes. That's not necessarily a bad thing, but it does mean that veterans of the series will need to grind their way through a whole mess of Easy-rated tracks before they're allowed to get to the truly challenging tracks.

You also earn Gear Crates as you level up, and it's here we hit the biggest sticking point - the over-abundance of microtransactions in a game that has never had this many before.

Almost every customisation item is now found either within a Gear Crate or bought with in-game currency earned from winning races or completing objectives, from your clothes to random parts of your bike. 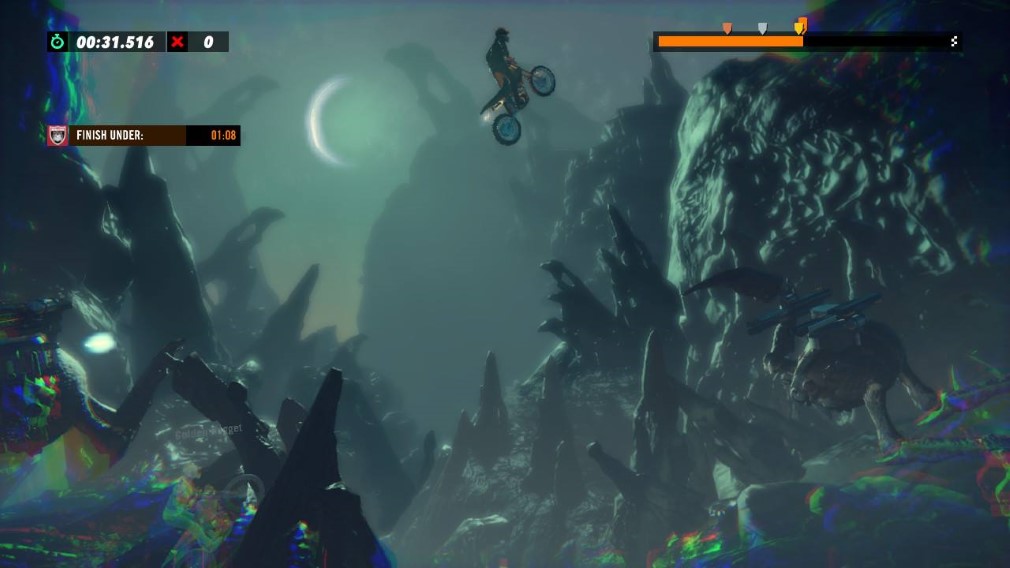 But it's worse than that. Additional bikes, including the fan-favourite pedal bike and miniscule Donkey, also need to be bought before they can be used, and their prices are astronomical, requiring a ton of grinding before you can grab them.

Gear prices are also ridiculously high, so if you want to buy those new bikes in a timely fashion, you're going to have to sacrifice your rider's style - an easy choice for some, but a real pain for others.

The number of duplicates you earn from Gear Crates is frankly appalling, and while you can sell duplicate items for a small bit of cash, it doesn't make up for the fact that there's so few interesting items in the crates to begin with.

Or, if you really want all these items early, you can buy them with real money. For a series that previously allowed nearly everything to be unlocked simply as you played, it's a real slap in the face to be confronted with purchase options at every turn.

Look, we don't mind IAPs on Pocket Gamer. We're a mobile gaming site, for crying out loud. But for a £20 game to turn around and ask for more money, when the games that came before it never did, is a real insult.

It's a miracle that Trials Rising, underneath all the guff, is a brilliant game that seems to finally remember what made the series fun to play in the beginning.

Ignore the annoying microtransactions and this is absolutely the best Trials game there's ever been. But gosh, those IAPs are hard to ignore.

Trials Rising is the best Trials yet, wrapped up in a terrible metagame which makes the experience just slightly less enjoyable
Next Up :
UFO99 review - "A fun little arcade game on the go"