At E3 earlier this year you might have caught sight of the next epic game in Ubisoft's Trials series, Trials Rising. We knew it was coming to console, PC, and Nintendo Switch in 2019, but now we know when - February 12th. 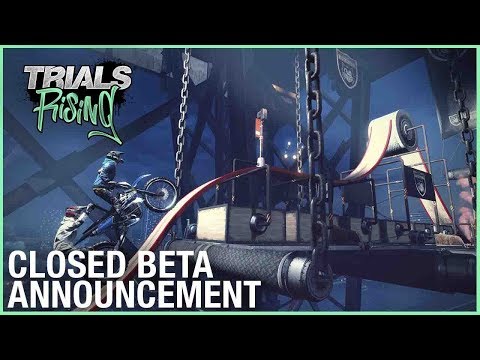 If you've not played any of the Trials games before, they're fun platform racers where you have to drive a motorbike through a series of 2.5D levels. Trial Rising is so far sticking true to its original formula with a few extra bits thrown in for good measure, like tandem bike riding in multiplayer mode.

The real fun of Trials comes from learning how to move your bike, and no I don't mean forward and backwards. You need to learn how to lean to avoid wiping out on landing, how to perform a variety of jumps, flips, and more.

Though, impressive as the set levels may be, the real fun comes in community designs and customisation. Seriously, some people have some crazy ideas.

There'll be a closed beta test on September 13th-16th, but only for PC, Xbox One, and PS4.