No More Heroes was a ridiculously over-the-top brawler about an insufferable, arrogant nerd murdering people with a laser sword for profit. It was stylish, violent, magnificently bizarre, and a breath of fresh air for the mostly child-friendly Wii.

Travis Strikes Again: No More Heroes retains that style found in basically everything made by game director SUDA51, but throws out the series' established mechanics for a more hack-and-slash affair, with little quirks thrown in for each of the game's levels.

You're gonna get SUDA

Travis Strikes Again: No More Heroes throws series anti-hero Travis Touchdown and incoming villain Bad Man into the world of the Death Drive MkII, a cursed games console that sucks players in and forces them to physically play out the games in the system.

While this has been teased as a mix of indie titles rehashed with SUDA51's style, what it actually boils down to is a hack-and-slash adventure through each title, with some twists depending on its given genre.

For example, the second level, Life Is Destroy, requires you to solve block-spinning puzzles to reach each new battle arena, eventually throwing in a giant Pac-Man-esque head that will instantly kill you if it touches you. 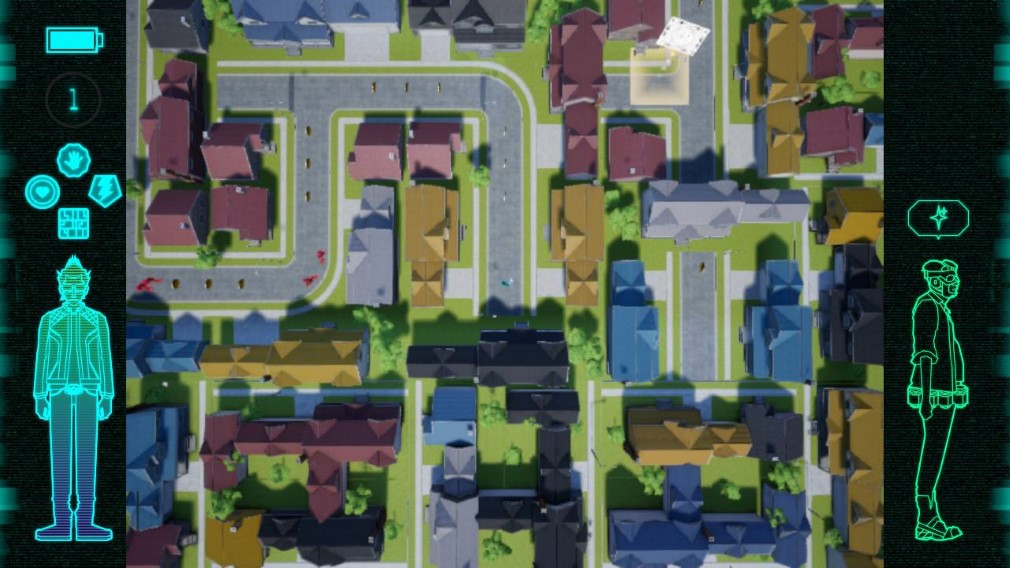 The hack-and-slash gameplay itself is pretty familiar to the genre - you have a basic attack, which can be held indefinitely to smash up small groups of enemies, along with a heavy attack for bad guys who block or simply have more health.

You also build up a meter as you battle, which eventually allows you to pull off a massive special attack, increasing in damage with every level of the meter you manage to fill without getting hit.

On top of this, you'll also unlock new skills as you go, which can open up healing zones, fire out huge AoE attacks, or simply put up walls to give you some breathing room.

If that wasn't enough, you need to keep an eye on your beam katana's energy, much like previous games. Let it run out without giving it a good shake every now and then, and you'll start to see your hits failing to do damage no matter what size your opponent is.

It all comes together into a pretty smooth combat package, but by God is it repetitive. Once you've worked out how to take on each enemy and which skills you use most, every combat encounter is basically just an annoying roadblock from the next part of the story.

The exception to this is Travis Strikes Again's bosses, which retain the bizarre flavour of previous entries in the series and provide some much-needed challenge that is mostly lacking from its various mobs.

Exacerbating the repetition problem is the fact that each game world takes literal hours to complete. After two hours of continuous hack-and-slash gameplay, you'll be feeling pretty worn out, and with only a handful of collectibles to dig up in each level there's really not much else to do aside from beat on enemies. 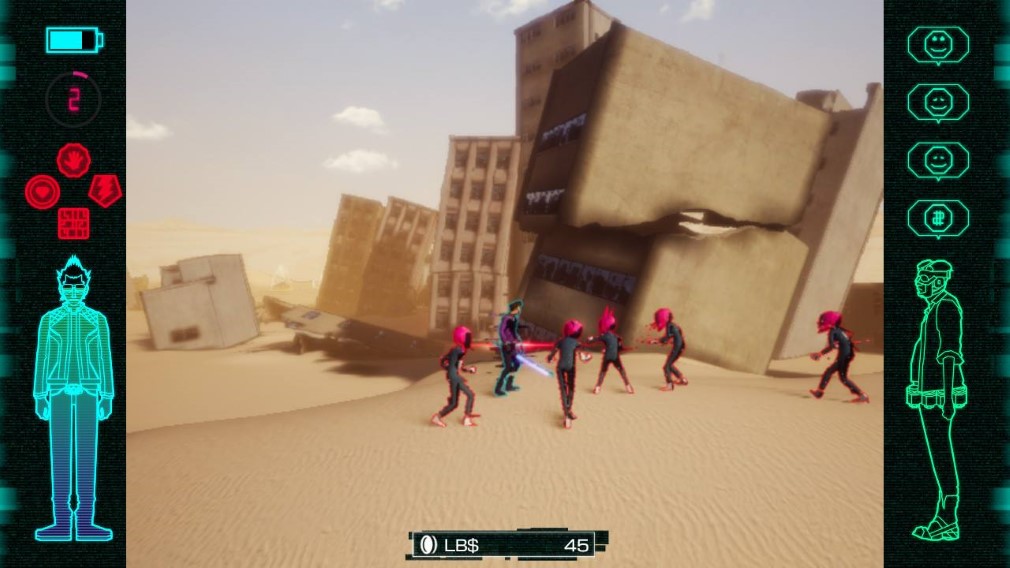 Get out of the levels into Travis' trailer and you can buy new t-shirts to wear, read up on some info about the levels you're about to play, and read a visual novel which updates between levels to explain some of the game's backstory.

With only six levels to play through, you can quite easily blaze through the whole game in a weekend, but you'll need an iron will to stick with the repetitive combat for that long.

All that said, SUDA51's iconic graphical style and over-the-top designs shine through at every corner, and every single second of Travis Strikes Again oozes that sweet ridiculousness you come to expect from his games.

It's often enough to keep pushing you on through the more laborious sections, as Travis spits out streams of foul expressions at every available opportunity and you marvel at the sheer stupidity of the entire situation.

No more No More Heroes

But as I said before, it just leaves you wanting more of the games you know. Travis Strikes Again: No More Heroes isn't a bad game, but it suffers from simply not being what we really wanted - a true No More Heroes sequel.

Its hack-and-slash gameplay is fun, if quite repetitive, and each level's twists on the formula do help you stop getting too bored with the overall experience. But for all its style and silliness, it all just feels a little hollow.

If you're looking for some ridiculous hack-and-slash fun to share with a friend, you can't really go wrong here. It is, at the end of the day, quite enjoyable. But it's best enjoyed in short bursts - something the game itself seems to be unaware of.

Travis Strikes Again: No More Heroes has the style of the series, but its repetitive hack-and-slash gameplay lacks any real substance
Next Up :
Evony: The King's Return review