The upcoming RPG Tower of Fantasy will soon launch in China, but before that, there will be an ultimate test that will begin on November 10th. Essentially, it's going to be a kind of test launch to check if it's adequately optimized.

About Tower of Fantasy

Tower of Fantasy is an upcoming open-world action-adventure RPG that features 3D gameplay. Hotta Studio has developed it, though, there isn't much information about the developers. In recent trailers, it’s clear the developers have made a lot of changes to the game. It looks like they really want to provide a wholesome experience.

You must have heard about the viral RPG Genshin Impact. Tower of Fantasy is very similar to it, except it has a little sci-fi touch. It also gives you the benefit of enjoying full HD top-notch quality graphics. The graphics and charismatic characters might just be on par with Genshin Impact. So, there’s potential for it to be a tough competitor for Genshin Impact. 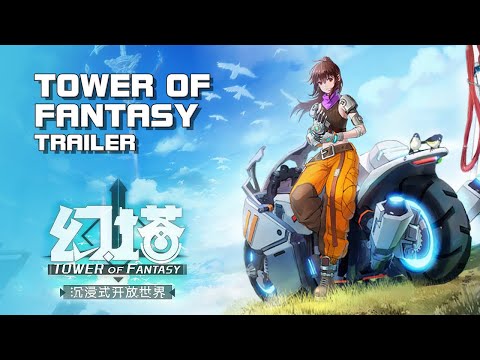 The final test of Tower of Fantasy will begin on November 10th in China. There's no information about its global release yet. The beta test will only be available in Chinese. In the Ultimate Test, they have made tons of improvements to make it more realistic and astonishing. They changed the characters a little to give them a more clean and powerful look. Some new characters will also make their debut in the Ultimate Test. Apart from that, they also made the colours more vibrant.

Every fan is expecting a lot from the game and hoping it releases globally soon because it will be a shame to see it limited to one country when it has so much potential. It might just change the whole RPG world. More information about its release probably will be announced after this test. You can follow the Tower of Fantasy Facebook fan page for more details.

Interested in RPGs? Check out our list of the Top 25 best RPGs for Android phones and tablets.
Next Up :
Rite of Kings is a tactical RPG that is in open beta on Android and iOS