No surrender: The making of Total War Battles: Shogun

After taking the last 12 years to refine its real-time strategy craft on PC with the Total War series, UK developer Creative Assembly has decided it's time to transfer its knowledge to another platform.

The result is Total War Battles: Shogun on iOS, which keeps many of the main tenets and functions of its PC counterpart - tactical combat, intuitive building, and unit management set in medieval Japan - but adapts the formula to best suit touchscreen devices.

In this interview with Renaud Charpentier, lead designer on Creative Assembly's digital team, he outlines why iOS and other mobile devices will play an important role in the future of the Total War series, and about the process of bringing complex RTS series to mobile.

Pocket Gamer: Why did you decide to bring the Total War series to iOS?

Renaud Charpentier: Total War is one of the most established strategy games on PC and has been for 12 years now. We wanted to expand the reach of Total War to other ecosystems, other platforms and other players and learn a little about development on mobile platforms too.

iOS was the initial target of choice as Apple devices are now powerful enough to run 3D triple-A games, and have such a wide market acceptance - so it allowed us to leverage many of Total War strengths we have: 3D mastery, motion capture, symphonic music and of course gameplay expertise.

iOS was a first step, and really a trial run - we want to extend Total War to many other ecosystems. Total War Battles will soon reach other shores of the digital ocean and that's clearly the way to go for us.

Why was Total War Battles: Shogun the right way to do this?

When you address players on new devices, you want to give them the best experience possible on the hardware they own. So from start we designed Total War Battles to be the best possible strategy game on any iOS device, including on iPod touch. 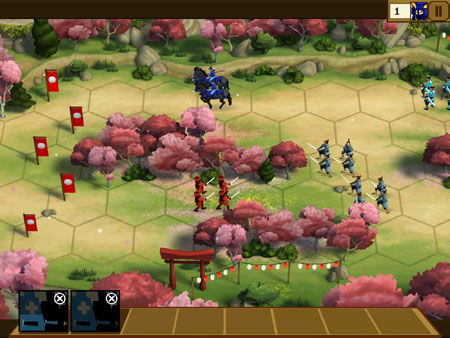 I think it paid off as we got a very good reception both from critics and players; they enjoyed having strategy suited for what they carry in their pockets.

Other strategy franchises just created ports of their PC games to iOS and it didn't always work well - it's just too different, both technically and in terms of usage. For example you don't want two or three hours game sessions on your iPad, so having a game structured for 15-20 minutes battles is a big plus to the players.

It's the same for the controls, you want a game where you can swipe, pinch, and tap - all the gestures you already know and that are suited on a touchscreen. If you don't reinvent yourself there, you will be crushed by competitors that will be 10 times more relevant than a lazy port.

What drew you to the iOS?

Both the dynamism of this ecosystem and the quality of its platforms. That was a perfect kind of playfield for us, an almost uncharted land in terms of RTS. Players on iOS have many, many opportunities for great games, including free ones, so if you manage to please them it means you are on the right track.

Also, compared to similar ecosystems - such as Android - iOS is a much less fragmented market in terms of hardware. Android will come this summer, but technically it was much more work, and so more time.

How would you define the type of game you've created in Total War Battles: Shogun?

As many reviewers called it: a RTS streamlined for touch screens. It's not a tower defence game, it's not a line attack game, it's really a fully-fledged real time strategy game with specific elements to make it more playable and easy to access.

At its heart, a classical RTS is all about driving an economy to feed military needs and then control troops to achieve tactical objectives. 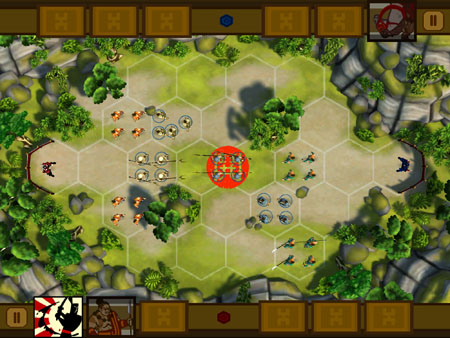 That's exactly what you do playing Total War Battles, you set up a base to gather resources, spend them to build units and then give orders to those units on the battlefield.

How did you decide on the best way of adapting the series' real-time formula to the format you ended up with for Total War Battles: Shogun?

Very simply, by trying and testing. We started with a small prototyping team and quickly crafted playable prototypes. So we knew what we wanted to achieve but we were open on the way to achieve it best.

Most systems that work great in the final game are the 3rd or 4th iteration. We kept and polished what worked, what was fun, readable, and playable. The final format of the game came from field testing, not pre-conceived thoughts on what could be a great RTS on handheld.

How long did the game take to develop?

We did quite a lot of prototyping but once we knew what to build and how to craft it, production was fast. Including thinking time it was about 12 months in total. You have additional time spent to localise the game, QA it properly, publish it, but core development is finished at these stages.

Once we finished the initial version of the game, we switched to work on additional content for it while working on other platforms, such as Android.

What tools did you use?

We used the Unity engine to build the game. It provided us with a complete SDK. It's both an authoring tool through its editors and an engine capable of running on almost all existing hardware. That saved us a tremendous amount of time at the start by being able to prototype from the first week on.

Aside from Unity we use the classical development tools: Photoshop, 3DSMax, Perforce, Visual Studio.

Why is now the right time to bring Total War to iOS?

Just a few years ago, there wasn't the valid hardware to do it. The digital and handheld markets are moving so fast that we forget something like iPad is just slightly more than two years old. 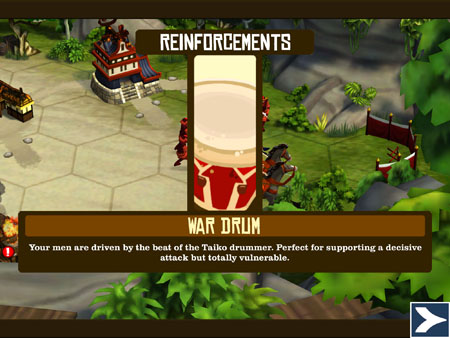 If you move back even to 2008, you don't have handheld devices capable of displaying 80 3D animated men on screen. Now hardware like PlayStation Vita or iPad 3 are closing on actual console specs, so it the perfect time to bring a deeper experience to them.

What inspired the multiplayer mode for Total War Battles? Why not include an online mode?

To be honest, when we first tested multiplayer games on iOS our experience was not that great. Turn-by-turn multiplayer works great, but is obviously out of question for a real-time game.

So we though, how could we make the multiplayer gameplay more accessible? Playing it with two devices? Well, even better with a single one... so again, we tinkered around that and liked the result.

That was a long time ago, in terms of this ecosystem evolution, now you have got a service like Game Center. So we are looking at that and considering it for the future; you have to adapt, things move so fast you need to be able to change your mind.

There is clearly a lot of content in the game, but how are you ensuring players will want to keep coming back to Total War Battles?

It's true that iOS is a crowded place, but so is any other gaming marketplace. Like everywhere else, you need first and foremost to offer a very good game and also to back it up with a strong brand for more visibility.

On the matter of keeping players coming back to the game, it's proposing updates that add contend and features over time. The key here is to listen to your fans and develop what they need: when Total War Battles released it lacked a skirmish mode and many players asked for it. So we updated to version 1.2 which contains a complete skirmish mode and many other features players wanted.

What plans do you have for future expansion?

We already have another update planned and ideas for more, as I said, it's really the players' demand that drives the content. 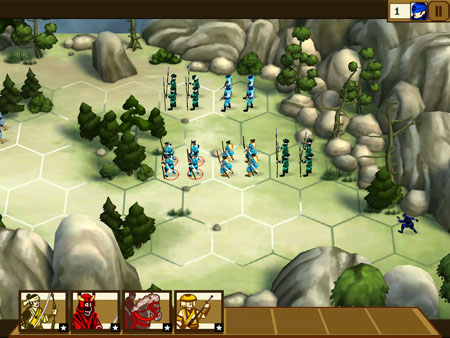 At some point - as with any game - you wonder if you should add even more content or start crafting the next one. It's interesting from a development point of view because there are some ideas you love but you can't manage to add in the existing game.

It's the same type of discussion you have on the PC version of Total War - you have Empire, you craft Napoleon... then at some point you want to do Shogun 2. But that doesn't prevent you from coming back later on, so we are just releasing more content for Napoleon right now, quite some time after Shogun 2.

What's next for Creative Assembly on mobile?

We can't really be very precise, but a Total War Battles 2 seems quite likely. How the game will be structured, on which platforms, and with which background; all that remains to be seen.

Creative Assembly has everything it needs to keep doing great games; there are quite a few nice surprises in our pockets. Mobile is just a part of the rising, fully digital economy of games - it's going to be more important in the years to come. So it's going to be even more important to us and we now have a solid footing there.

Thanks to Renaud for his time.

Get Total War Battles: Shogun for 69p/99c on iOS - the cheapest it's ever been