The Time Geeks series debuted on iPhone with the 2010 release Time Geeks: Find All!, a hidden object game that won plaudits for its retro-influenced pixel art, but very little else.

This second entry in the fledgling franchise is a fast-paced matching game that inherits Find All!’s charming art style and injects even more references to popular culture into the puzzling action. Its overall lack of substance, however, means it fails to improve substantially on its predecessor’s lukewarm reception.

The aim of Time Geeks: Cloneggs is to pair up cartoon caricatures of pop culture icons, such as Elvis, The Terminator, and Che Guevara.

These historical figures hatch from eggs which occupy squares in a grid on the screen. Hatching occurs automatically, but the process can be accelerated manually by tapping an egg with your finger.

Once the famous folk have hatched, you must draw a line between a pair of identical characters to remove them from the grid. All matching pairs must be cleared from the screen before time expires.

The main game mode in Time Geeks: Cloneggs is Eggbreaker, with two further modes - Madness and Custom - unlocked as you progress through its six sets of levels.

Successfully completing a level unlocks one of the 200 characters, who will then appear in subsequent stages. Unlocked characters are displayed in your collection and each one has a QR code that can be dished out to interested friends.

The early levels are fairly processional, though once the number of eggs and types of character increases, it becomes that much harder to distinguish between them and thus identify potential matches.

Madness mode is largely similar to Eggbreaker, except for the inclusion of special items which are unlocked by completing Eggbreaker levels.

Time Geeks: Cloneggs's simple and effective controls never let you down when the pressure is really on, and there's some real satisfaction to be had in collecting and deducing some of the more obscure personalities.

It is unfortunate, though, that this compulsion to collect is aroused in spite, and not because, of the gameplay, which is repetitive and unchallenging. Once a productive strategy for picking out matches has been formulated, the game rarely forces you to modify this approach.

This lack of depth results in the game becoming stale far too rapidly, and given the two additional modes can only be unlocked upon completion of at least half of the Eggbreaker levels, you'd be forgiven for knocking off early.

The matching gameplay is solid enough, but most of the attraction of Time Geeks: Cloneggs is derived from its excellent art style. The game itself, however, feels a little bit like an afterthought, with its lack of dynamism failing to sustain interest. 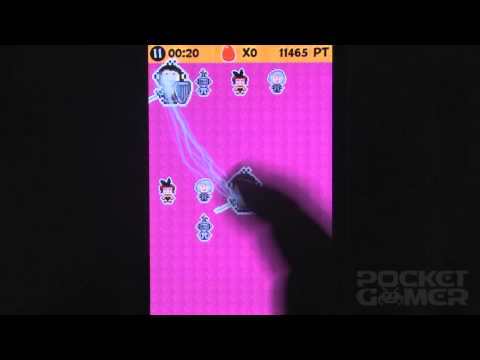 Time Geeks: Cloneggs’s delightful pixel art and pop culture-inspired sprites are not charismatic enough to compensate for a solid but ultimately mediocre matching puzzler
Next Up :
REDMAGIC 8 Pro review - "A beast in performance, but not without growing pains"