"As long as I can make one or two other games that people like, I'm kind of okay for the rest of my life," Mike Bithell tells me. "Which is kind of ridiculous."

With his boxy puzzle-platformer Thomas Was Alone, Bithell has become a poster child for a new group of game makers who left their jobs at traditional developers, forged their own path, and made something that has become wildly successful.

Earlier this year, Bithell announced that he had sold over one million copies of Thomas Was Alone.

"I now spend my days doing what I want, when I want, with no boss, making any game that I feel like making. And it seems like I'm going to be able to do that for quite some time."

Bithell made the initial concept of Thomas Was Alone during a personal 24-hour game jam while working at Blitz Games in 2010.

Then, he worked on a more complete version in 2011, during the weekends and evenings away from his new job at Bossa Studios. Six months later, and Bithell left Bossa to go solo.

"I was a jobbing designer working on a series of games and then my little hobby thing that I made mainly to let off steam after work became a thing," he says. "It's life changing. It's a massive shock. I wasn't expecting it, obviously. I'd be a prick if I was." 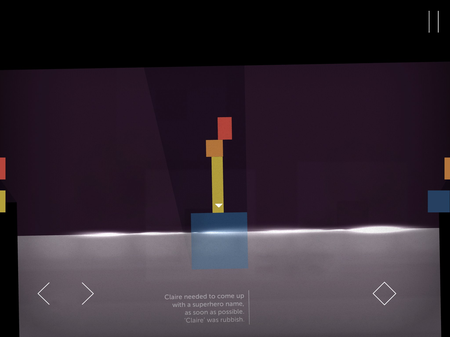 But Thomas Was Alone's success is more than just financial. Bithell is also immensely proud of his creation. Most of all, he's proud of the story, "which is weird because that wasn't the original objective of the game".

"I thought I was making a really smart puzzle game with an adequate story and it turns out I was doing the absolute opposite of that. Which is fine. I don't mind."

But the most surprising thing to Bithell was the way that the game connected with such a broad range of people.

"I thought I was writing a story for nerdy grown-up teenage boys like me. Stories about arrogance and acceptance, seen through my kind of eyes."

But despite that, "I get sent photos every day of kids playing it, the elderly playing it, Thomas Was Alone being taught in schools."

"I didn't aim for broad. If I was aiming for broad, I'd put googly eyes on everything. But it turns out I didn't have to do that, and Thomas Was Alone found a very diverse audience anyway... something of which I'm particularly proud." 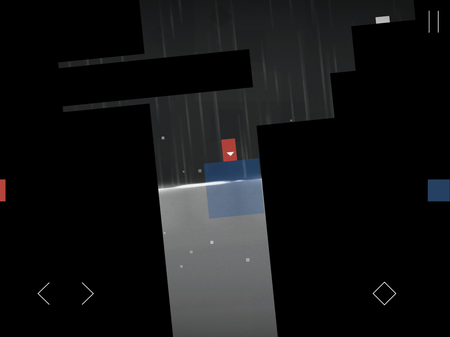 He still receives fan art for the game. "I tear up every time I see a new piece. It's still weird to me. And it's outside of my realm of understanding that someone in America would be so touched by something that I've made that she would paint a beautiful picture of a character as she imagines it."

And that last part is important. It's easy but not much fun drawing a bunch of coloured rectangles as your tribute to a game. So, people put their own interpretations on Thomas the red rectangle and Claire the blue square.

"I am interested in the way people interpret it," Bithell says. "You spend time making stuff and you're like, 'this is the message I'm conveying.' And then you read on a website someone getting completely the wrong end of the stick, as you see it."

"It's fascinating. And it's nice to have an impact and have anyone bother to even think about what I made." 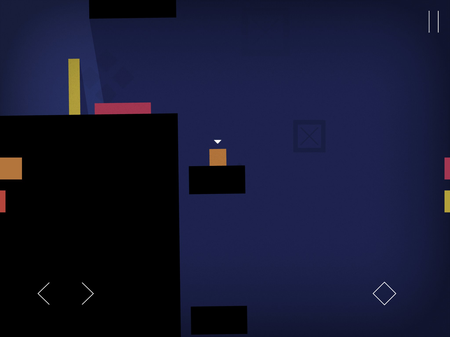 I ask Bithell whether he would change anything if he could go back and do it all again.

"I feel like every stupid mistake and bad choice I made probably led to this point. It's a weird one because even the negative, like having a particularly bad day at work and going home and coding angry, may have affected something or made something better."

In fact, the original prototype was built because Bithell's girlfriend "was working away from home and I was feeling lonely one weekend. There are negative and positive influences that all work together to make it its own thing."

Bithell's success has surely inspired others to try their hand at game development. And he has plenty of advice for new creators starting out. 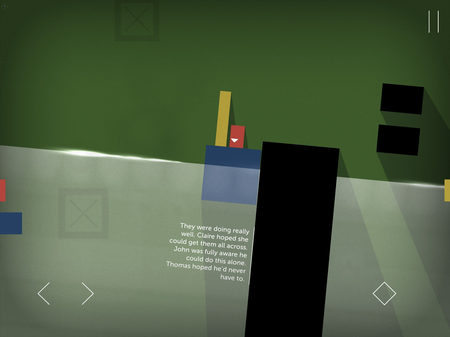 "Know your limitations, and use them. I think we can always be a little bit too ambitious.

"I chose two or three things with which I wasn't comfortable - programming a game and writing, which I'd never done before. Those are the areas where I'm pushing myself. Everywhere else, though, I'm playing it safe and just playing to my strengths."

In this regard, he points to Kevin Smith's early film Clerks, which was shot in the place Smith worked and included a scene at the start where the shutters were closed so the director had narrative justification to shoot most of the movie at night.

Bithell's next game is Volume, a pacifistic stealth game set inside a military computer that can simulate heists. Hero Locksley uses the device to broadcast his simulations of high-profile crimes across the internet like he's streaming them on Twitch.

"So, with Volume I can now program and write for games, but I want to have a go at doing AI properly. And I want to stretch my legs script wise and have characters talking to one another with dialogue."

But there are still limitations.

"I have enough money to make something that looks pretty, but not enough to have ten hours of rolling levels. So, I will set it all in one room. But I'll make sure that room is pretty.

"It's about choosing the fights and working with what we have. What I'm not going to do is try and make an open-world MMO with driving sections." 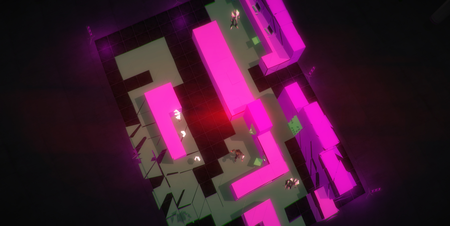 Bithell's not sure if Volume will have the same broad reach and impact as Thomas Was Alone.

"This is another game targeted at nerdy teenage boys like me, but I'm not sure it will have the same crossover as Thomas Was Alone because it's like Robin Hood-meet-Tron. But we'll see."

What he is certain of, though, is that while he only needs to make one more game to be set for life, he definitely won't stop there.

Thomas Was Alone is available on Vita and iPad. Volume is heading to Vita "when it's done".

Alone no more: Thomas Was Alone is joined by iPhone and Android versions