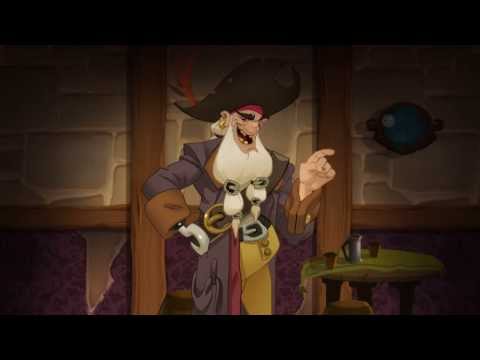 If you like playing piratical puzzles on your Android phone or tablet then I've got some good news for you. Mojo Bones's The Voyage has just dropped anchor on the Google Play Store.

The game, which is a sort-of follow up to The Curse, is essentially a series of fiendish puzzles wrapped around a story about rum doings among pirate folk.

At review we called the iOS version "an intriguing, vexing puzzle collection from the maker of The Curse," adding that it's "let down by some less-than-enjoyable puzzles and a few unwelcome IAPs," and giving it a Bronze Award.

In other words, it's probably worth a punt. You can grab it right now from the Google Play Store for 59p / 99c.

Out at midnight: The Voyage is Mojo Bones's pirate-themed follow-up to the Silver Award-winning The Curse

From the creator of The Curse...