The Third Age, a fantasy strategy title has reached its two years anniversary. And so, the publishers will be celebrating the occasion by rewarding players with gifts and lots more.

In a recent announcement, R2 Games has stated that they will be carrying out a free gift giveaway event for the players who supported them and actively played the game from its launch until the second anniversary.

The Third Age is an empire-building strategy title where the player acquires the role of the emperor and expands their territory using a mixture of power and strategy. Just like any other empire strategy game, this one follows and features the same path.

One of the exciting features of the game is that it supports cross-platform gameplay. Also, it offers multiple language options that include English, German, French, Chinese and will support Polish in the future too. 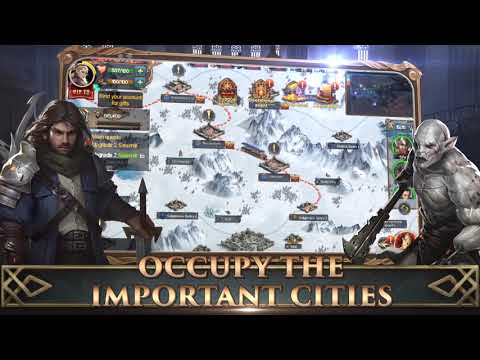 The game allows you to be the General your people need. The entire kingdom wants you to protect them and look after their needs. As you play the General of the kingdom, fulfil all your duties such as recruiting and training new soldiers, upgrading gears and items.

Players interested in playing multiple modes can choose from PvP, PvE, and GvG mode. Also, the game has newly added features to make the battle experience more engaging. The graphics and soundtrack perfectly match the battle themes and animations.

Regarding the free gifts for the celebration of the anniversary, players have to redeem the gift code for the 2nd anniversary D7AB2A0FE5CE4397B1081F5C13851A7A which will be expiring on the 31st of June.

You can download and enjoy The Third Age for Android by heading to Google Play for Android, where it is a free-to-play title with in-app purchases.

If you like strategy games, you should check out our list of the best ones available to play on Android devices.
Next Up :
Black Desert Mobile reveals new Drakania class alongside other major updates and announcements