iOS + Android
| The Lord of The Rings: Rise to War

If you're a regular Pocket Gamer reader, you might be familiar with our LaunchPad events. To date, we've run five of them, each celebrating the latest and greatest mobile games on the site and our Twitch channel. This week it's set to make a glorious return in a slightly different form to the usual.

NetEase Games is sponsoring a one-off LaunchPad Special stream that will focus entirely on the newly released Lord of the Rings: Rise to War. The hour-long live stream will take place over on our Twitch channel this Friday, October 29th at 6 pm UK, 10 am PST, 1 pm EST or your local equivalent. So, make sure you tune in!

Hosted by James Gilmour, the show will take a look at the game's story so far alongside a glimpse of what to expect in the future. It will also feature an exclusive interview with the developers, and, of course, no self-respecting live stream would be complete without a sprinkling of gameplay. So, we will go hands-on with the game, so you can see what Lord of the Rings: Rise to War has to offer. 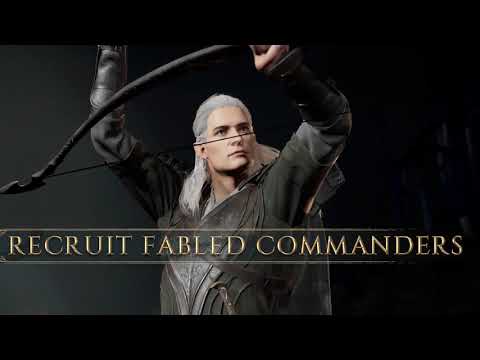 If you're unfamiliar, Lord of the Rings: Rise to War is a strategy game based on J.R.R Tolkien's popular and iconic fantasy series. You will need to create a well-protected base of operations by constructing a variety of buildings that provide unique functions and contribute to the growth of your power.

But creating several buildings won't be enough. You will also need to assemble a powerful army to battle against Middle-earth's most formidable foes. Some of the options available to you include spearmen, archers, and knights alongside more fantastical creatures and beasts.

If you want to try the game ahead of the live stream, it is available now on the App Store and Google Play. It is a free-to-play game with in-app purchases.

The Lord of the Rings: Rise to War guide to increasing Ring Power