The Lion's Song is an episodic, narrative driven point and click. You interact with different objects in the world, choose what to say, then wait another three months to do it all again.

So far, so Telltale.

But The Lion's Song is different because it's actually, y'know, good. (Ooooooh, sick burn!)

Set in mi'pu'mi Games's homeland of Austria, Episode 1: Silence follows a young musician named Wilma. She's sent to a cabin in the woods for inspiration - and the hook is that she can visualise the music in the world around her.

Episode 2: Anthology switches to an artist called Franz, who can see the layers of his subjects' personalities. He must paint other people's layers in order to discover his own - and you, the player, need to guide him to these layers. 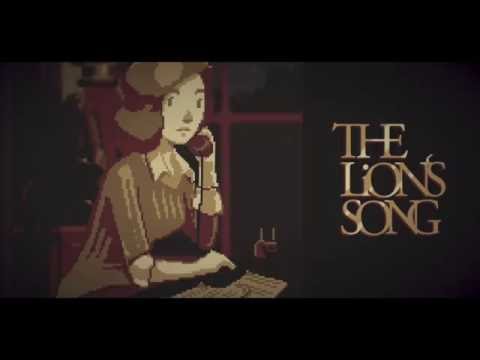 Of course, the stories of each episode are intertwined, but in more ways than usual: as well as your decisions affecting what happens in future episodes, you can actually influence past episodes too.

For example, Franz can paint pictures in Anthology that then appear in Wilma's cabin in Silence!

The Lion's Song is certainly intriguing, and we can't wait to play the whole thing.

Episode 1: Silence is out now on PC available for free, with the second being released in September for £2.99 / $3.99. The complete four episode series will be available on iOS and Android at some point in the near future, while the season pass will cost £8.99 / $9.99.

Keep your eyes peeled on Pocket Gamer for more news on The Lion's Song.