The Lego Movie 2 is a fantastic film. Saying any more than that runs the risk of spoilers, since its more interesting themes are explored late into the story, but trust me when I say it's well worth a watch.

The Lego Movie 2 Videogame, however, is just OK. It has a few too many mechanics in play, it doesn't run particularly well in handheld mode, and it's mostly just more of the same for anyone who's played a Lego game before.

But perhaps its biggest crime is how it manages to lose all the fun, humour, and charm of both the movie and the Lego games in general, and ends up just being a fairly generic movie tie-in platformer.

Without wanting to go to much into story spoiler territory, The Lego Movie 2 Videogame sees bumbling hero Emmett and his cast of colourful friends on a quest to save, well, the other friends who have been kidnapped by aliens. 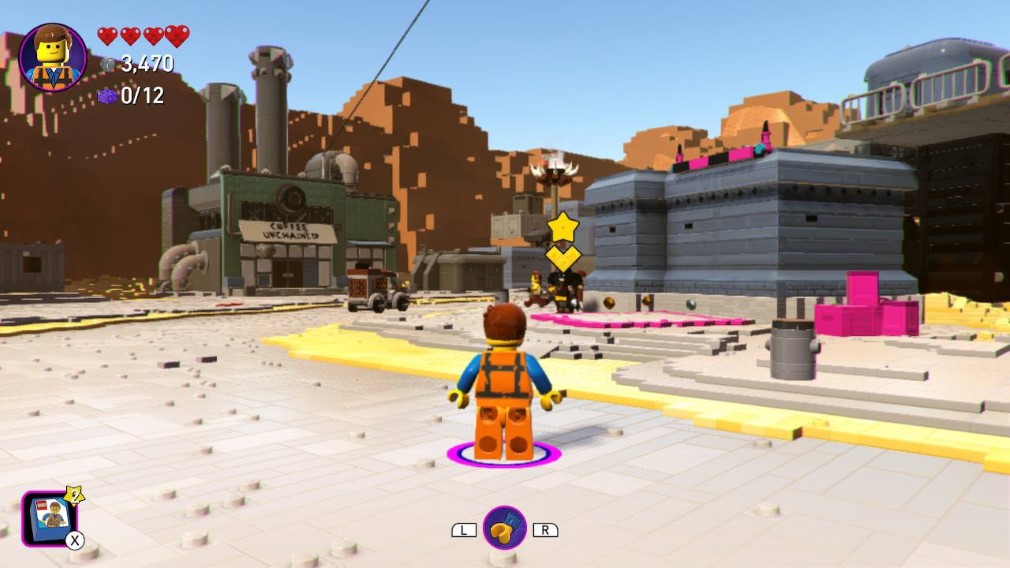 Each level of the game is really quite large, with plenty to find if you want to go exploring. There are also a bunch of different people to chat to and take on new quests for, so you're never short on things to do.

And, of course, there's a whole lot of building to do. While older games focused more on context-sensitive build spots, here you're given a menu full of objects to build which all have different uses for different situations.

For example, you can throw down a Bouncer to help you reach higher platforms, or a Sprinkler which puts out any fires you come across.

There are tons of choices in there, and while that gives you a lot to do, it also means a lot of menu navigating to find the thing you actually need, which slows the pace of the game considerably - especially given that you'll need to be building new things every couple of minutes.

Putting it all together

You also need to have specific coloured Lego pieces to build each object, which must first be found by smashing nearby items and hoping they contain the right piece. You're never far from smashable junk, but it feels a little like busywork on top of the already slow menu navigation.

Platforming is also an important part of the game, but it's not particularly tricky. Any parts which require precise jumps simply have context-sensitive actions to hit, so you never really need to even try, which is a bit of a shame.

And, worst of all, the game just isn't funny. The Lego games have always been full of cute, silly humour, and the Lego movies are hilariously. This game is neither - it's just a bit dull. 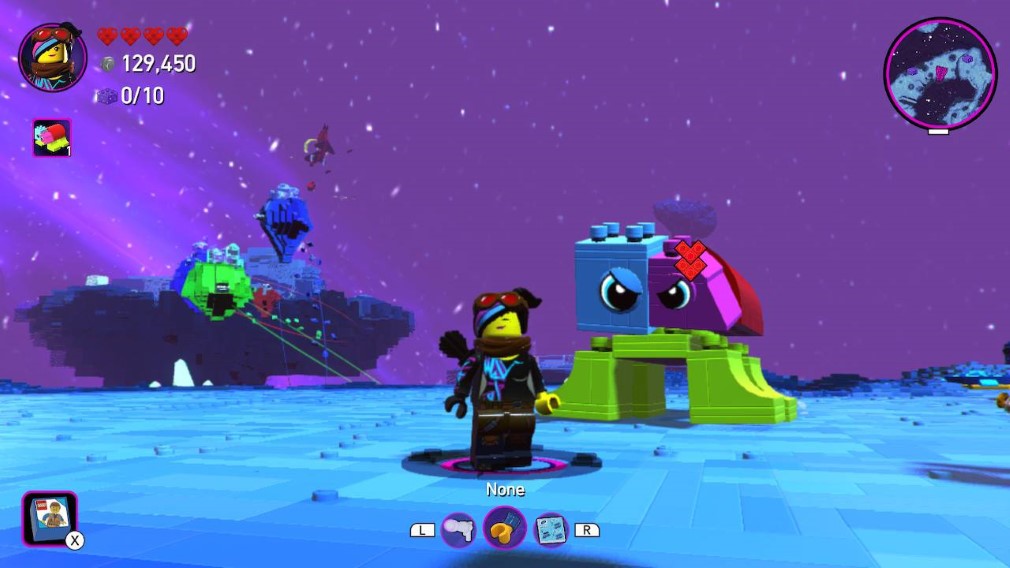 Main character Lucy narrates the tale as you go, with voiced side-characters explaining quests, and absolutely no dialogue at all in the cutscenes. There's plenty of chances for quick jokes in all this, but all of them go to waste, and the narration is also pretty dull.

On top of that, split-screen play in handheld mode causes the game to run like treacle, and it's not even the prettiest Lego game there's ever been either.

What you're left with is a relatively competent platformer that kids might enjoy, but falls flat on just about every front.

There's lots to do and see in the large, open-world levels, and there's plenty of customisation both in the characters and the objects you build.

But it's all wrapped up in a fairly limp platforming adventure that tries to add too much to a formula that thrived on its simplicity. The Lego games keep trying to build themselves up, but maybe it's time to take out a few pieces and focus on the fun factor.

The Lego Movie 2 Videogame is a perfectly playable platformer, but it misses the mark on so many fronts
Next Up :
Hero Emblems II review - "Lovely visuals and music, but match-3 combat lacks strategic depth"