When you think about playing a World War game, you think of first-person shooters, a bunch of guns and explosions, and a fight you need to win. But you never really stop and think about the other people. Normal citizens who aren’t fighting and just want to live their lives. Of course, you won’t find this type of content in a video game.

That is, until now. Enter The Last Train, a game developed by Smash Game Studios that just hit the App Store. This game takes you to the United States, in a parallel universe set after the events of the Second World War.

You play as a train pilot, and quite possibly the last hope for some people. Your job is to use your train and your skills to transport people across the country. You’ll have to decide who you want to help in your journey. You can choose to help people who will give you good rewards for your work or help people in need, who don’t have much to give. 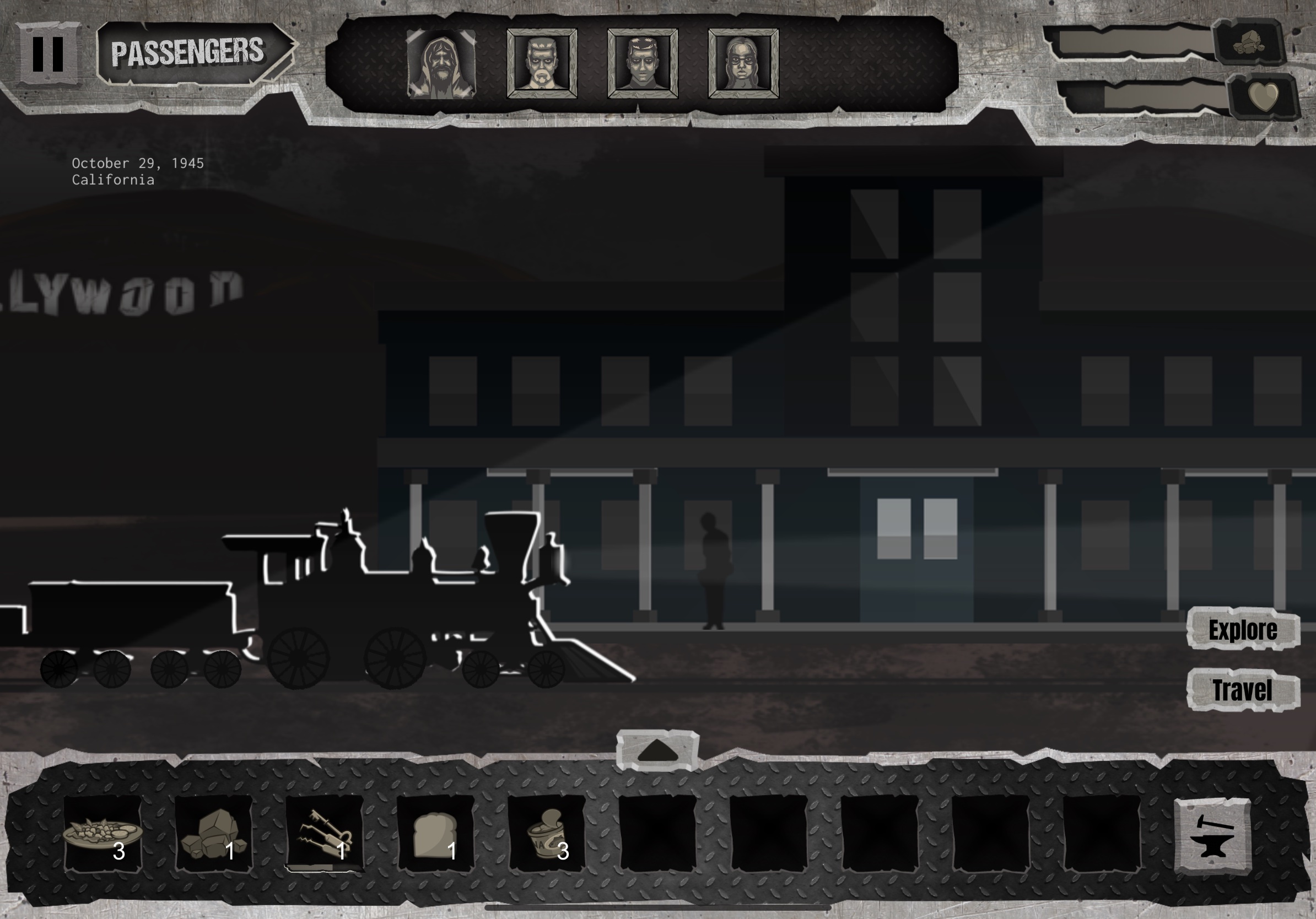 The choices you make will shape your story. I know we’ve heard that before in many other games, and to be completely honest, I don’t know how much your choices affect the game’s story, but the outcome does affect your game since your choices can affect your train or even your health.

The Last Train has two different game modes. It has a story mode, which is told in several different chapters, and a Sandbox mode, where you can explore the States freely helping people endlessly to reach a higher score.

The story in The Last Train is interesting and compelling, but the pace is a bit slow. You’ll trigger bits of the story when you make several days pass, and you do this by transporting people, which is a bit slow. Sometimes you’ll get a cutscene and will be eager to find out what happens but it takes too long to find out you start to lose interest. 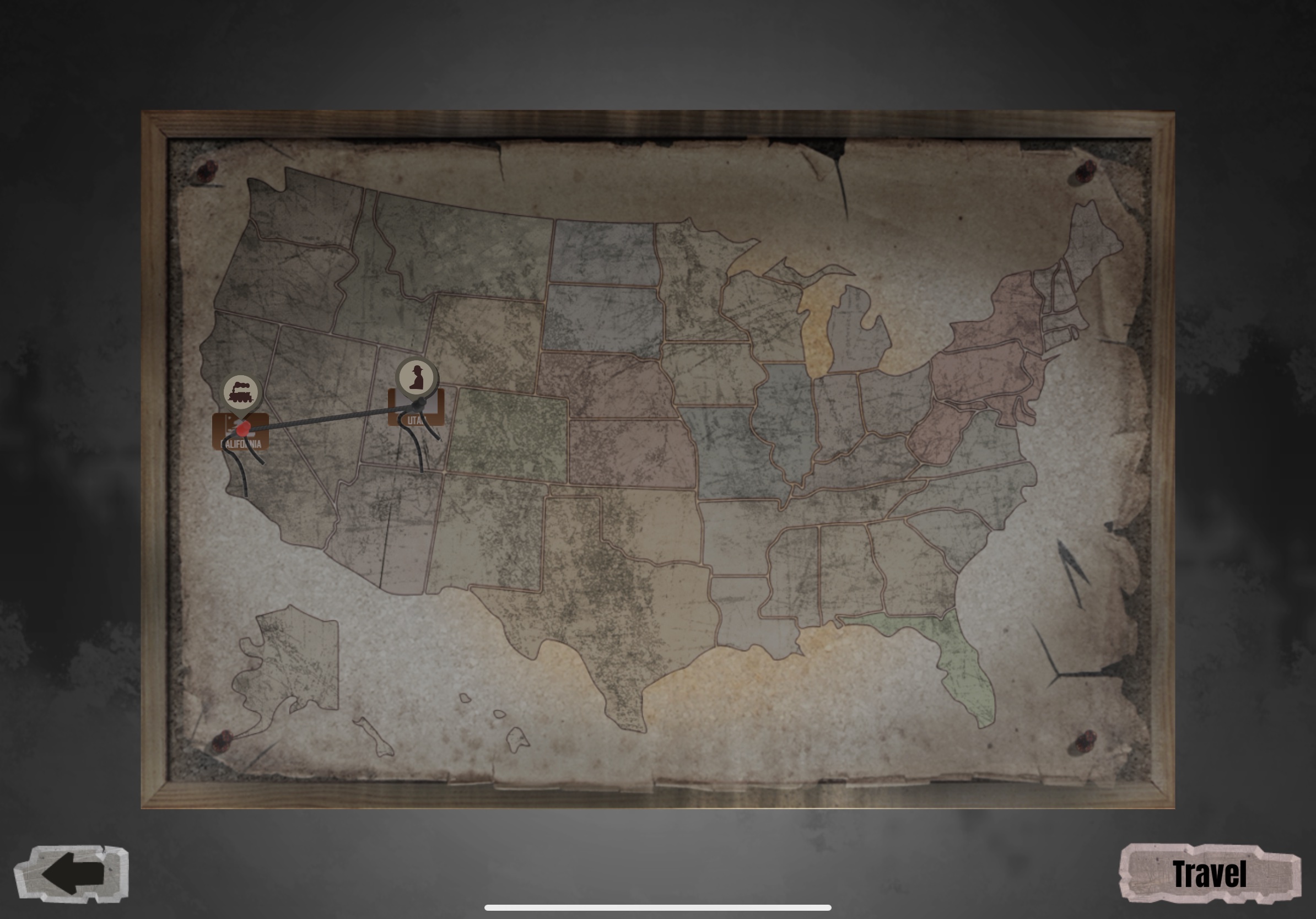 We’ve always heard that gameplay is more important than graphics, and this couldn’t be more accurate with The Last Train. Aesthetically, the game is stunning. The post World War universe is so eerie and depressing, and the music is so ominous you always feel like someone is waiting for you, especially when you’re exploring.

The point is, this game is gorgeous and immersive. You can see and share the fear and sadness of your passengers, you can sense the world is ending and you feel powerless because there’s nothing you can do but pilot your train.

The biggest issue I had, however, was with its gameplay. First, let me explain what the gameplay is. You start in a train station, you talk to the people that need a ride, you see which State they’re going to and in how many days they need to get there. You select the next State you want to go and drop the passengers off. 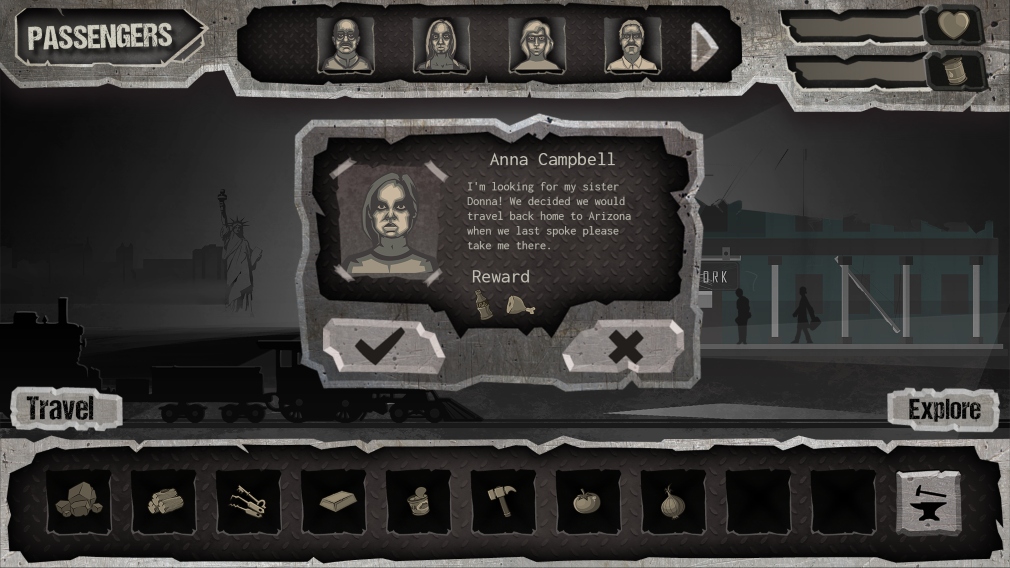 The passengers will give you rewards, like food or other objects which you can use to craft other tools that’ll help keep you healthy or make improvements to your train.

After you’re done with those passengers, you pick up more people and repeat the process over again. Sure, there are other things you can do, like explore a small portion of each state to scavenge from the trash cans and empty houses, but that’s equally repetitive.
Plus, The Last Train is supposed to be a survival game, but I didn’t struggle for most of the game. There were times where I was running low on fuel for my train, and my health was depleting fast, but I managed to fix these issues fairly quickly. Maybe I was taking too many rich people on my train. 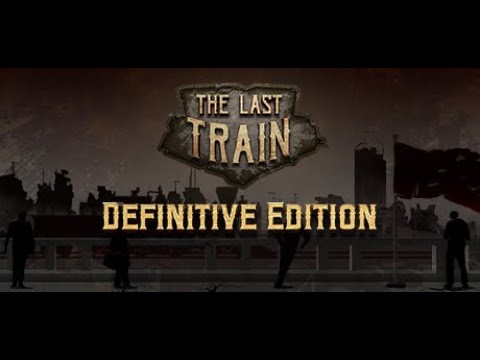 I just want to make this clear. I like doing repetitive tasks in video games. I enjoy shiny hunting, which, if you know what it is, you know is the most repetitive task there is. So, for the most part, I enjoyed playing The Last Train. Choosing the right passengers, decided an efficient route to transport everyone in the least amount of time possible, and managing my resources really kept me hooked.

It was until I wanted to know more about the story that I realized I was just doing the same thing, and that I wanted to finish quickly so I could make some progress. If you’re playing the game, make sure you stay focused on the journey, not the destination. But if you get bored easily by doing repetitive tasks, this game is probably not for you.

If you were to ask me if you should try The Last Train for yourself, I’d say absolutely. The Last Train is a game you need to try for yourself. The story is compelling, the narrative is great and the graphics and music are top-notch. Despite the repetitive gameplay, there’s a lot of states to explore, a bunch of objects to craft, and many achievements that can keep you playing for hours on end.

If you’re a fan of dark, post-apocalyptic worlds, you’ll love the universe and scenery in this game. But if you’re looking for something darker, you can always play some of the best horror games for iPhone or iPad.

The Last Train is finally available on the App Store. This ominous world is set in another universe where the United States is living in a post World War 2 era. You're just a train pilot, but for some people, you're their last hope. Are you willing to save the people in need? Or are you just going to look after yourself?
Next Up :
Valiant Hearts: Coming Home Netflix review: "A touching war story from various angles"