Switch
| The Flame in the Flood

There have been more than a few procedurally-generated survival games in recent times, but few of them have quite as much heart as The Flame in the Flood.

It's not the best indie game to come to Switch in the recent glut, but I can imagine it becoming the cherished favourite of a dedicated few.

The rain came down

You play the part of a survivor in a post-apocalyptic, flood-swept America. You'll spend much of the game as you start it - vulnerable, hungry, under-equipped, and one poor decision away from death.

The Flame in the Flood is really a bunch of teeny-tiny randomised levels in which you must scavenge for crafting materials and food, find or build fireplaces, hunt, and discover shelter for the night.

You can also combine the materials you find to make a whole bunch of vital contraptions and weapons, from knives to traps to healing soups. 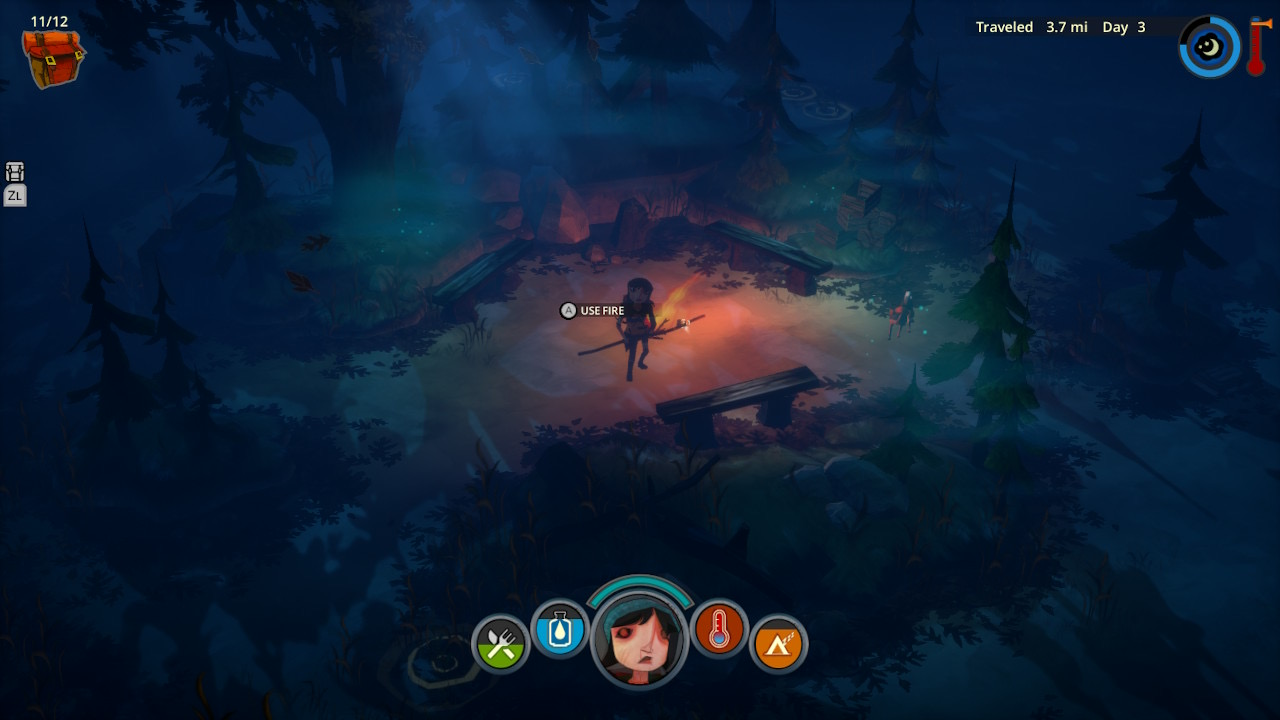 All of these items take up an alarming amount of your limited inventory space, which is spread across your backpack and that of your faithful dog - who also sniffs out items of interest for you.

What really gives The Flame in the Flood its personality, though, is the ferocious river that links all of these micro-environments together.

There are only so many items to scavenge in each area, so you'll find yourself frequently returning to the great central river that's at the heart of the game.

What an environment it is. Displaced houses float lazily alongside you, debris tangles up into treacherous clumps, and the eyes of vicious predators stare hungrily at you from the embankment. 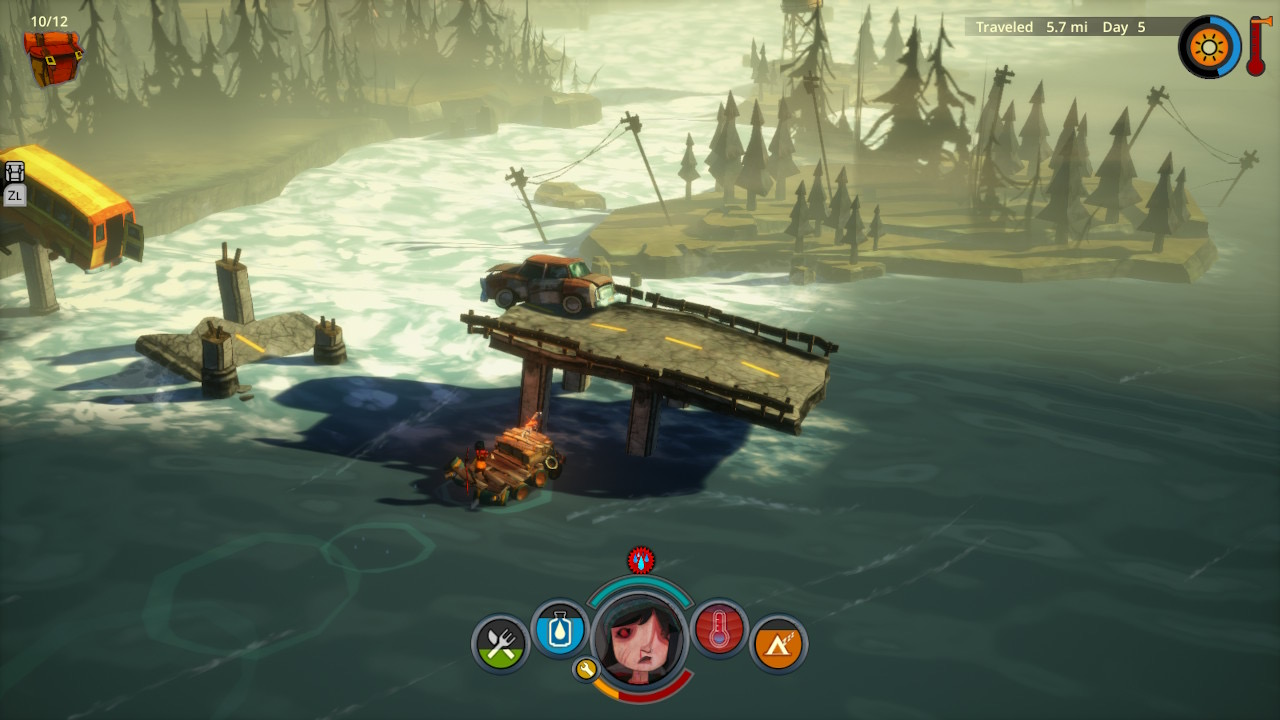 You'll develop a love-hate relationship with the raft that carries you along this river. You're only ever in partial control here, paddling like mad just to move across the current to a docking point that captures your interest.

There's a side-step function that can steer you out of trouble at the last minute, but it will just as often drag you deeper into danger. It's not a particularly precise art, and you'll find yourself cursing the craft's clumsiness - at least until you can get a few upgrades done.

Still, returning to the river invariably creates a palpable buzz. What will you find around the next bend?

Part of that, to be quite blunt, is because exploring the land in The Flame in the Flood can get a bit dull. These environments are rarely particularly interesting in isolation, with a few exceptions (such as when other humans turn up).

Most of the interest here comes from the sizeable, rickety tech tree that you embark upon, and the constant pursuit of that feeling that you're actually thriving out in the wild. 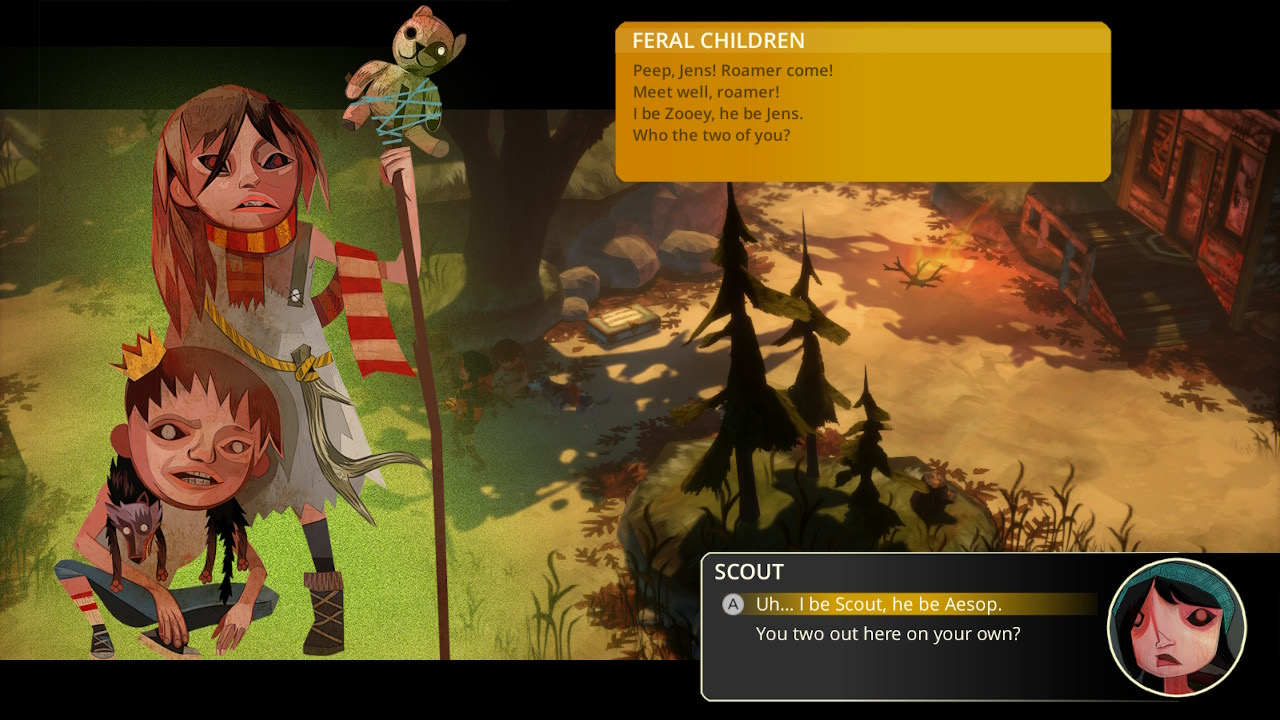 It's perhaps merciful, then, that there's a checkpointing system at play in The Flame in the Flood's default mode. You can opt to introduce permadeath - and many will insist that's the only way to play it - but I'm not convinced the game's core mechanics are fun enough to bear the grind.

The Flame in the Flood is an absorbing survival game with bags of heart and some genuinely interesting ideas. Its constituent parts can grow wearisome, but there's always a majestic river nearby to sweep you onto the next challenge.

A restless procedurally-generated survival game with a few shonky mechanics and bags of heart
Next Up :
Evony: The King's Return review