Available now as a free-to-play game for iOS & Android

The Everlasting Regret is a story-driven puzzle game from Tencent's Lightspeed & Quantum Studio, developer of PUBG Mobile. It's based on the Chinese poem Song of Everlasting Regret and presents you with a tragic love story told through Tang dynasty-era artwork.

The poem was originally penned by Chinese poet and governor Bai Juyi. It's said to have been inspired by the love story of Emperor Xuanzong and Lady Yang, whose whirlwind romance was interrupted by a pesky war. With the emperor now called to lead his men into battle, he decides to bring Lady Yang along for the ride.

This, as you might imagine, turns out to be an utterly fatal mistake. Xuanzong's men soon demand that she be killed for distracting him from his duties, and for whatever reason, he allows it. With Lady Yang dead by his actions, he is forever haunted by memories of their time together. So, not exactly a happy ending. 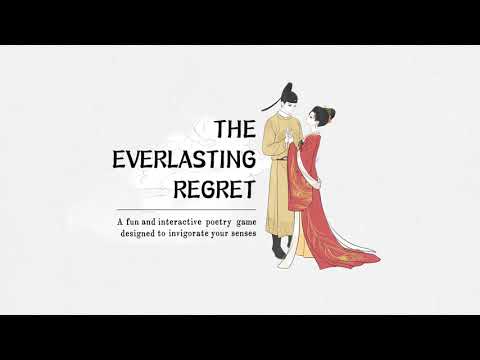 The game takes this tale and breaks it down into a series of story pages, all with their own puzzles to solve. There are three distinct paint elements to work with: Vivify, Bond, and Destroy. They'll allow you to interact with each page and gradually uncover secret scenarios as you progress through the game's four chapters.

On top of the main story, there's also an encyclopedia to check out, commentary to listen to, achievements to earn, and artefacts to enjoy. And to say that The Everlasting Regret is pretty would be something of an understatement – the Chinese ink-brush painting style looks wonderful.

If you reckon a beautiful but incredibly sad love story is what you need right about now, you'll find The Everlasting Regret available for download as a free-to-play game from over on Google Play and the App Store.

In need of some quality puzzlers? Here are 25 of the best for iPhone & iPad
Next Up :
Fortnite releases Geralt of Rivia skin for battlepass users alongside the School of Llama challenges