Heroes in a half shell

Raphael was always my turtle. I had an action figure, or toy as we called them in those days, and spent hours wiggling his little green arms pretending I was doing hideous ninja-based violence to street hoodlums.

Now I can finally throw that battered plastic lump away, because Nickelodeon has released a brawler to tie-in with the upcoming Teenage Mutant Ninja Turtles movie.

It's called Teenage Mutant Ninja Turtles, and sees you tapping and swiping your way through hordes of bugs and other bad guys.

The violence feels robust and chunky, which isn't a surprise considering the game was developed by The Game Bakers of Combo Crew fame. 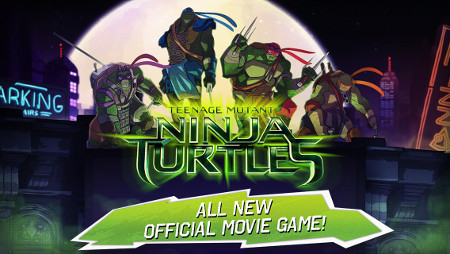 You pick a turtle and whomp your way through a variety of levels. Earn enough power from combos and you can unleash a four-way QTE special move that sees each of the ninja smacking down on an enemy.

That's a shame because there's a solid nostalgic scrapper here with some interesting character progression, and the sort of touchscreen controls that make you wonder why anyone uses buttons.

If any of that sounds like it might be up your sewer, you can grab Teenage Mutant Ninja Turtles from the App Store [buy] and the Google Play Store [buy] right this second.