It's a brave kart racer that squeals up to Mario Kart's front door and revs its engine.

Did we mentioned that Table Top Racing started out life as a mobile game? Maybe 'brave' isn't a strong enough word to use here.


Caught in the slipstream

Let's not get too hung up on Mario Kart 8 Deluxe's enduring brilliance though. The old boy has been circling the same tracks for two years now - five, if you consider the Wii U original to be the same game. Which we do.

Besides, Table Top Racing: World Tour - Nitro Edition does things a little differently to Nintendo's mascot. It's got a dinky Micro Machines-like aesthetic, which sees all the racing taking place with stubby toy cars on restaurant counters and breakfast tables. 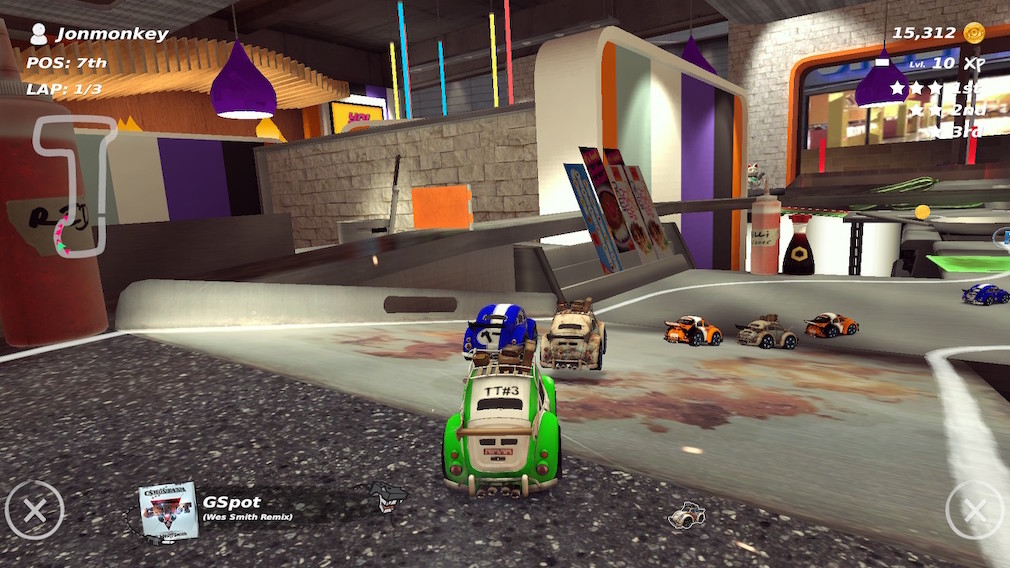 There are multiple race types to tackle, from time trials to elimination rounds to full on combat races. You even get drift races that fit your ride with slippery tires and ask you to spend most of the lap pointing the wrong way.

This is the most feature-complete version of a game that's steadily expanded over the years and across the platforms.

You're getting the full beefed up game that hit the PS4 and Xbox One, as well as all the DLC and updates and a bunch of new multiplayer options. 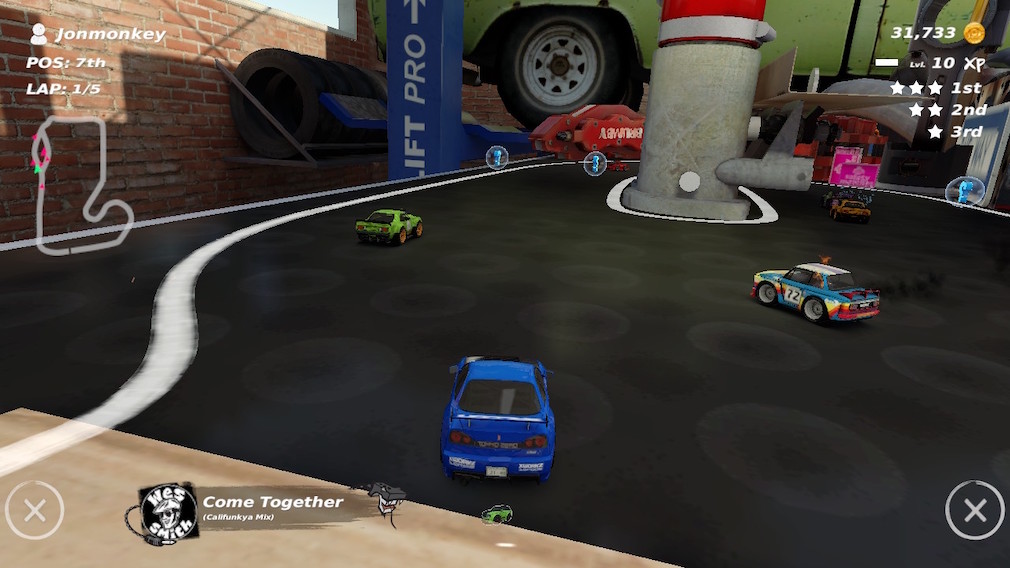 The latter includes two-player splitscreen, which is always a good idea in any arcade racer. Online is also included for up to eight players, though I understandably struggled to find a game ahead of release.

All that and the action looks and moves along very nicely indeed. Naturally the visual fidelity has taken a bash from previous versions, and the load times stretch the patience a little. But overall it's a tidy little game.

Starting out on 50cc in Mario Kart 8 Deluxe feels ridiculously easy and slow, right? Yet it's still hoot to play, because the racing action is intrinsically fun and tactile. 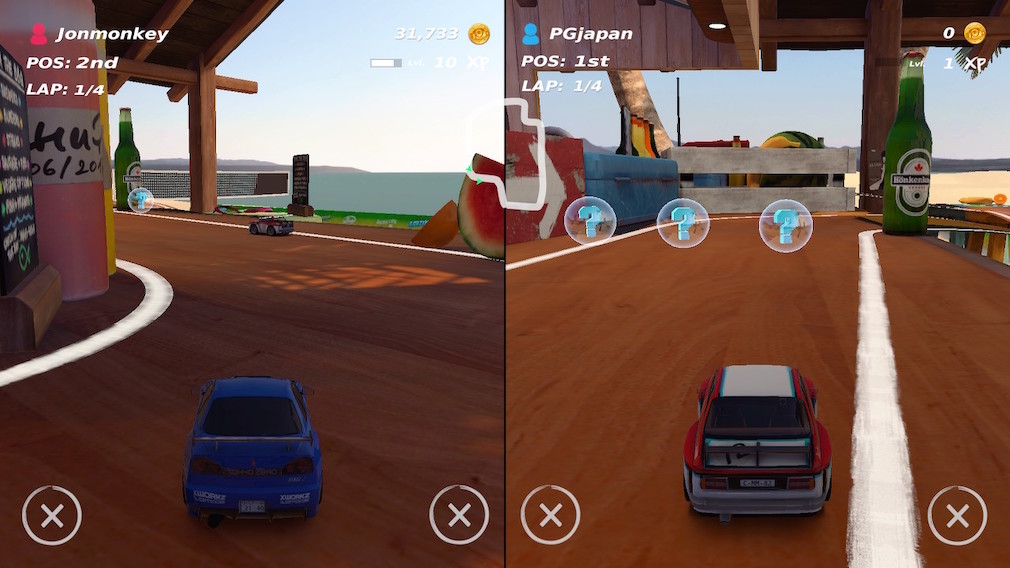 Things start off on a similarly pedestrian footing here, but there's none of that pop or fizz that makes you eager to get to the next corner, never mind the next track.

Once you start cranking the speed up - first by upgrading your starter car, then by moving up to faster categories - things improve. But for the most part the handling remains curiously uninvolving, while those all-important weapons have all the excitement of a cheap firecracker.


Suffering for our kart

Suffice to say, a game that has you racing along giant sushi conveyor belts and launching off chunks of cheese shouldn't so much as threaten to bore you.

Don't get me wrong, Table Top Racing: World Tour - Nitro Edition is a satisfyingly meaty and feature-complete arcade racer. There's much to recommend it.

But even those who never want to slide around Sweet Sweet Canyon or Hyrule Circuit ever again will recognise a racer that's operating several formulas below the undisputed champ.

A fully-featured arcade racer with a genuinely meaty single player campaign, Table Top Racing: World Tour - Nitro Edition nonetheless lacks a cutting edge where it matters - on the track.
Next Up :
Warhammer 40,000: Tacticus review - "An approachable strategy to a grimdark future"