There was a time when there was some real innovation in the one touch arcade genre. The success of Flappy Bird spurred on a whole bunch of developers to play around with single digit fun.

And you still get the odd gem coming through, a game that makes poking your screen a few times feel like a new and exciting experience.

Unfortunately Swoopy Space isn't one of them. It's fine, there's nothing mechanically wrong with it, but you'll find your interest waning pretty quickly once you've played it a couple of times. 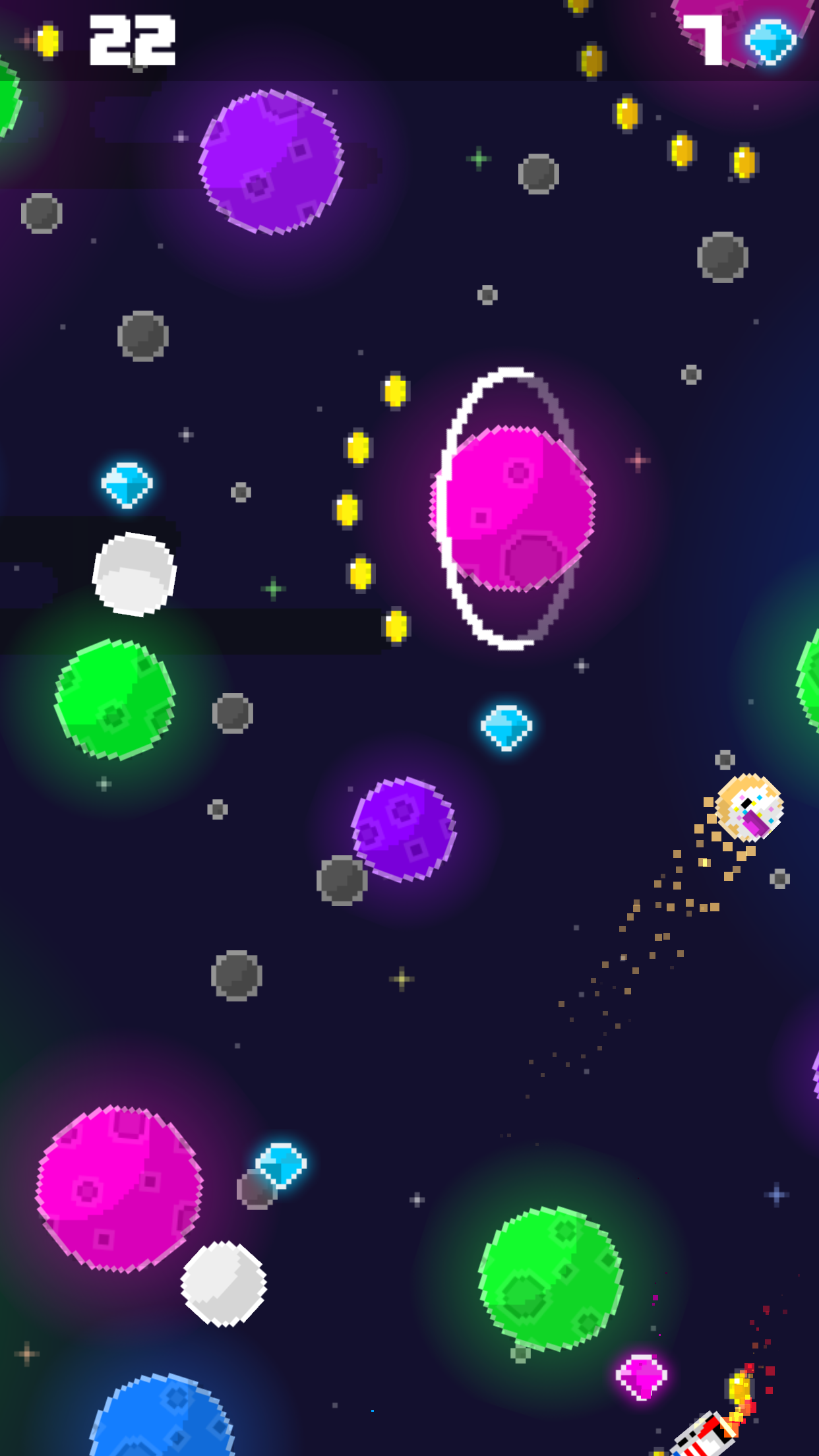 There are coins to collect, and your runs are split into named stages so you know how far you've got. The actual aim though is collecting the gems that are scattered around. The more of these you nab, the higher your score.

The game does look lovely. It's all fat pixels and cute faces, swooshing rocket ships and big podgy planets. And you'll enjoy flying around them for a bit.

But even that polish can't really lift the game from the doldrums. It's just not that exciting, and after a while that starts to manifest as frustrations.

Where other one touch games make your failures feel like steps towards perfection, thanks to compulsion loops and the elusive just-one-more-go drive, here they feel like annoyances.

And if you're annoyed it's unlikely that you're going to keep pushing on to higher scores and more coins. Sure there are other comet faces to unlock, but none of them change the way that the game plays. 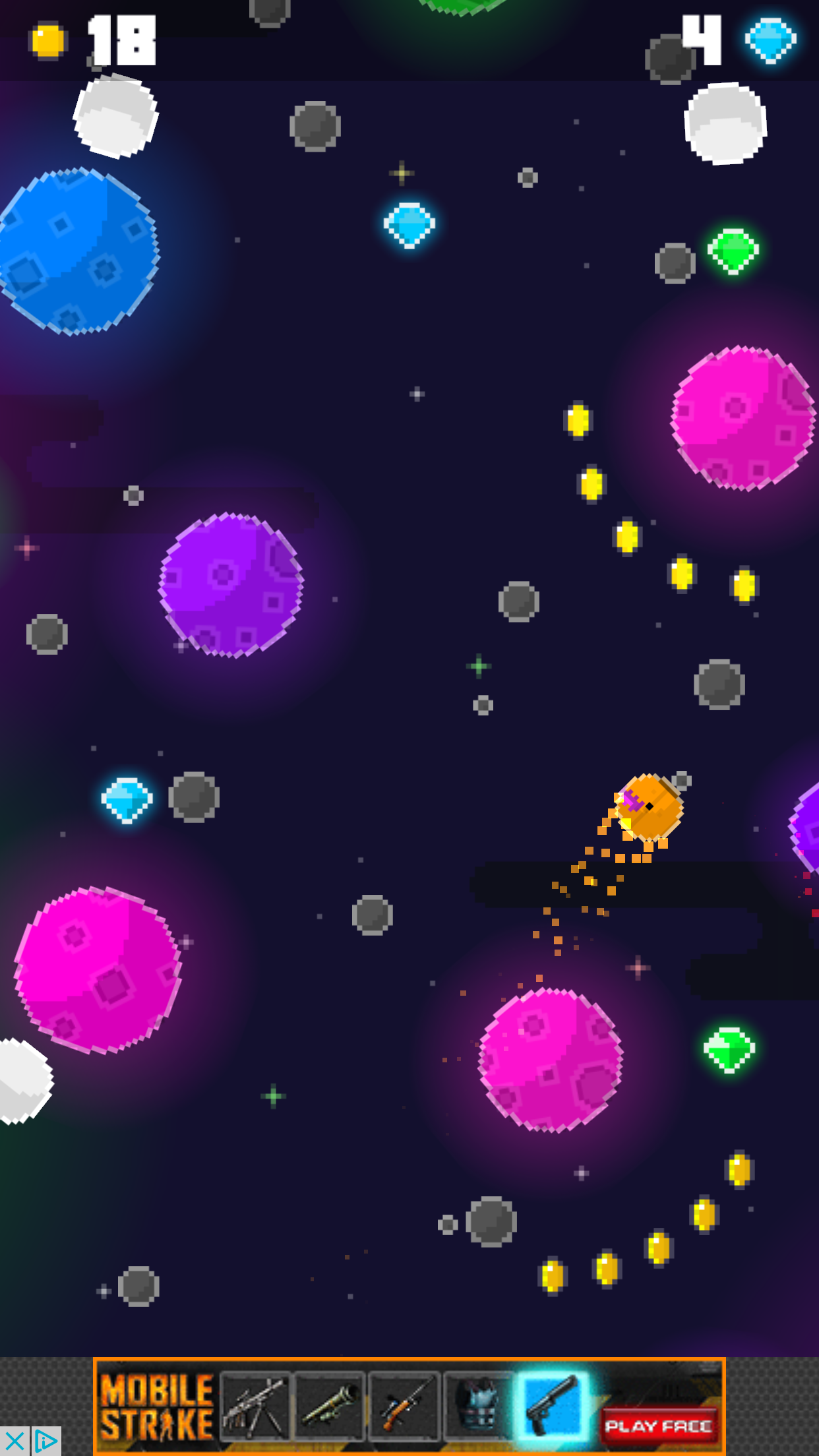 The problem is there's no extra twist here. There's nothing to support the gorgeous space vista. You don't feel like you're controlling a comet, just another nondescript object in a genre that's almost literally defined by them.

But if a game like this doesn't push you to keep playing somehow, then it's destined to be consigned to the scrap heap of the App Store.

A one touch arcade game without a tight enough compulsion loop is like a comet on its way around the sun. Pretty, but no matter how much you want it to it's not going to change the world.

There's nothing wrong with Swoopy Space, but there's nothing here that'll make you stick around for more than a few minutes
Next Up :
DC Worlds Collide review - "DC fan service in an enjoyable gacha package"

[Update] Swoopy Space zigs and zags its way onto the App Store, out now