We're all for a bit of craziness here at Pocket Gamer. There are too many dull games in the world not to be - but even we have our limits. Like, for example, it's nice when you've got some semblance of reason or rhyme to the things you're doing.

Superscape doesn't worry about things like that though - things like you getting stuck in the level's scenery and having to shoot your way out of it. At the same time though there's a mad freedom here, especially when you're making your own route through the game.

Sometimes though, you'd rather be shooting alien scum than pointy cornered underground scenery. And if that's the case, you might be better off looking for another shooter to spend your time with.

We say shooter, but there's more than a lot of an endless runner here. Your ship is moving forward whether you want it to or not - you're in charge of the direction you're facing, performing jumps, and shooting.

Your gun runs out of bullets if you hold down the fire button, but they'll reload over time. That means you need to be smart when you're shooting, making sure you're actually hitting something rather than just blatting out attacks left right and centre.

Of course, when you're stuck under the ground, that can become pretty frustrating. There are times during our playthrough where we were stuck there for a while, having to wait until our bullets were restocked before we could get back out into the open sky and do what we were supposed to be doing. 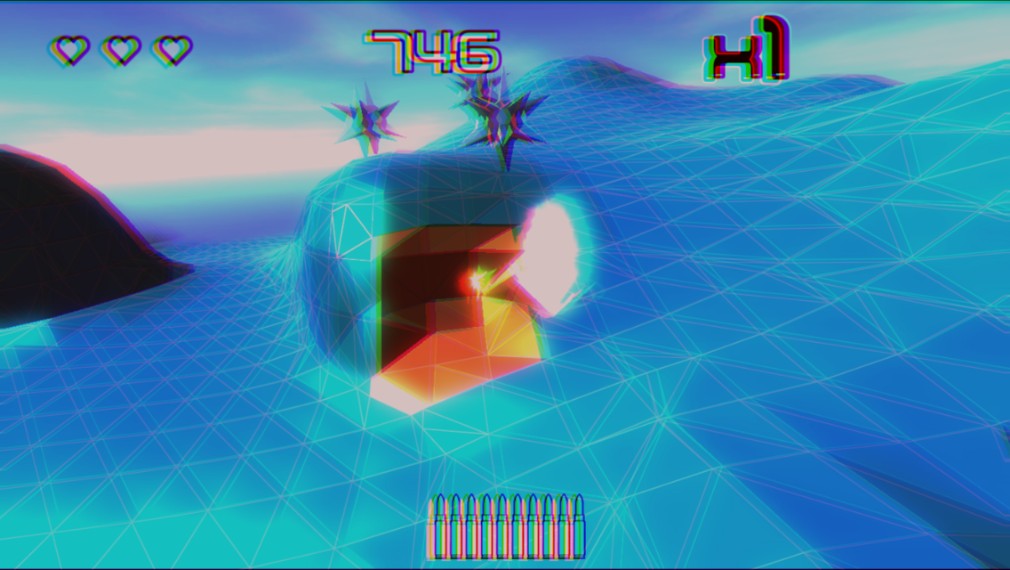 The controls are quite floaty, but once you get to grips with them they're going to make a lot more sense. Jumping is key, especially if you don't want to find out what the interior of the game's mountains look like. There are times when things really click, and Superscape reveals what it wants to be.

When you're bouncing around, twitching between enemies and trying to make sure you don't get shot, things do feel really good. The problem is, those moments are bookended by frustration.

There's a chance you won't even give the game the chance to get under your skin - it's not exactly overwhelming when you first play, but it is confusing. And in the mobile market, confusion usually leads to abandonment.

Super? Not so much

There's stuff that Superscape does well, and it gives you glimpses of how good Superscape could be. If anything though, they make the mistakes even more glaring. Yes, it's meant to be an out there sort of an experience, but in the end it fails to rein itself in when it needs to.

We really wanted to like Superscape, but as it stands it's a little too shaky to really recommend. There are moments of greatness, and moments when the frantic blasting comes to the fore - but then you spend 20 seconds under the ground, and it gets a bit dull.

Superscape has some moments of brilliance, but it has too many moments of frustration to make it worth your time
Next Up :
UFO99 review - "A fun little arcade game on the go"