Over a year in the making, Super Stickman Golf 3 has finally emerged on iOS and Android, and it was most definitely worth the wait.

It's feature-filled, packed with content, and as compulsive as the series has ever been. 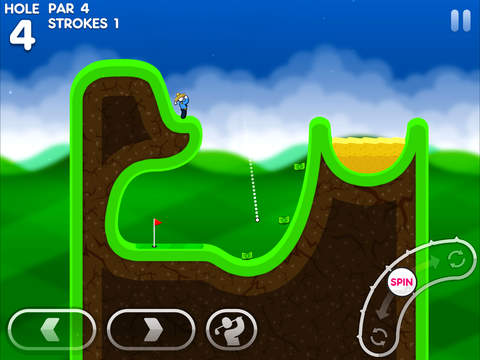 The biggest surprise is that Super Stickman Golf 3 launches as a free download.

With multiple multiplayer modes, 20 courses, tons of hats and costumes, and additional secrets, there is plenty to keep you coming back to tee.

SSG3 does have a premium upgrade however, which - among other things - gives you access to all downloadable courses in the game - both present and future updates.

There are five tours in total, each one featuring a host of quirky obstacles such as anti-gravity screens, freezing water, sticky walls, and more.

You have to complete each course under par in order to achieve the highest score, with hole in one being the best and anything above par - known as a bogey - the worst. 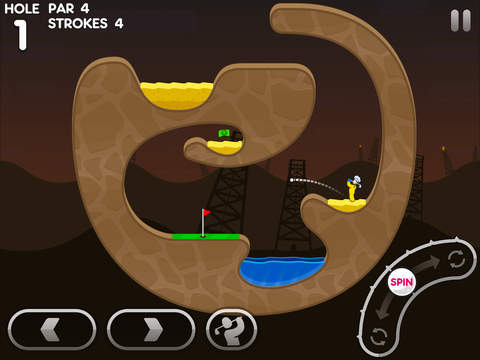 As before, the game features Golf Bux which can be collected on every course and earned through multiplayer modes and daily races. These can be spent on costumes, hats, and cards, a new addition to the series.

There are even unique balls to unlock which can be used to great effect, such as sticking to the walls and zig-zagging.

The game handles expertly with touches. Hold down arrows on the bottom left of the screen to aim, then tap bottom right to put more or less power on the shot.

Wearing particular hats can also influence how the shot is handled. For instance, you can wear a sailor hat to skim over
water hazards, or put a plant pot on your head so the balls are less bouncy.

This means that even though the game is easy to pick up and play, there’s a tactical layer which encourages both replayability and strategy.

The game also handles the difficulty curve expertly with the first tour-and-a-half well honed to get you used to the style of play, before gradually increasing the pressure.

Even the multiplayer through Game Centre works well, with turn based matches that can be played over a period of days and time attacks which put you in direct competition with random strangers or best of friends. 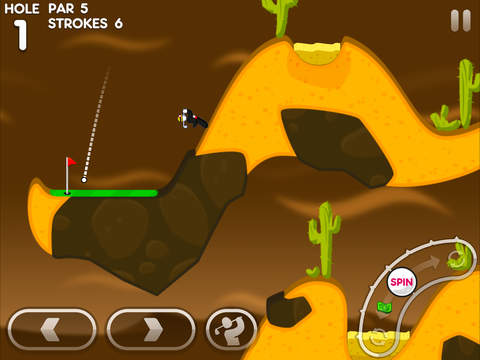 Super Stickman Golf 3 is one of the best mobile games I've played this year.

It takes the simplicity and fun-loving nature of its predecessors and enriches it with greater depth and substance.

A truly fine arcade experience that will keep you coming back days, weeks, months, maybe even years later.

SSG 3 is course for no concern and is wickedly good fun no matter long you spend with it
Next Up :
Backbone One review – “Turn your iPhone into a games console”