Super Starfish review - An endless runner with a sprinkling of stardust

I've played a lot of mediocre endless runners of late.

Whether that's a quirk of the release schedule, a sad indictment of modern mobile gaming, or evidence that Harry hates me, I'm not quite sure.

On the plus side, it has helped me to hone in on the difference between a bang average endless runner and a good one. Guess what? It has nothing to do with originality.

By way of evidence, consider Super Starfish. It's one of the good ones, yet it offers virtually nothing new.

If you were to strip Super Starfish back to its bare mechanics, it's yet another case of swiping left and right to make your auto-advancing character dodge obstacles and collect trinkets.

But the reason I've returned to it way more times than other recent examples of the genre is that it makes going through those familiar motions really fun and satisfying.

For starters, it looks lovely. You play the part of an adorable space-faring fish, flying through a gorgeously soupy psychedelic galaxy, leaving a trail of inky sparkles behind you.

It's appealing from an audio standpoint too, with a soundtrack that sounds like it could have from a lost '80s fantasy film. One with Jim Henson puppets and a regular kid sucked into a dark alternate universe. 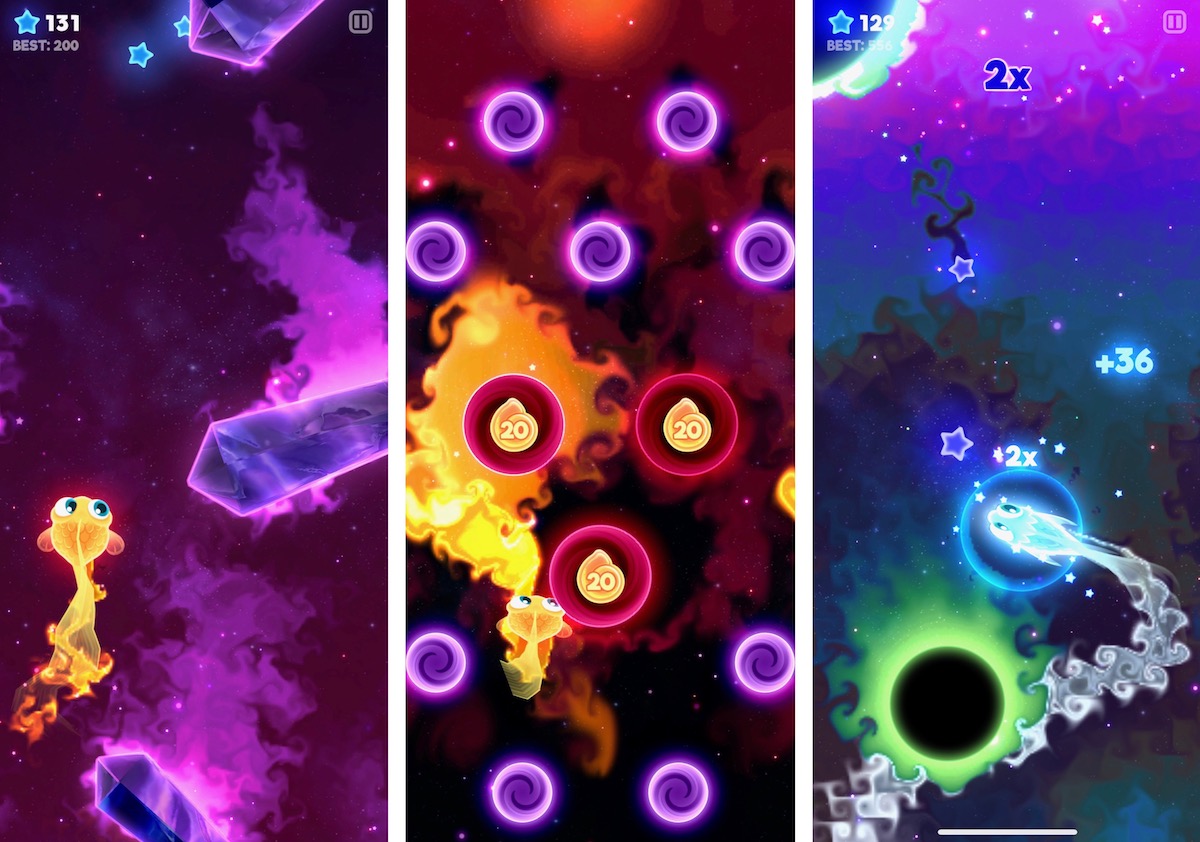 Swimming on a star

Super Starfish nails the action as well as the audiovisual fireworks. Again, dodging through this multicoloured universe is brutally simple, but it just feels right.

You're not just dodging any old bland rocks here, but hulking planets and spinning crystals and waltzing binary moons and giant laser beams.

The stuff you're collecting, too, is stuff that you actually want to collect. It's shiny stars of varying sizes (and thus value), glinting emeralds and golden shells.

You instinctively want to hoover all this shiny stuff up, to the point where a missed X2 score collectible almost causes you physical pain.

To inFINity and beyond

One of the big enemies of any endless runner is the threat of boredom from doing the same simple thing again and again, and Super Starfish isn't immune from this. But it does mitigate the effect by changing up the level environments all the time and through giving you targets to aim for.

There are new stages to discover, a hub screen to decorate, and fresh fishy characters to unlock.

The latter feature feeds into a regular bonus round that plays out a bit like an inverted, less interactive Peggle.

None of this is especially deep, and we've seen similar things done elsewhere many times before. But Super Starfish does it all very well indeed, and with a little added sprinkle of stardust for good measure.

Super Starfish review - An endless runner with a sprinkling of stardust

Super Starfish takes a deeply familiar endless runner concept and livens it up with a whole heap of star-gazey wonder.
Next Up :
Honor 50 review - "Great for social media fans, and a strong show from Honor"