Summoners Fate, the roguelike deck builder from D20Studios, gets more attention at NGDC

Summoners Fate, the roguelike card collecting strategy RPG from D20Studios, has just nabbed a coveted spot as a qualifier for the Nordic Game Discovery Contest in November and is now joining PAX10. The turn-based deck building game lets you command a colourful cast of fantasy creatures whose double-jointed necks look up at you as the Summoner, with thrilling grid-based combat and procedurally generated levels.

The fact that Summoners Fate lets you hurl a squirrel at those who get in your way should already be a selling point in itself, but just in case you need more things to pique your interest, you can also recruit a group of goblins having a birthday party in the forest or free a trapped bear and reap the rewards of your kind deed (or pay the price, depending on the dice of fate). 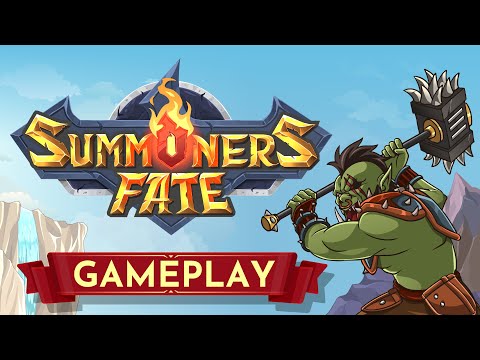 “The NGDC is such an invaluable experience for us because it's an opportunity for the entire world to see who we are as developers, the ambition of our vision, and the sincerity of our commitment to deliver players with the best experience,” says Ross Przybylski, founder and game developer of D20Studios. “I've got a unique story to share about how our game has evolved through community driven development, and how we're changing the genre in a significant way by focusing on the intrinsic, creative elements of gameplay that rekindle our imagination and produce genuine satisfaction.”

There’s no official release date for Summoners Fate just yet, but you can check out our preview to get a feel of the game, or take a peek at the embedded gameplay showcase above.

Are you eager for more games that can challenge the tactician in you? Why not take a gander at our list of the top 25 best strategy games for Android phones and tablets in 2021?

Next Up :
Naraka: Bladepoint, the oriental-themed battle royale on PC, is coming to mobile soon