Board games are often thought of as complex things. In a way, they're like the stock market. Lots of rules, lots of ways around things, and just when you think you've got a grip, they wriggle away and become something new.

So what would happen if you took board games and the stock market, and pushed them together into some sort of hyper-capitalist wet dream of money grabbing and dice rolling? Then you'd get Stockpile.

The game starts with a tutorial, and boy does it need one. Your aim is to earn as much money as possible, and try and scupper the plans of your rival traders. Which might sound simple, but is about as far from simple as you can get without hitting the back of simple and pushing it over.

The majority of the game takes place on an abstract stock ticker that represents the companies you're buying and selling. Companies can move up the ladder and be worth more, or down and be worth less. 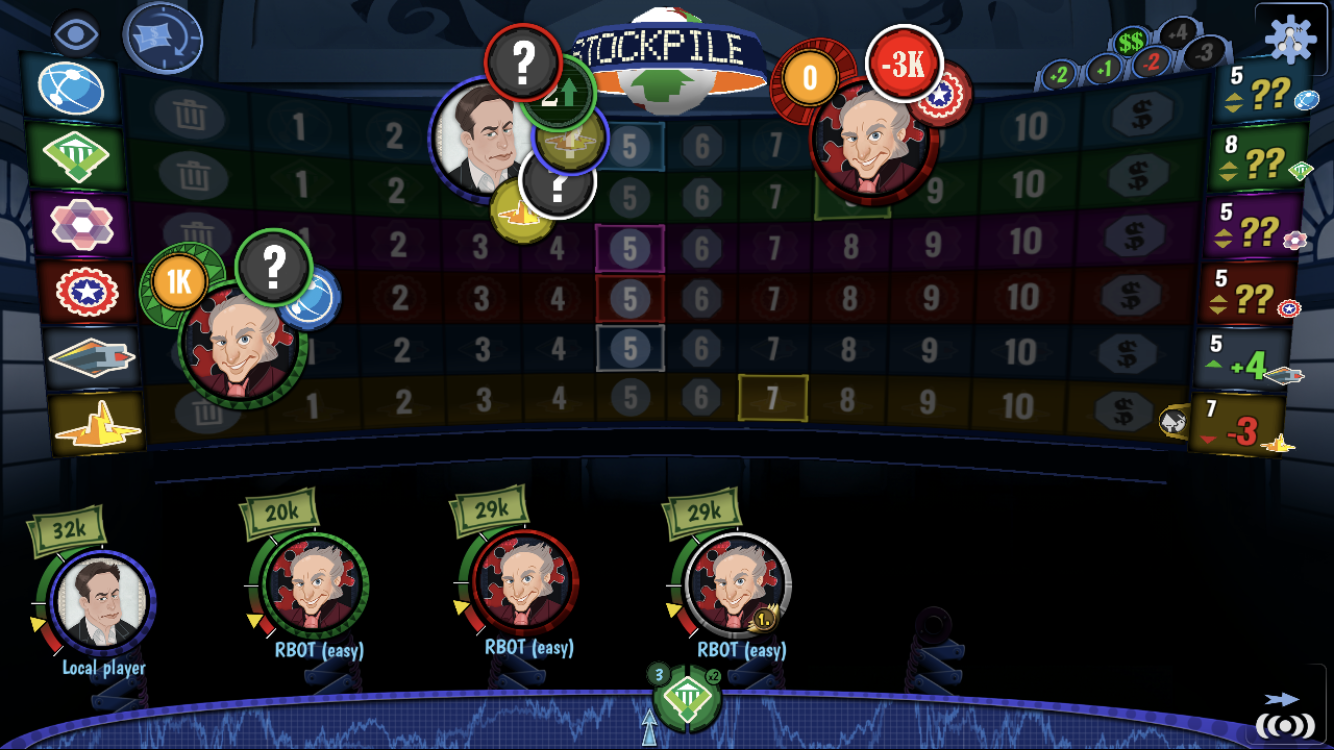 Now you need to figure out what your opponents know that you don't. You can bluff the other bankers into making mistakes, or try and make sure you keep them off the scent of the richest pickings.

But there's more going on here as well. There are consumables that can change the outcome of a game, and tipsters you can employ to find out more about the market. There are charges to consider, split shares, and even more.

Even once the tutorial is finished it's going to take you a good few plays to get to grips with everything that the game has to offer. And even then it's going to be chucking curveballs at you from time to time.

Essentially the whole game is a slightly abstracted worker placement game, with money replacing workers and a tighter hold on where you can actually put things. But if you're coming in expecting something like Monopoly you're going to be horribly surprised.

Instead this is a deep and complex game that you're always going to be learning. Some people's hearts skipped a beat in a good way when they read that sentence, and if you're one of them go and get Stockpile right this second.

If, on the other hand, your heart sank, then there are board games out there much better suited to the kind of play that you're looking for.

Stockpile is a weighty game, but if you put the time in you're going to get a lot out of it
Next Up :
Automatoys review - "Tactile fun from days long past"

How to find the legendary sword dealer in Blox Fruits