Stay, Mum is a story-driven puzzler about a boy called John and his relationship with his mother.

Unfortunately for John, his mum leaves him by himself while she goes off to work every day.

She's not completely thoughtless, mind, as she gives him building blocks to play with.

Left to his own devices, John creates shapes with the blocks, and it's this activity that comprises the game's levels. 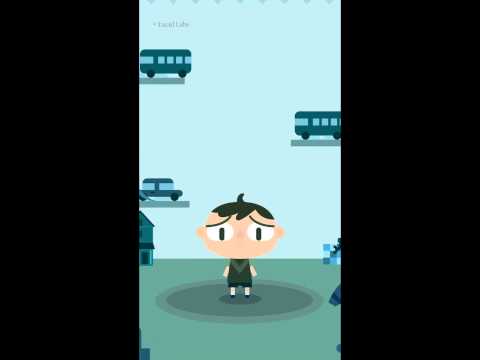 You have to assembles the blocks in mid-air so that they stay in the same shape after you've clicked your fingers to make them fall down.

While John is playing with the blocks his imagination runs wild. He sees creatures that he befriends in the shapes you help him create.

Each of these characters have unique properties: one is "Weak," another is "Brothers," and yet another is "Float." Presumably, you'll have to work with these properties when building the shapes out of the blocks.

This anthropomorphism reminds me of how Threes! gave life to the numbered blocks you created. They're cartoon characters that you'll get to know giving the puzzles a new allure.

As you progress through the levels, John's relationship with his mum will change, so hopefully your efforts will have her paying more attention to her son.

Stay, Mum certainly seems worth keeping an eye on. You can do so on the game's development thread.

Next Up :
Roller Drama drops a new gameplay trailer that showcases more of its narrative-driven sports mechanics

Did Stay, Mum make us cry? Watch this preview to find out

Stay, Mum will hit you right in the feels when it comes out for iOS next week