State of Survival is getting a mixed martial update - FunPlus has teamed up with UFC to bring players of the post-apocalyptic game a taste of MMA goodness from now until September 2022. During the collab event, players can expect to unlock themed UFC goodies and even get the chance to win UFC 277 online tickets.

In the latest update for State of Survival, players of the free-to-play mobile strategy game can expect to see popular UFC arenas around the world in the in-game States. Themed skins can also be unlocked for free simply by completing certain objectives - in particular, the Doomsday Octagon Decorations will be up for grabs along with special gifts such as UFC 277 online tickets, avatars, free heroes, in-game UFC gloves, plasmas and more.

“We’re thrilled to partner for the second time with UFC to bring elements of this spectacular combat sport to the world of State of Survival,” says Chris Petrovic, Chief Business Officer at FunPlus. “Since launching State of Survival in August 2019, we have always sought out the most original and high-impact partners to keep State of Survival players engaged, and we’re excited to see these two worlds collide with a great array of new content.” 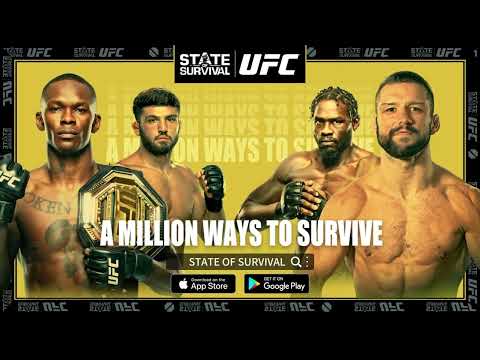 “For several years, the UFC has been closely linked to the world of video games and this collaboration with FunPlus in State of Survival creates another new way to experience MMA content in a totally original virtual setting,” says Nick Smith, Vice President of UFC. “State of Survival is already full of a team of heroes and true fighters, so we’re excited to see how existing and new State of Survival players interact with the UFC themes in-game.”

State of Survival is available to download on the iOS App Store and on the Google Play Store for Android devices. It's a free-to-play game with in-app purchases.

Are you on the hunt for more similar titles that will put your skills to the test on your mobile devices? Why not take a gander at our list of the best Android strategy games?

Next Up :
Cherry Tale is an upcoming JRPG that retells classic fairy tales, coming soon to iOS and Android