We really mean 'Play with anyone, anywhere, anytime'

This accomplishment is particularly impressive when you consider that the four Legends games - Pocket Legends, Star Legends, Dark Legends, and Arcane Legends - only have 20 million downloads between them.

We caught up with Spacetime CEO Gary Gattis to chat about its legendary success and what's next for the Austin-based indie.

Pocket Gamer: 250 million sessions is a lot of gaming. Are you surprised how sticky your audience is given that 20 million downloads isn't an enormous amount these days? Gary Gattis: Spacetime Games' team has a history of running PC MMOs with very large audiences. From the start, we applied the disciplines involved with the development of Pocket Legends.

That included creating a rock-solid and secure client-server architecture, a very community-focused approach and frequent updates (every other day on average!).

We also designed the content to be deep, but consumable in bite-sized chunks. Fans can get in and have a meaningful experience with other people in less than 5 minutes, but if they wanted to stay and play, we chained these experiences together.

Our expectation was that people would come in for 5–15 minutes, but some literally stay and play for hours and hours.

Being able to play with your buddies regardless of what device they own contributes to this as well.

We also do some fairly unique things like allowing iOS, Android, and desktop players to all play together, all over the world. We play over wifi, 4G, 3G, all the way down to Edge networks.

This gives us some deep penetration in to markets with high-latency networks.

Our motto is: "Play with anyone, anywhere, anytime," and we really mean it! 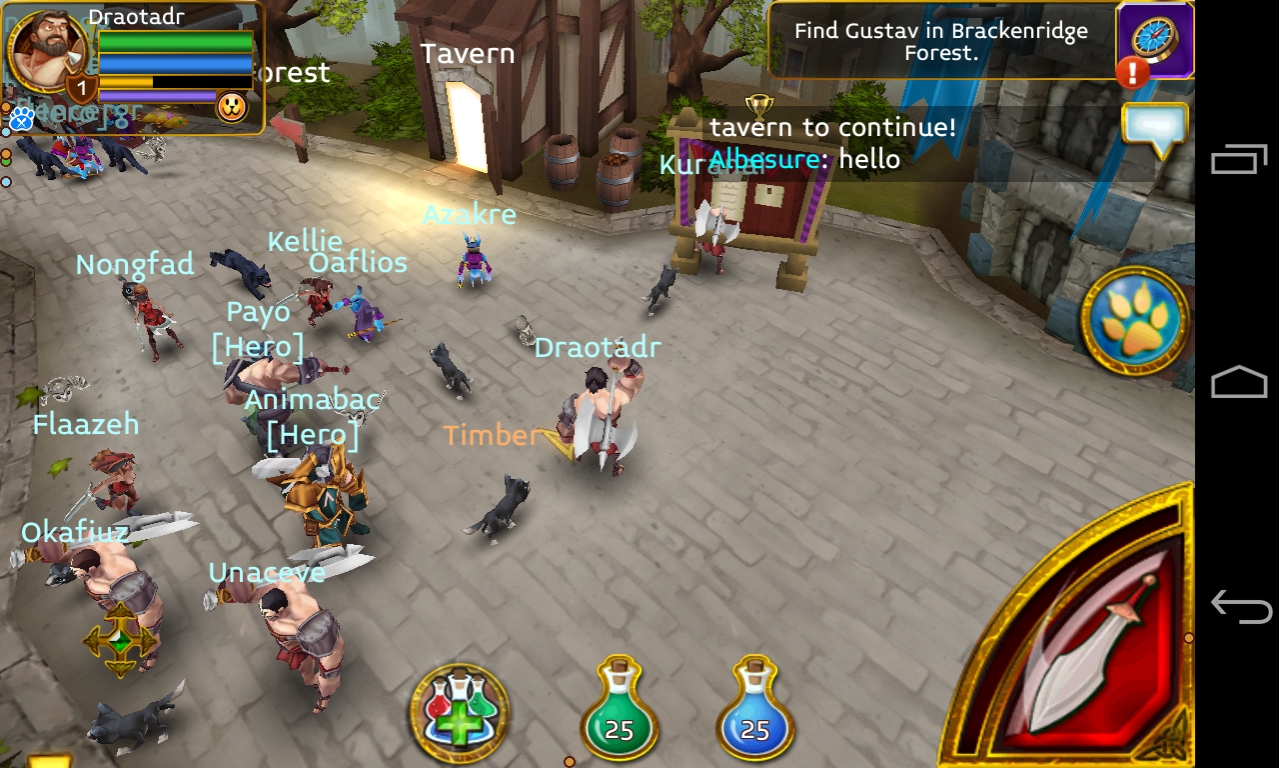 You have four Legends games. How does the activity split between them and how much do you worry about cannibalisation?

Right now almost all the action is with Arcane Legends. This title has done very well for us and accounts for roughly 65 percent or more of our daily users.

It is the culmination of everything we have learned making the previous three Legends titles.

Pocket Legends is next with roughly 15 percent, followed by Star Legends and Dark Legends with about 10 percent each.

We were initially concerned about cannibalisation, but we noticed with each new launch, we received a synchronistic bump in users across all titles. It's almost like the new players feel they have more to discover.

What's your primary source of discovery for your titles?

We are extremely fortunate to have been the first 3D mobile MMO and to have received a lot of industry accolades for all of our titles (including from you guys!).

This leads to a lot of SEO-based organic acquisition. Also, many users simply find us through Google Play and App Store listings.

It might seem obvious, but keeping your app listing up-to-date and appealing is worth the effort. We benefit from the increasing proliferation of gamers spending their leisure time with their mobile device who are willing to give free games a try.

How important are special events (Double Damage Weekend, Double XP Weekend) to player engagement? Do you see a noticeable spike in playtime during these events?

This type of activity goes back to our roots and, actually, I wish we had more time for in-game custom events.

We usually run these in between major content updates and they do help with engagement, as people want to get in and maximise their gaming experience over the weekends.

The mobile MMO market is beginning to become crowded with several competing titles. Do you worry that players will become overwhelmed at the number of games available?

I think players are already overwhelmed at the number of titles available, with more and more coming every day.

We have a very strong and loyal user base that is constantly growing. We cross-pollinate across all our games. We kind of have a built-in community for acquisition.

What's next for Spacetime? More Legends?

The mobile market is exceedingly iterative, which is why Spacetime Games has put out four major titles in three years.

With Arcane Legends, as I mentioned earlier, we feel like we have reached a sort of pinnacle for mobile MMOs. So, next we are looking to experiment with a couple of other genres. Nothing to report yet, but keep your eyes peeled.

Thanks to Gary for his time, and onwards to the next quarter billion.
Next Up :
Noah's Heart first impressions preview - "Puts the 'massive' in 'MMORPG'"