Videogames have always been great at abstraction - the buttons you press rarely have any actual connection to the action that happens on screen. Mobile gaming in recent years has taken things even further though, and Somos is a brilliant reminder of just how little theme a game needs to work in your pocket.

We play plenty of mobile games in short bursts - we don't want narrative and cutscenes all the time, we want to jump straight into the action because our time is precious. By the same token though, we want the experience we're diving into to be as fulfilling and hearty as it can possibly be.

Somos ticks most of the right boxes, creating a game that's fast and frantic but still needs you to show that you've got some skills. Possibly even skillz.

The game splits the screen into two halves, and places circles in the middle of the sections. You're controlling a ball of energy, and you need to make sure you don't get hit by the blocks and blobs that drift in from the edge of the playing field.

There are rings that close in too, and if they touch you you'll lose a life. Everything is presented in simple, easy to understand graphics, and the different-shapes-for-different-moves layout means there's no need for buttons or anything else extraneous. 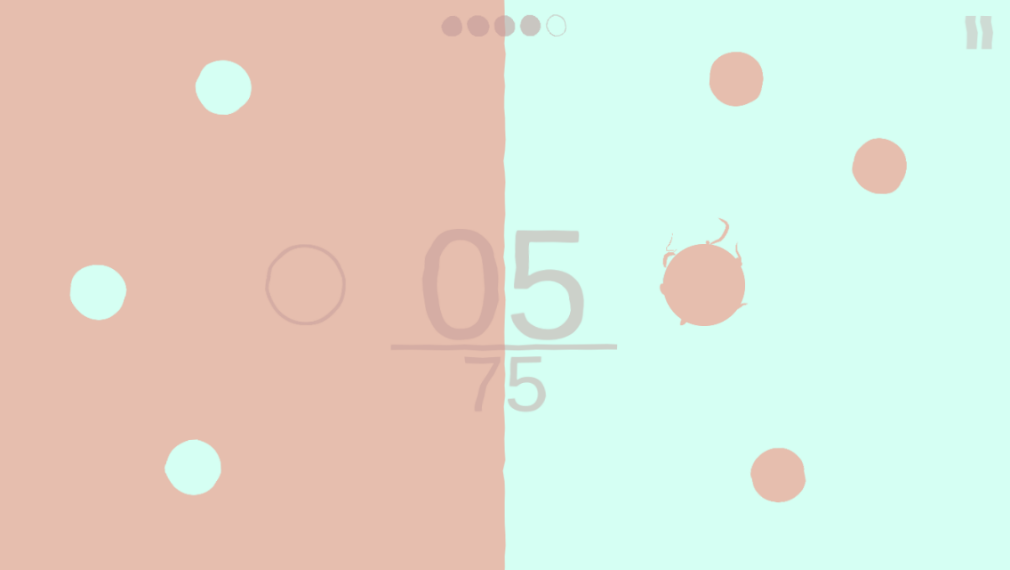 Essentially then, Somos is an action game. You've got different attacks to use, there are bosses that are going to challenge you even more, and different levels where what you're trying to do to succeed changes slightly.

It keeps things fresh as well - lose all your lives and the level changes rather than chucking you out to the menu screen. There's always something to play, always some challenge waiting to trip you up, and a change in style that's designed to throw a spanner into your works.

Somos is a fast, frantic arcade game that takes its action and strips away any of the frippery that other games might layer on top of it. This isn't violence so much as it is a test of reactions - and giving your brain the chance to fill in the blanks is a great way to give a game story without writing a single world.

We weren't expecting much from this week, but Somos is a really nice surprise. It's a super slick game of action and reaction, and while it won't be hanging around in 12 months time when we're writing our lists of the best games that came out in 2019, it's a great way to kickstart your mobile gaming year.

While it won't stick in the memory, Somos is a great way to start off the new year
Next Up :
Evony: The King's Return review