TCG Solforge, which first showed up in 2012, is finally out of beta and available now

By the creators of Ascension and Magic: The Gathering

Solforge had an interesting path to its release. It first showed up on the App Store in 2012 as a sort of demo for what could become the next big TCG. Made by the creators of Ascension and Magic: The Gathering, its Kickstarter was a success and earned almost $500K.

Development slowed and it never could find a proper audience though, especially after Hearthstone launched. Yesterday, the app saw its first update in a year, bringing massive changes. More than that, this means that the game is now out of beta and officially released. 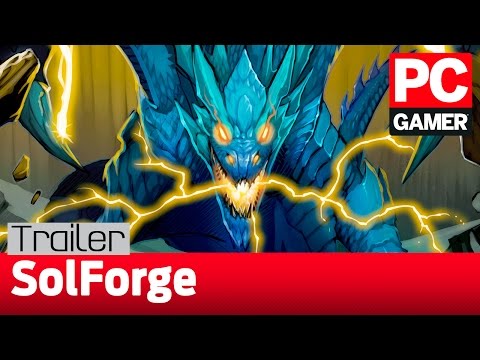 You'll find a brand new UI, ranked play and plenty of new cards in Solforge. I'm sure that plenty of players will be discovering this TCG for the first time now and I'm curious to hear what you think.

The game's servers were acting up a bit this morning but it should be fixed during the day. Get it here on iOS and there on Android for free.