iOS + Android
| Sofus and the Moonmachine

It's always a little challenging for a gamebook to strike the perfect balance between the two halves of its compound title. Too much game and the story may suffer, too much book and you might as well just be reading something instead.

That's not a problem for Sofus and the Moonmachine, one of the finer gamebooks to hit iOS for the younger set. It presents a truly imaginative, original story, and intricately detailed artwork, then weaves in just enough simple but varied game mechanics to keep it all in equilibrium.

In fact the only gripe parents may have is that it’s over a little too soon. 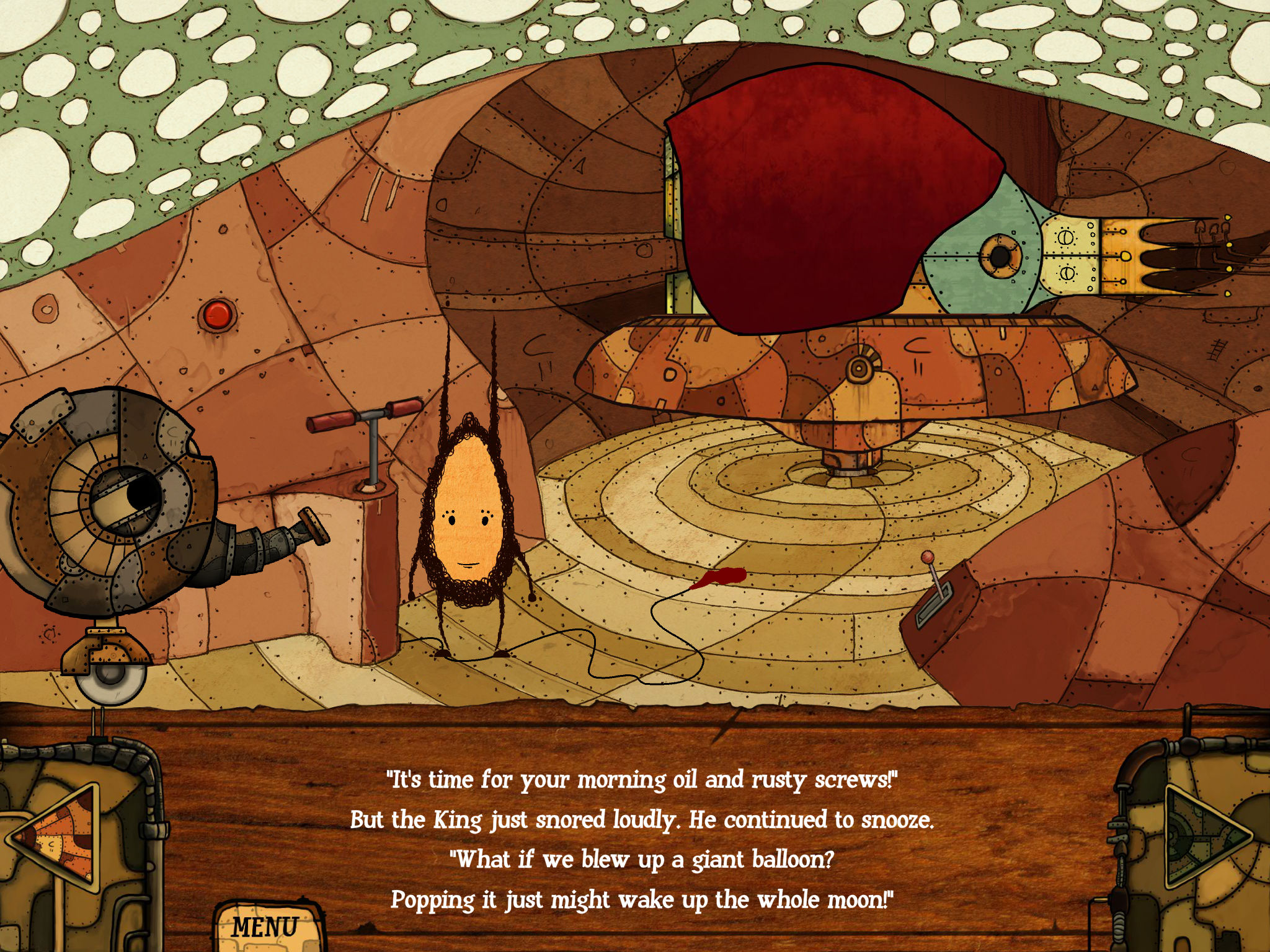 He’s a gnorf, not a dwarf

As the friendly narrator explains in the opening chapter, Sofus is a forest gnorf living on the planet Goya (not colonized by the food company, as far as we know). The "curly little thing" has a way with machines, which is why he's alarmed when Goya's mechanical sun/moon starts throwing off pieces of itself.

He can't do it without help from the player, of course, so while his tale is told in a pleasant rhyming style that immediately recalls Dr. Seuss, the main thrust is to help Sofus in any way necessary while he attempts to set everything right again.

Sofus and the Moonmachine is split into three chapters, each of which is divided into a number of scenes. In each one, there's something that must be done to help the titular gnorf move on in his quest, though the aid he requires differs from scene to scene. 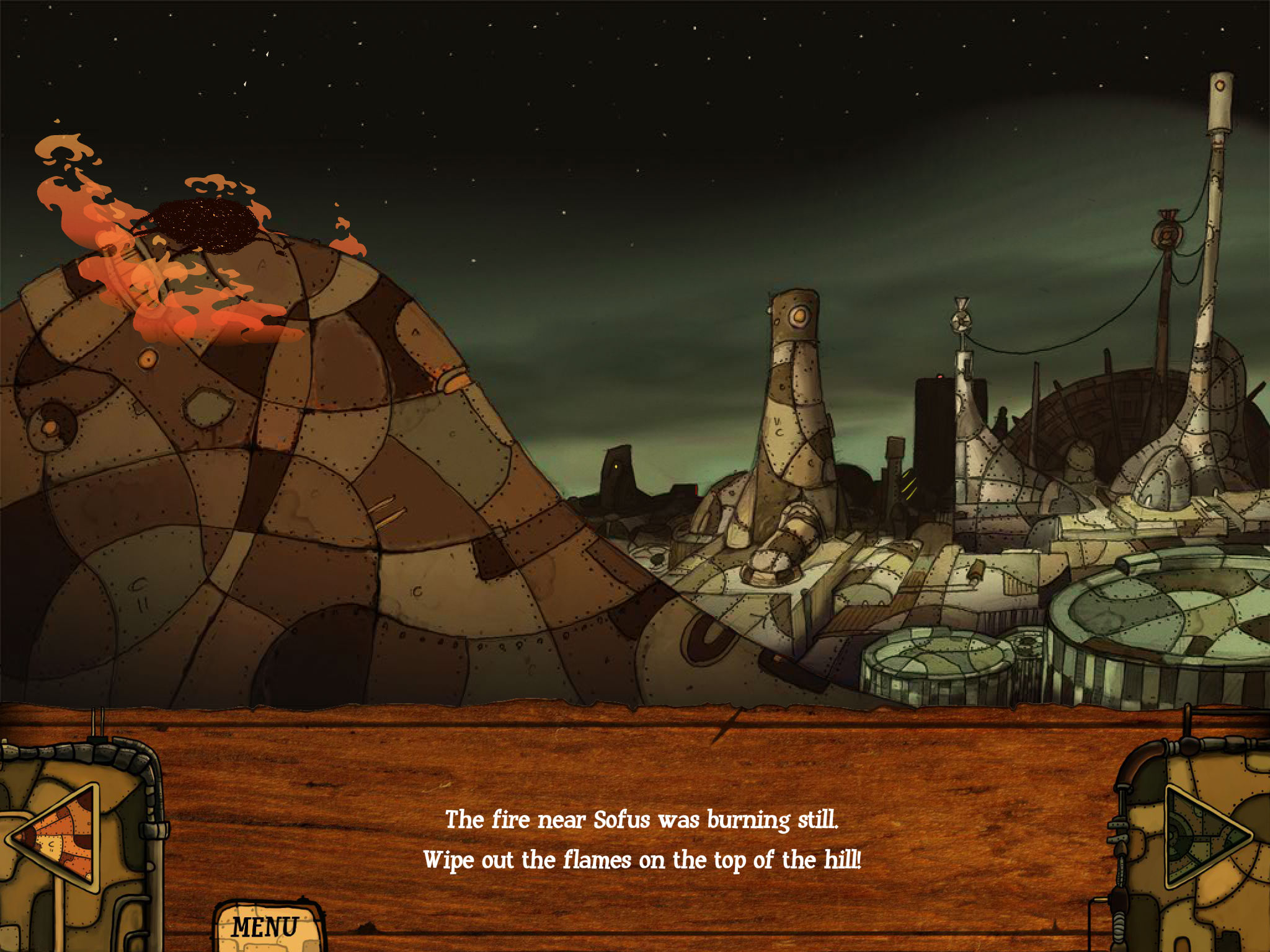 The gameplay borrows from genres as far afield as hidden object games and racers, making nice use of various easy to understand mechanics. The target audience for this seems to be kids between maybe four and nine, and none of them should get too frustrated with anything thrown at them, as a hint will appear if no progress is made in a minute or two.

While the story and the things to do are both delightful, the real charm comes from the intricate artwork, which pairs perfectly with the music and sound effects. It's an all-around winner of a package of a kind not seen all that often.

The only real pause Sofus and the Moonmachine gave this reviewer is how short it turned out to be. Unless you linger and soak in all of the details - and there's certainly reason to do that - it's possible to blow through the entire story in an hour. Granted, your mileage may vary, and kids will likely operate at a slower pace, but it’s quite likely this will need to be something your young gamer needs to revisit to really shine as an App Store purchase.

Happily, there's every reason to believe they will do just that. Sofus and the Moonmachine is whimsical and charming, the kind of experience that helps give gamebooks a very good name indeed.

Telling a story that could only be done gamebook-style, Sofus and the Moonmachine is the kind of experience parents will wish the kids using their iPads could just keep exploring
Next Up :
UFO99 review - "A fun little arcade game on the go"

Sofus and the Moonmachine is free this week only, on iTunes now