Gameloft is looking to get a slice of that sharpshooting pie on mobile. Hence it'll be bringing out Sniper Fury on November 19th for iOS, Android, and Windows Phone.

We all knew this was coming, right? I'm surprised it's taken Gameloft this long.

What sniping games have we already had on mobile?

There's Hitman: Sniper. That's not bad. Oh, and Sniper X - that has Jason Statham in it. And let's not forget about Kill Shot, Contract Killer: Sniper, and Dawn of the Sniper.

All of those were released in the past year, by the way.

Anyway, what we know about Sniper Fury so far is that you'll be travelling around the world using rifles and "special weapons" to kill terrorists. 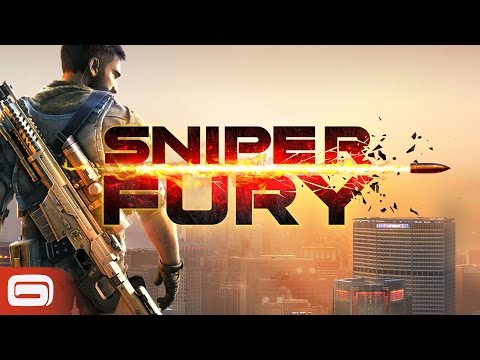 To assist you in this task you can use gear such as a spotter (to spot enemies), piercing bullets (to get through armour), and a medical stimulant that basically slows down time.

Oh, and you can increase a weapon's durability by plating it gold, which also makes it lighter somehow (Gameloft, did you do physics at school?).

So, yeah, it's everything you'd expect from a sniping game, probably. You can sign-up over on Sniper Fury's website towards unlocking extra gear when the game launches.