The first few minutes of Smoke and Sacrifice hide the core concept of the game away, with a dramatic and heartfelt beginning centred around loss, grief and anger.

The graphics fuse old school Disney animation, with the stop-motion feel of broken marionettes, all bursting with personality and appeal. While the style may not be for everybody, there's no denying the charm.

To accompany this, the sound design is wonderful - switching between brooding atmosphere and haunting accents to the drama that unfolds as a mother hunts for her son who was used in a ritual sacrifice some years ago. 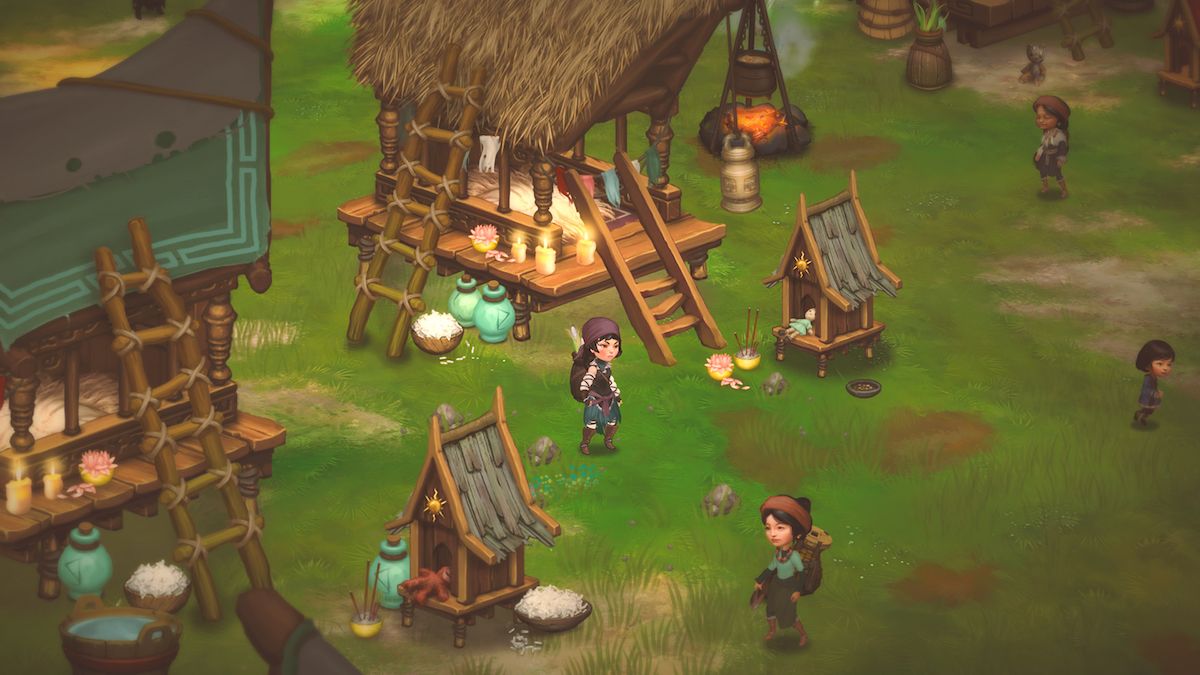 It's very easy to get swept up in the world which Solar Sail has created. There's an engaging plot here, and it forms part of a macabre experience built around exploring a surreal underworld brimming with bizarre and interesting characters.

Smoke and Sacrifice very much thrusts imagination to the forefront, yet it doesn't take away from the core design, which is all about survival. Both the item creation and viewpoint of Sachi and her world are reminiscent of Don't Starve.

Helpfully however, you are provided with recipes for crafting - delivered via conversation or on old parchment-like signs. Granted this leads to a lot of fetching and wandering - you know what ingredients you need, but not where to find them.

The crafting system and the UI in general are very good. Opening the menus shows everything in your possession and it's simply a case of pressing the D-Pad to select crafting and what you'd like to create.

A nice touch comes from having to hold the A button while building, meaning hectic moments of weapons breaking mid-fight are heightened.

Combat also feels close to Don't Starve, though the act of hitting enemies here often feels too loose. There were moments where I was swinging a stick and either missing the target because Sashi doesn't easily line up with them, or getting bored becayse her strikes just feel laborious. 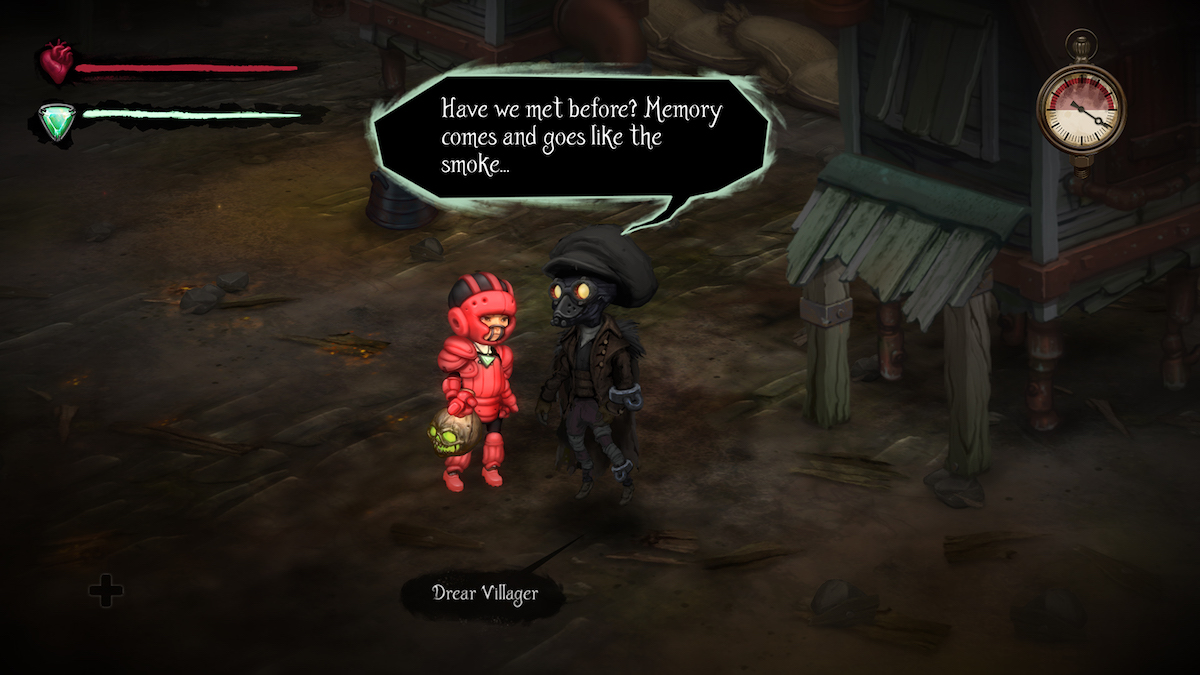 Countering this, there is a dodge mechanic, which helps pull you from scrapes and genuinely increases the tension of particular encounters, but it does little to make the combat truly stand out.

At times, you feel as if the fighting is shoehorned in and a story of simple exploration would have sufficed. But even the survival aspect feels a little weak.

There's no real sense of danger in Smoke and Sacrifice. Checkpoints are plentiful and there's an option to wander back to terminals scattered across the land and save the game, which leaves death as a bump in the road, rather than a disaster.

The beauty here is rather skin deep. While the plotline is interesting, and it's pretty to look at, the repetitive aspects of the quests begins to bog down any desire to progress, and it wasn't long before I stopped caring about Sachi and her son. 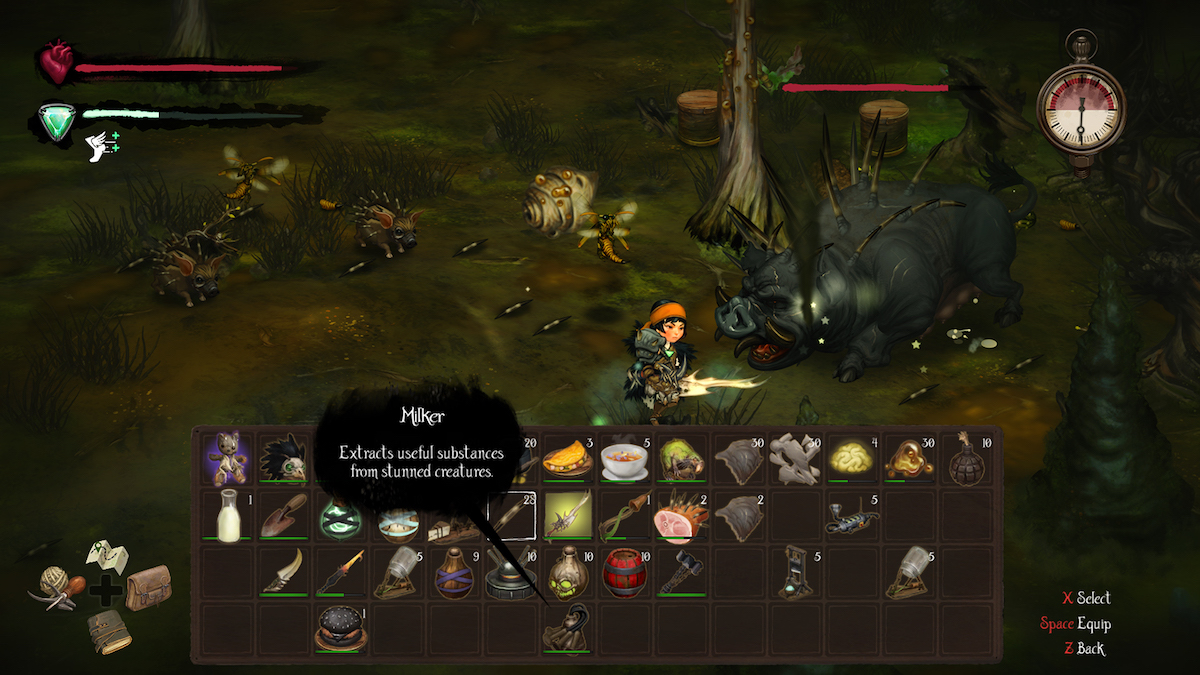 It's all well and good having a story that sets up tension, but that tension needs to flow throughout - sadly it's lost while Sachi dashes back and forth making lanterns and fixing problems for this underworld of creatures.

While there is appeal here, and the game has heart and soul, it fails to deliver on its promise, keeping you distracted with mundane tasks that don't fit the character of the experience or the excellent plot.

There are some nice ideas here, but in the end there just isn't enough peril
Next Up :
PUBG New State review - "Not-so-new state, but still enjoyable nonetheless"

Smoke and Sacrifice preview: Hands on with the dark, ambitious survival RPG

Figure Fantasy, Komoe Technology's idle game where you play with figurines, is now on open beta

Bingo Tour lets you play the classic game against other players and win cash prizes, out now on iOS