Skylanders: Ring of Heroes is a chimera of sorts - a coming together of mobile development nous and AAA licensing. Sure, we've seen Skylanders games on mobile before, but this is by far the most polished and compelling of them. That's something that's not going to come as a surprise to fans of Summoners War.

Which isn't to say that this is just a reskinning of that game. Sure, there are similarities here, but the extra level of sheen that's been lavished on the game makes it clear that this isn't some after-thought project - it's a meaty game that's got more than enough going for it to justify its existence.

The game is all about building up a powerful team of Skylanders and using them to save the world from the minions of the evil Kaos. There's a story about portals being opened, monsters coming through, and everything basically legging it off down the river without a paddle.

You take that team into battle against all and sundry. If you've ever played a midcore RPG before, you're going to know exactly what to expect - turn-based battles with a small choice of moves and plenty of cooldown timers. That said, there's more action here than usual, thanks in part to the speed of the fights.

While they are turn-based, if you don't make your choices then they'll roll on without you and you'll die. You need to queue up moves in advance, balancing their energy cost with their cooldown timers to best utilise the powers that are open to you. 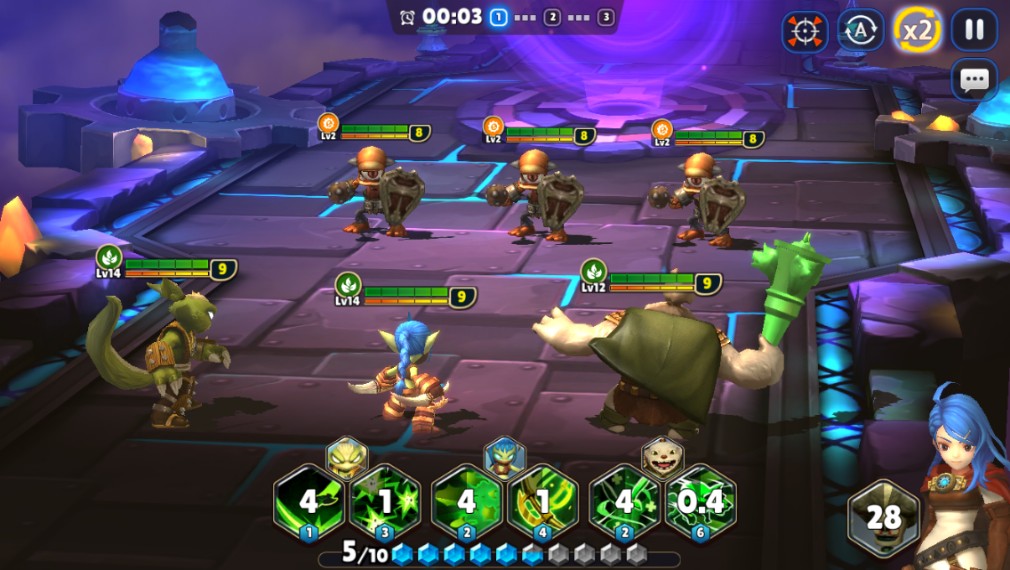 As you no doubt can imagine, there are loads of menus and currencies here, and a plethora of ways to toughen up your Skylanders. There are potions, there are other potions, there are runes, and you need to manage all of them to make sure your team is constantly ahead of the difficulty curve.

While there is an energy system here, it's going to take you a while to butt up against it. This feels like a game designed with a younger audience in mind, and so the IAPs and offers don't come as fast and thick. There was no point in the first few hours where it felt like we were stuck behind a paywall.

There's always something to do to - whether it's in the single player campaign, the arena, or one of the various events and challenges that always seem to be running, you've always got a task that your team can be doing. And that means there are always rewards just a few minutes away.

In terms of what Skylanders: Ring of Heroes is trying to achieve, it pretty much nails it. There's a compulsion loop here that tangles around you in subtle ways, while also managing to open up more of the game to the curious. It pushes you to play rather than pay, and so much of its charm rests on that. We've seen plenty of midcore RPGs that want to take the play out of your hands, but this one doesn't do that.

This is a fully featured, gorgeous looking AAA RPG that's been designed to fit into those fabled mobile play sessions, and it does it really, really well. So long as you know what you're getting into - a free to play experience with a focus on upping stats over anything else - then there's a rich world of not-exactly-wide possibilities waiting to be discovered.

Skylanders: Ring of Heroes ticks all the right midcore RPG boxes, and then some
Next Up :
Hundred Days review - "A success for the management genre"