Sky: Children of The Light releases on Nintendo Switch with new Starter Pack and cross-platform play

Sky: Children of The Light, thatgamecompany’s hit meditative title, is finally on Nintendo Switch. Fans of the beloved IP have been eagerly waiting for the Switch port since it was announced as delayed last year, and now, Switch players can join the adventure with a brand new starter pack and full cross-platform play.

Much like thatgamecompany’s Journey, Sky: Children of the Light lets you soar through peaceful environments with breathtaking visuals and a stirring musical score. While being all by your lonesome can feel melancholy at times, there’s a sense of camaraderie that will have you perking up at the slightest hint of another being in an area with you. You won’t be able to interact with other players in a traditional manner - instead, the game opts for more subtle, unspoken means of communication to really drive the point home. 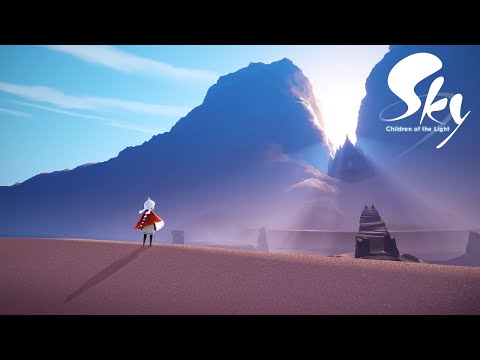 Now that the critically acclaimed title is finally on Switch, players across platforms can foster that in-game sense of community with a shared candle or by holding hands. It’s also free-to-play on Nintendo Switch, with a free main story arc as well as an 8-player mode. The Switch release also brings a new Starter Pack for £28.99. This will contain two new capes, 75 candles, a new hairstyle, a vessel flute, and something extra as a surprise.

Sky: Children of the Light is available to download as a free-to-play game with in-app purchases on the App Store, on Google Play, and now on the Nintendo eShop.

If you’re eager for more games you can play with other like-minded individuals, check out our list of the top 25 best mobile multiplayer games for iPhone and iPad (iOS)!