Why is a game about anthropomorphic groceries called Silly Walks? That's the first thing that wandered into my head upon seeing the app listing for Part Time Monkey's new game.

But as soon as you plod your way through the first level, you'll know. Silly Walks is the most appropriate name possible.

At the heart of this game is a novel movement system that's simultaneously clumsy and nuanced, intuitive and fiddly. Silly walking is pretty much what this is all about.

It works like this: your chosen sentient foodstuff (I opted for the tub of peanut butter, Butters, for his goopy quiff) automatically rotates on their standing foot. Tapping the screen causes them to hop onto the opposite foot, reversing the direction of spin. 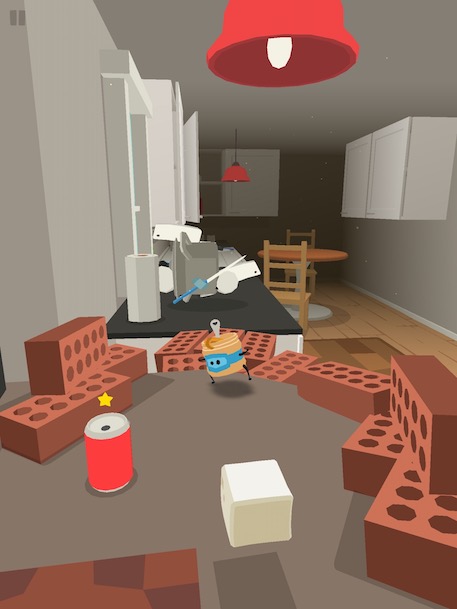 By tapping rhythmically, then, you can set off on a wonky trot across each domestic level (think dining tables, sofas, and ironing boards). Tapping faster initiates something approaching a sprint, but of course this requires pinpoint timing to get right.

It's an intoxicatingly tactile movement system that really represents the entirety of the game's appeal - that and an irresistibly chunky 3D art style that reminds you of Nintendo and Pixar.

Like I said, there isn't an awful lot to Silly Walks beyond these core attributes. If there was a more orthodox movement system you might even call it slightly undercooked.

There are several brief missions to embark on in each of the compact levels, usually involving collecting a certain number of sugar cubes (which is how you 'buy' new characters), kicking over cans, and outrunning or deactivating villainous appliances. 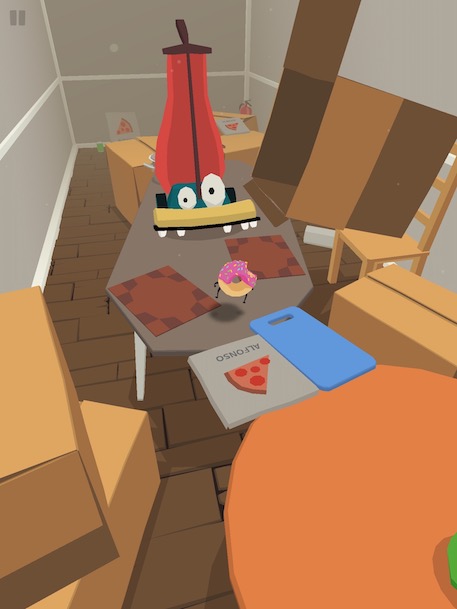 You never have to wander too far off the beaten path or employ too much brain power to solve any of these problems, though. It's all just a matter of mastering that novel movement system.

Fortunately, that movement system is enough to make Silly Walks a worthwhile experience. Getting into a groove with a scampering doughnut is an experience that has surprising legs.

This isn't a remotely deep game, and it plays its hand very early on. If you don't warm to it within the first few levels, you probably never will. But it would take a cold heart not to do so.

There's something to be said for a game that has the confidence to place everything - including its name - on a novel and thoughtfully constructed mechanic.

A lovably daft, fluffy adventure game built around a very novel movement system
Next Up :
Evony: The King's Return review