She Remembered Caterpillars is a seriously frustrating game. Just a few levels in and you'll be scratching your head, puzzling over the smallest of choices you make.

You try one thing and fail. You try another - fail. You fail again and again, and eventually you might finally figure it out. And the endorphins come rushing in. And you think, sure, I could do that again.

It's a puzzle game that does not let up in its difficulty, but it's interesting enough that you'll stick with it. And the inclusion of some gorgeous visuals will certainly help you stick around too.

She Remembered Caterpillars is centred around a broken, confusing narrative which presents itself through short blocks of text at the start of each level. 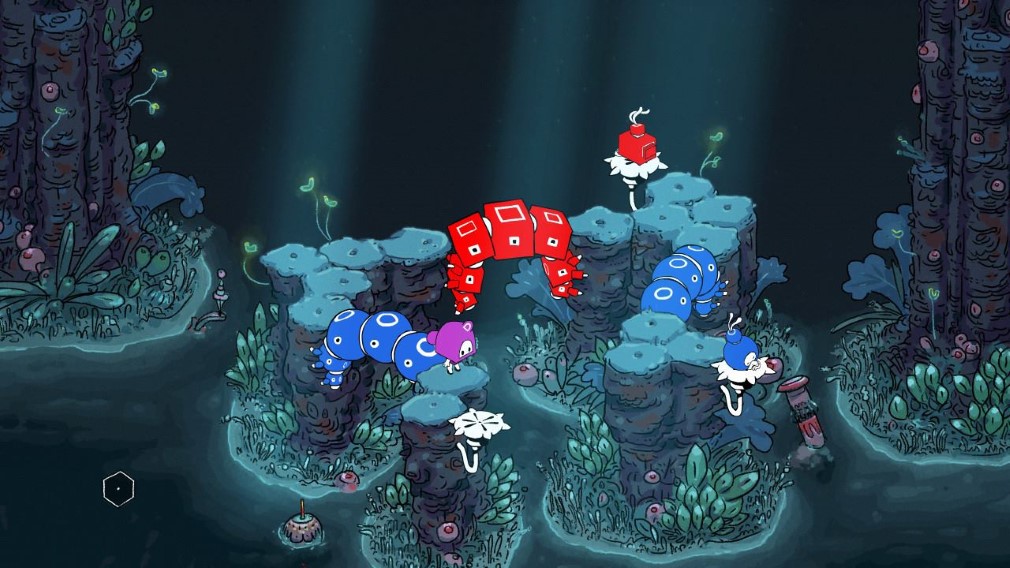 There are clearly some deep emotions running underneath the surface, but the presentation of the information is such that you simply won't understand what's going on most of the time.

Instead, you'll push on because of the core puzzle action you're treated to. It appears at first to be a simple colour-based puzzle game, but rapidly evolves into something much happier.

You take control of small, funny-shaped creatures and direct them around beautifully detailed levels, with the ultimate goal of getting every creature sat on petals at the edge of the worlds.

Your creatures are colour-coded - red and blue are your typical partners, but yellow eventually gets added into the mix - and the world reacts to the different characters based on their colours.

Further elements are thrown into the mix as you progress - switches for adding a new, colourless bridge, for example - but the core tenants are always present in each puzzle.

You have one tool up your sleeve. You can merge two colours together, giving you the properties of both colours and allowing you access to a new colour altogether.

For example, if you mix red and blue, you get purple. A purple creature can cross both red and blue bridges, as well as purple bridges, but cannot pass through red, blue, or purple gates.

All this is simple to remember, but each of the puzzles are designed such that there's never an immediately obvious solution. Your path will be blocked by differing colours, and you'll have to use all your wits to navigate the mazes and get all your creatures where they belong.

This wouldn't be so bad if She Remembered Caterpillars spent the time building up to the harder puzzles, but after a very quick and simple set of tutorial levels, you're thrown way in over your head and forced to figure things out sharpish if you want to make progress. 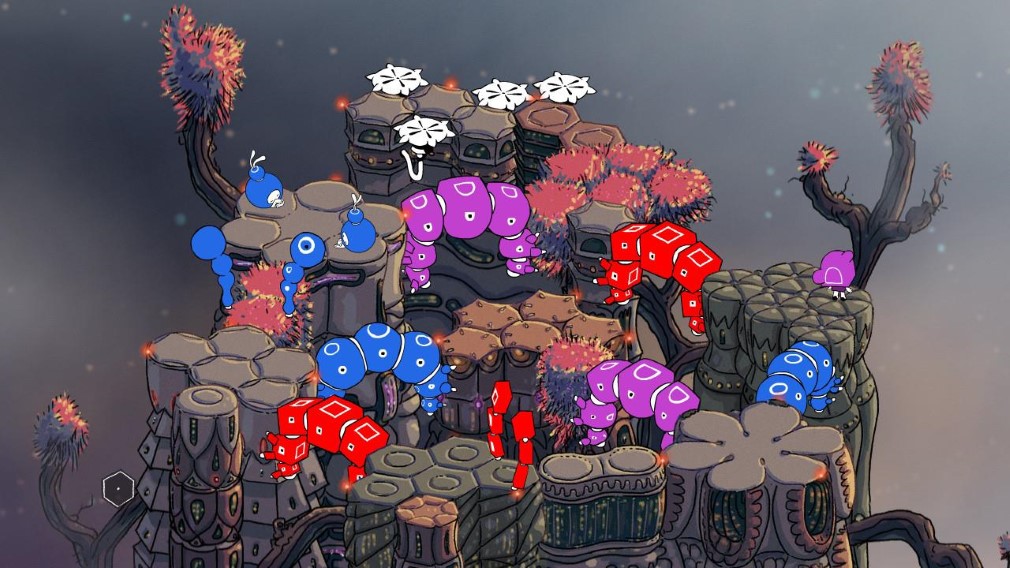 Even when new mechanics are chucked in, the difficulty doesn't let up. It's a struggle working out puzzle solutions as it is, but with another ruleset thrown into the mix, levels become almost nightmarishly difficult.

Still, there's enough here to keep you trying. The beautiful, hand-drawn visuals are definitely a draw, keeping your eyes entertained even while your brain swears in anger.

And the simple rules do mean that you never feel cheated when the solution finally comes to you - it just might take more time than you'd hope.

She Remembered Caterpillars is as beautiful as it is tough. It marries simple concepts and rules with intricately designed stages, and lets you do the legwork when it comes to solving them.

It's nice to have a game that doesn't hold your hand too much, but it would've been nicer if the difficulty curve didn't feature such a startling jump when you get beyond the tutorial.

Puzzle fans should absolutely check this out - it really is very clever. But unless you like pondering your every move for five minutes before you make it, you may want to sit this one out.

She Remembered Caterpillars is brutally hard, but its gorgeous graphics and straightforward rule set will keep you coming back for more
Next Up :
UFO99 review - "A fun little arcade game on the go"