Shadowgun doubles down on PVP action in War Games, and it's good

The Shadowgun games on mobile have successfully, and repeatedly, raised the bar for what we expect from shooters on mobile. Shadowgun Legends has successfully reigned supreme as one of the best mobile shooters for years, only recently getting dethroned by the likes of Call of Duty Mobile. Madfinger Games knew they had to return with something big, something that can even stand out next to a huge brand name like Call of Duty, and their answer takes the shape of Shadowgun War Games.

Shadowgun War Games is currently going through a closed beta, and we've been playing it for several hours. What you'll notice quickly is that unlike previous Shadowgun games, the singleplayer experience takes a backseat. Shadowgun War Games is about, well, war games, not the more focused, solo missions of Shadowgun: Legends. And that is no bad thing.

If you like singleplayer Shadowgun, then Shadowgun Legends still exists, but what we have here in Shadowgun War Games is a greater emphasis on multiplayer shooting and some obvious inspirations from some of the biggest multiplayer games in the genre. 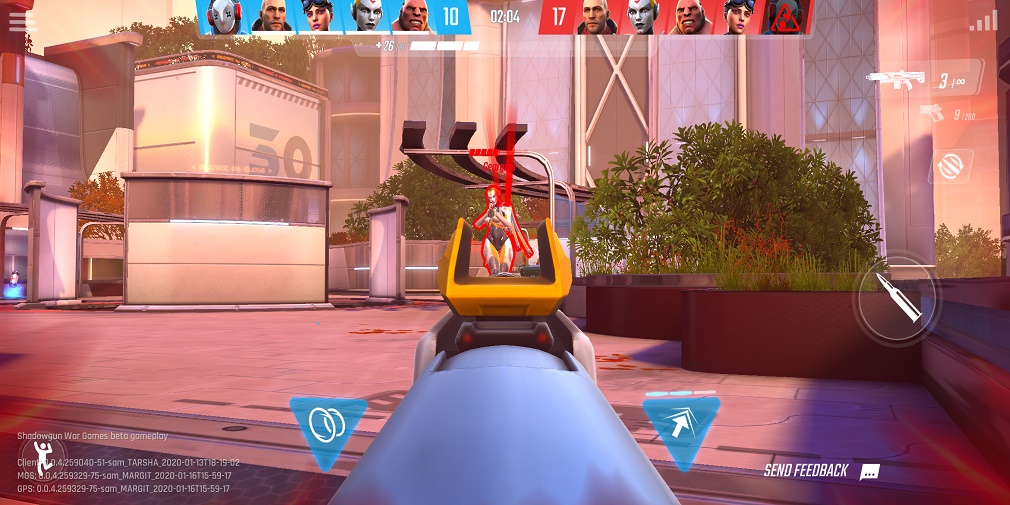 Now, it must be kept in mind that this is a beta, and many things about Shadowgun War Games could change from now until release, and it is very likely that changes are already being planned and actively made as I type this. With that said, the game looks and feels very familiar.

The game's general colour scheme and aesthetic feels very reminiscent of Overwatch. The character Willow even looks like the iconic Tracer, and the robotic character Sara looks as sleek and devastating as Zenyatta, with the grace of Mercy. Even Jet looks a bit too much like a Fortnite character.

The inspirations go a step further when Jet's Time Shift ability works exactly the same as, and seemingly has an almost identical animation to, Wraith's phase ability from Apex Legends. While the others can be waved away as homages or inspirations, that last one feels a bit too on the nose to justify.

And it's obvious why the developers have looked to these games for inspiration. This is a multiplayer-focused game which focuses on individual character abilities and loadouts, and how you use them to play and fight. And despite the similarities it has to other games, it is undoubtedly original and inventive enough to stand on its own merit in the mobile market.

The game simply takes the mechanics of the existing, and very good, Shadowgun games, and gives them to new heroes in a multiplayer-focused arena. There's not much you can do to ruin a winning formula like that, and that's why Shadowgun War Games is so strong. 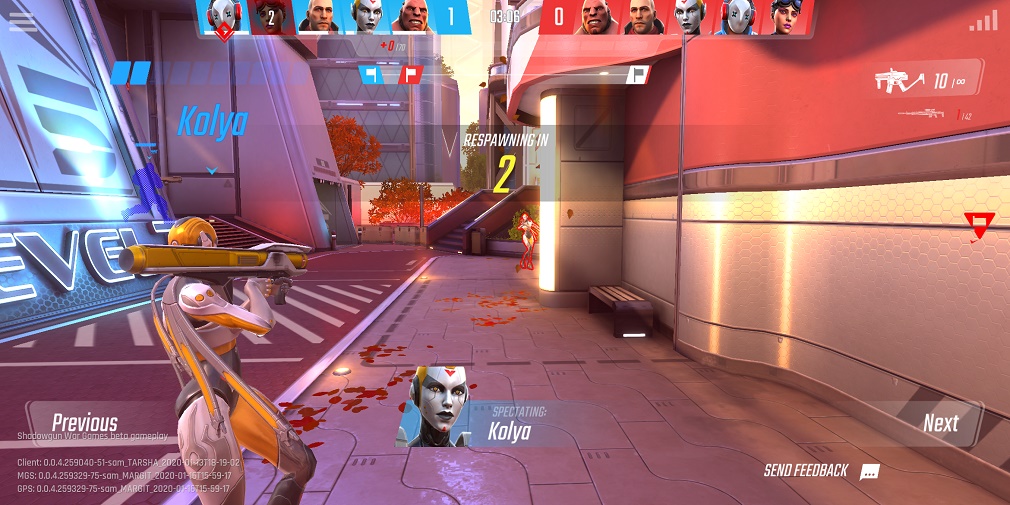 It is still incredibly early days, we are currently looking at a closed beta session with only a single map, but despite that, the game has already left an incredibly strong impression on me.

Overtime this game is guaranteed to get more characters, more guns, more abilities, more maps and game modes, and it is going to be excellent because even with the limited offering in the closed beta, it already feels so strong.

Even with just a basic Team Deathmatch game mode and the traditional Capture the Flag, the game manages to feel smooth and pulls you in for one more match every time.

The existing cast of characters already makes the game feel like it has plenty of variety since each character has their own weapon selection. Playing as Jet I feel much more nimble, but a lot less impactful when it comes to shooting. Conversely, a character like Revenant feels like they may never die thanks to their health and defense, but slow speed.

Even in this early build of the game, it's incredibly promising, with solid shooting and action, a decent variety of characters to start with, and a satisfying aesthetic.

In some ways, Shadowgun War Games is a product of the modern era of shooters, and takes obvious inspiration from some of the biggest games in the genre. But that hasn't hampered this game in any way - it's a strong shooter, and definitely one to look out for in the near future.