ROME: Total War marched triumphantly onto iPad late last year. Here was one of the greats of PC strategy gaming miraculously made to shine on a tiny touch-driven interface.

ROME: Total War - Barbarian Invasion was a swift follow-up that essentially acted as an expansion pack for the original. This was more of the same for hardened fans of the original, and as a result it impressed us just a little less.

Now, just a few months on from Barbarian Invasion, we have a second stand-alone expansion in ROME: Total War - Alexander. It doesn't take a military genius to guess what our take on it is going to be.

As before, ROME: Total War - Alexander is a game of two halves. On the one hand you have a zoomed-out, turn-based empire-management simulator. On the other you have zoomed-in real time battles between huge armies.

In the former you drag your armies around a map of Greece and the surrounding region, choosing which of the many warring states to engage, whether to lay siege, and what to do with captured cities.

The latter portion is even more of a focus in Alexander than in the previous campaigns, as you micro-manage various columns of units within epic 3D battles.

You'll need to make judicial use of the pause button as you shuffle your spears into place to fend off a cavalry charge, or move your more mobile forces around to flank the often numerically advantaged opposition. 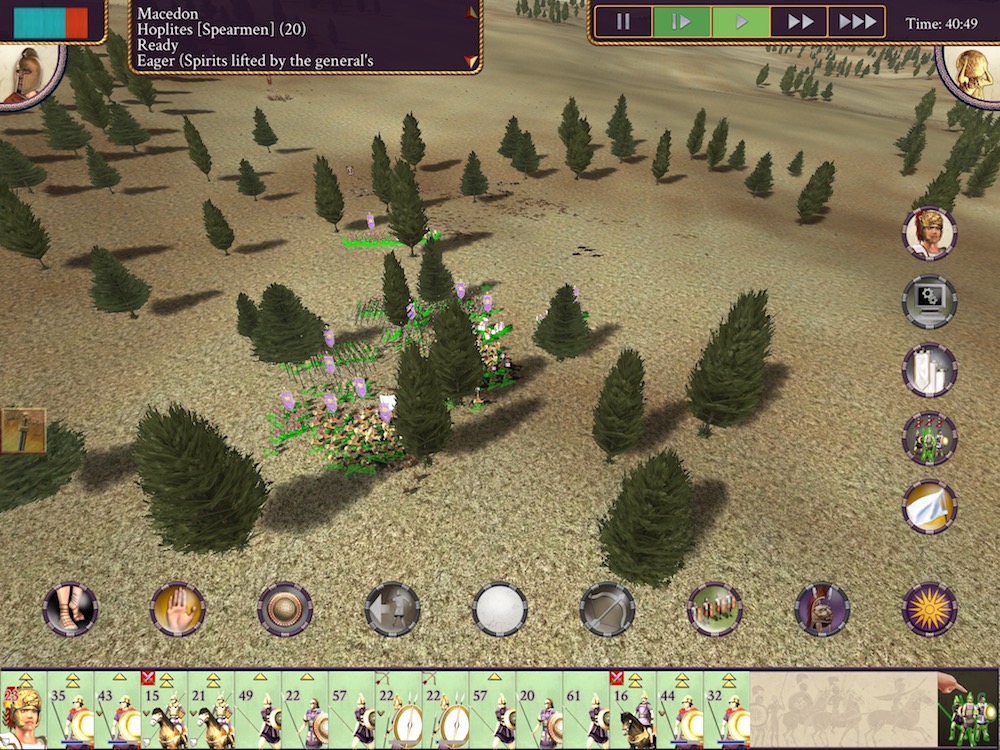 I won't go into too much detail here, as both sections play pretty much identically to those of previous games. Suffice to say, you really should start with ROME: Total War if you're at all curious.

The main differentiation here is in the setting. This time you're taking control of Alexander, the famous young Macedonian king who cut a swathe across Asia and northeast Africa during his short life span.

This is more than mere window dressing. Alexander's brief, glorious campaign dramatically alters the nature of the campaign here.

You don't have time to carefully wait and time your moves around the world map, and there's not so much scope as to where you can go. You have to head east into Persia, you have to attack relentlessly, and you have to do it all within 100 turns.

As a result of this, there's an argument to be made that ROME: Total War - Alexander's streamlined campaign makes it the most mobile-friendly game of the trio.

But the word 'friendly' really has no business being used in relation to this game. If anything, it's even less welcoming to the newcomer than the previous games.

If you're coming to Alexander fresh, you'll still need to watch a painfully bland and bloated tutorial video that covers all of the game's myriad systems. I began to glaze over within minutes. Surely there had to be a better and more interactive way to handle this?

Also, ROME: Total War - Alexander is hard. Your eastward imperative might be clear, but it requires sharp, incisive decisions from the get go, and any dithering or mistaken moves will be fatally punished. 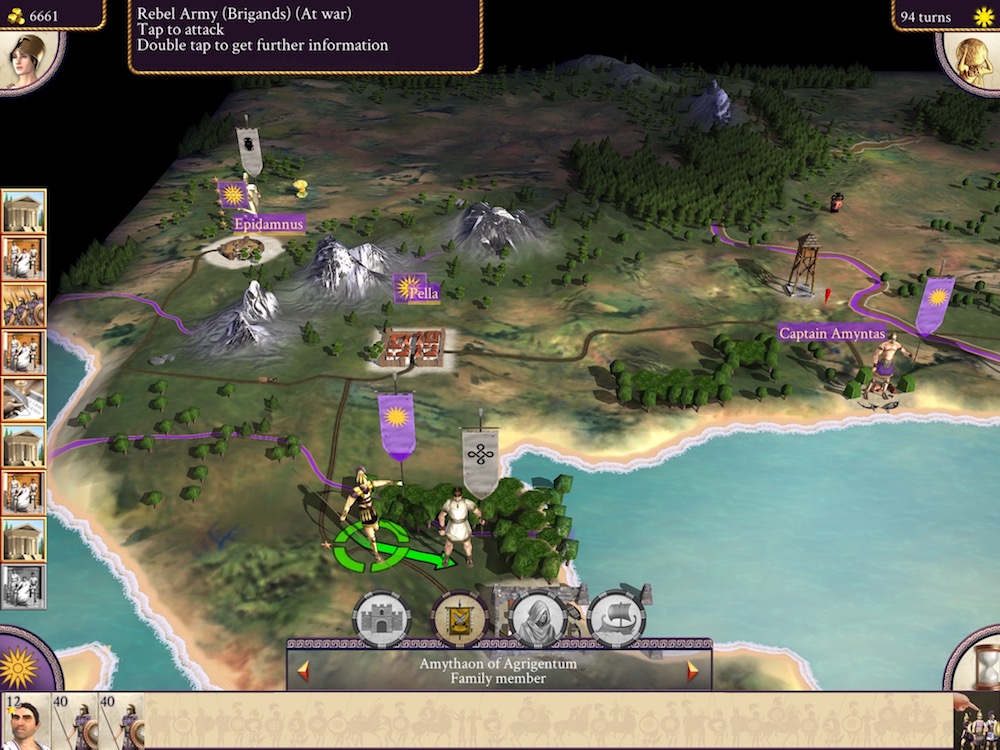 The brutal truth is that the vast majority of iPad gamers will find its demands and its steep learning curve too much to negotiate - even if you think of yourself as a bit of an armchair strategist.

For a small band of hardened strategy die-hards, however - and particularly for those who are fans of the previous ROME: Total War games - this is one of the must-have games of the month.

It's sharp, it's cruel, and if you're a fan of ROME: Total War, you're going to absolutely love it
Next Up :
Sumire review - "Why do some days stay in our thoughts forever?"

Rome Total War: Alexander will march its way onto iOS and Android in October