Number of Chinese mobile game payers up 5-fold during 2013

According to TechNode, TalkingData reckons that 96 percent of China's 550 million active smart devices have at least one game installed.

That's not a big surprise as the OEMs selling Android devices typically have games pre-installed on their devices.

Where things get more interesting is the news that TalkingData reckons that the group of mobile games who play for more than 1 hour per day has jumped from 9 percent at the start of 2013 to 28 percent by Q4 2013. 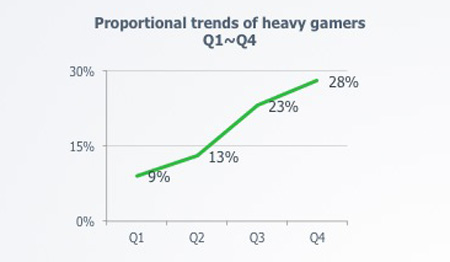 Of course, it's Android that remains the main platform for mobile gaming, with a marketshare of 71 percent over iOS in terms of device numbers.

However, when looking at revenue, TalkingData reckons the Android-iOS split is 50.3 percent to 44 3 percent, with feature phones accounting for the remaining 5.5 percent. 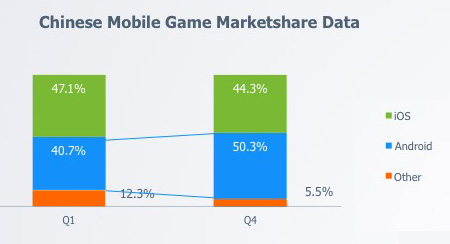 Around 10 percent of Chinese mobile gamers become paying users in 2013; that's up five-fold during the year in terms of absolute numbers.

Chart of the week: Half of in-game revenue generated by just 0.15% of players