Having now played the first two episodes, I'm still not entirely sure what Republique is.

It meanders through simple puzzles and slightly blundering stealth, waxing lyrical about the evils of fascism one minute then telling you to read more the next.

But for all of its dystopian posturing, this second chunk of the tale still feels empty.

Guards wander around a world populated by them and you, oblivious to the clanking lockers you clamber into, blind to the fact that every time they drop you in confinement you've broken out before they've left the room.

Our heroine Hope is still indecisive in her movements, taking strange paths through the world and getting into trouble because she wandered the wrong way.

There are some interesting questions about help, voyeurism, and state control, but they feel heavy handed, dropped in to add weight to a slightly flimsy experience that doesn't really build on the original. 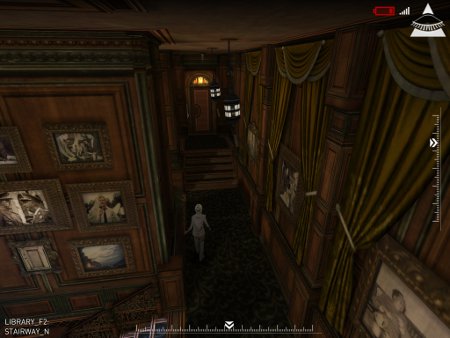 The second episode picks up where the first left off. Then some story happens and you're sneaking through the library, dodging the attentions of the slope-shouldered Prizrak.

One of the big additions this time round comes in the shape of guards who don't follow set patrol patterns. They swagger menacingly around, draped in armour that protects them from taser shots.

Their random nature means sometimes you'll stroll unhindered through a room, only to be grabbed and electrocuted on your way back.

It adds a certain frisson to proceeding, but the danger never really crackles.

Even when you are caught you're dropped in an instantly escapable room where you can recharge your phone and spend some cash on new powers. 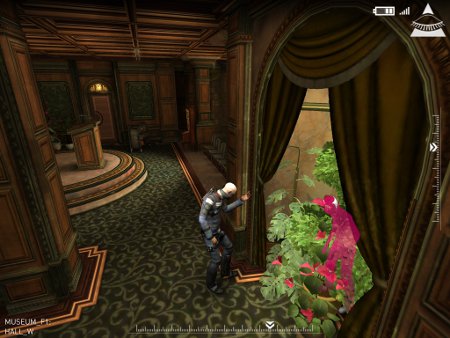 Move along, I'm definitely not hiding in this bush

The library itself is an interesting structure to explore, but it's reasonably small, even if it does look impressively detailed. There's a good deal of backtracking, and a lot of the book-lined walls start to blur into one after a while.

Three new puzzles are included in the chapter, including one that involves twisting your view of a shape to make a three dimensional blueprint for a printer.

At least one of the puzzles can be bodged through with trial and error, and another is as simple as not getting seen while you press some buttons in the right order.

They're hardly head-scratchingly tough, then, and while they serve to break up the slightly one note bush-jumping stealth sections, you'll finish them quickly enough that it's hard to notice. 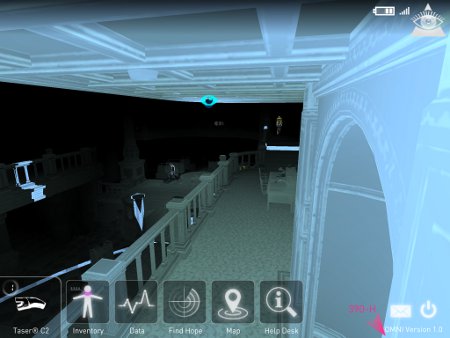 Er, you're not supposed to hide from me as well, Hope

Republique's Episode 2 doesn't really fix any of the problems of the first slice of the game. It's still a little esoteric, handing you cliff hangers rather than answers, and its big emotional notes fall particularly flat.

It's not a bad second chapter, and if you were caught up with Hope's story in the first game then it's a reasonably engaging continuation of that narrative.

But it's still too short, it's still a little clumsy, and it still takes on the voice of a GCSE politics presentation too often.

Republique is still one of the most polished iOS games out there, but that professional sheen can only get it so far.

If Episode 3 doesn't bring some interesting new ideas with it, and cement an identity that's so far been lacking, then the number of people willing to see Hope's story through to the end is likely to plummet.

There are some interesting moments in Episode 2, but it doesn't feel like Republique has really grown in the time it's been away
Next Up :
Hindsight review - "Deeply emotional but a tad repetitive"