Red's Kingdom is a stylish puzzler about helping Red the squirrel reclaim his precious nuts, and his dad while you're at it.

I suppose the question is whether the game ends up playing as good as it looks. Luckily with its charm, aesthetic, soundtrack, and general mechanics I'd have to say, well, yeah.

Once Red wakes to find some bloody mad king has stolen his golden nut - and his Pa, for some reason - he goes on a perilous journey throughout the kingdom to recover both items, safe and sound. 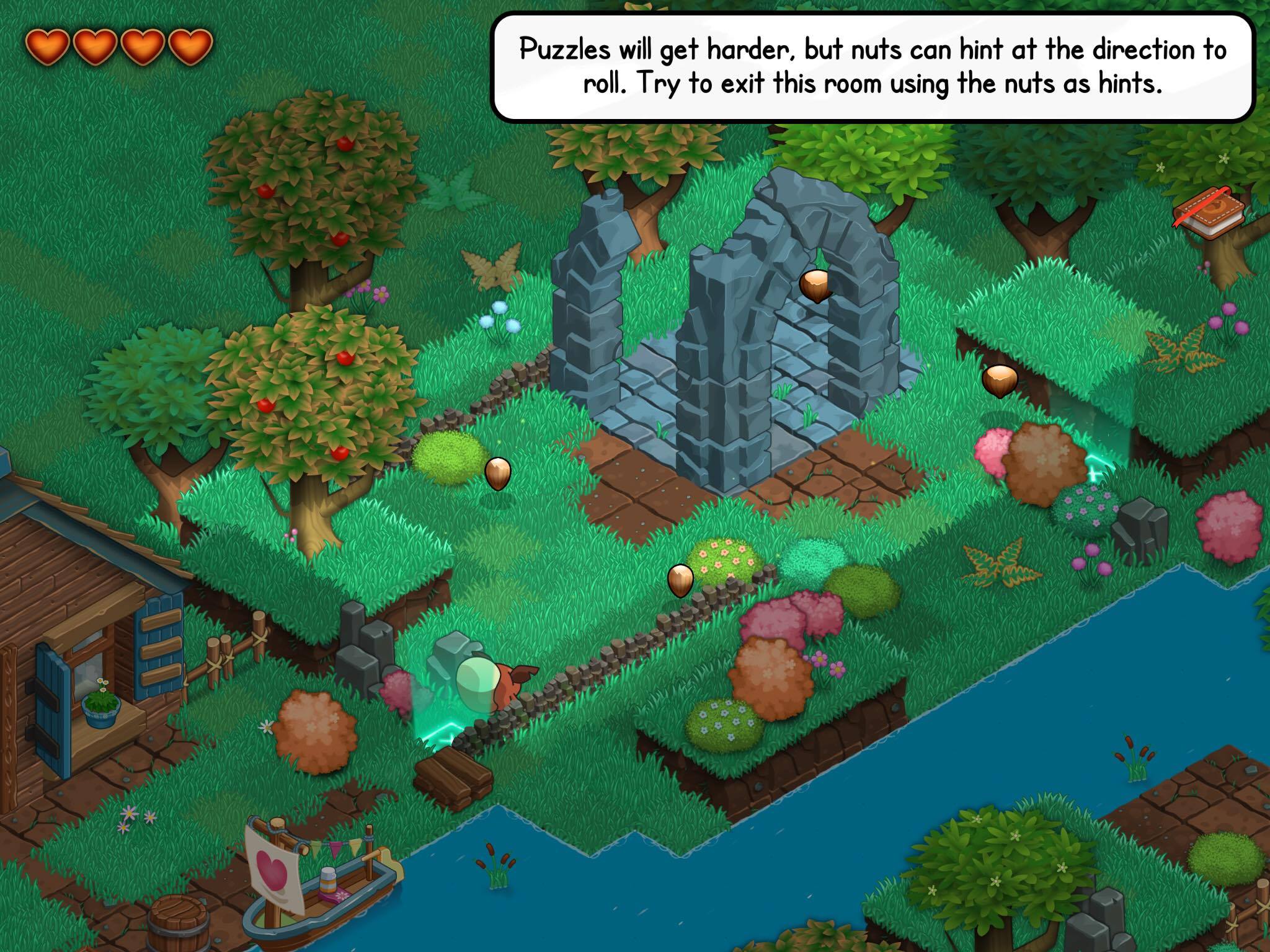 Starting off gently, you're walked through a basic tutorial which points out where you can move, where you're supposed to go, and what the purpose of your journal is.

After the first handful of smaller levels the training wheels are off and it's time to put on your big-boy pants.

The guides do return when new items are added, like the levers, ramps, and the medallion when you eventually get it, but it's hardly a case of hand-holding.

Instead, the game just lets you run into walls and tables until you eventually figure out your path and continue on to the next level.

Time to get nutty

Where Red's Kingdom finds its success is in its balancing. Between looking great and sounding great, the outward promise of the game is matched by its smooth and responsive gameplay.

It introduces combat fairly early on, giving you something to focus on outside of just rolling around in straight lines and solving puzzles.

However, I'm not sure it completely diffuses its monotony as the harder puzzles can sometimes get a bit grating. 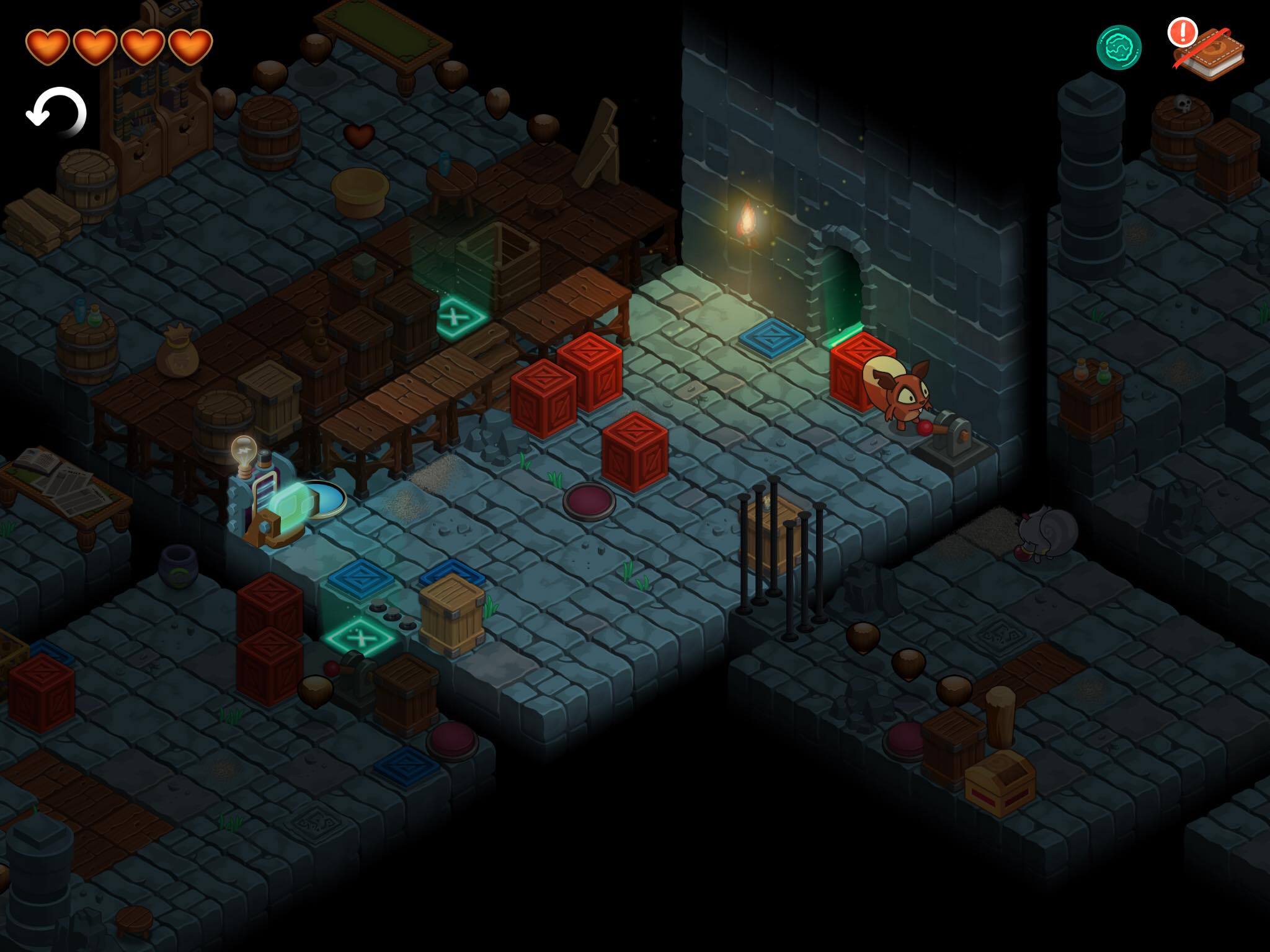 Whilst the challenge level isn't exactly high in the game, its isometric view and obstacles give us an extra leg to work around, and that only gets frustrating on special occasions.

I'm out of nut puns

Overall, Red's Kingdom is a pleasant puzzler. Both mechanically and aesthetically pleasing, it's a joy to work through.

Though it does lack a little bit of variety as the levels continue, and sorely needs a map for silly people (such as myself) to reference, when played in short bursts the game is thoroughly enjoyable.

Red's Kingdom is a nice addition to the puzzler-lover's library.

It may be a little repetitive, but Red's Kingdom is a cracking puzzler with lots of extra elements to keep us going
Next Up :
DC Worlds Collide review - "DC fan service in an enjoyable gacha package"