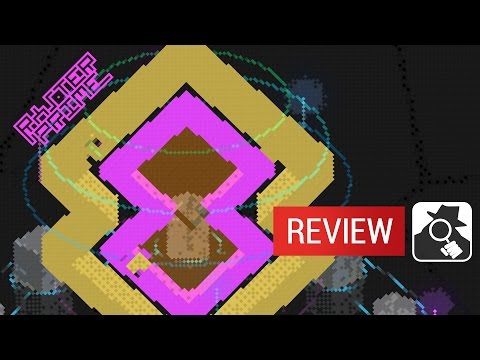 Subscribe to Pocket Gamer on
Alien ruins and architecture are a staple in science fiction games, but often those ruins are simple there as an arena for battle or an interesting place to explore. Raster Prime presents its extraterrestrial environment in a different light, using its otherworldly atmosphere and simple puzzle mechanics to great effect. Lost In Space

A massive monolith orbits a dimming star, filled with obelisks. This strange technology waits for your interaction, gradually unlocking more monoliths as you attempt to comprehend the secrets of those that built this place. 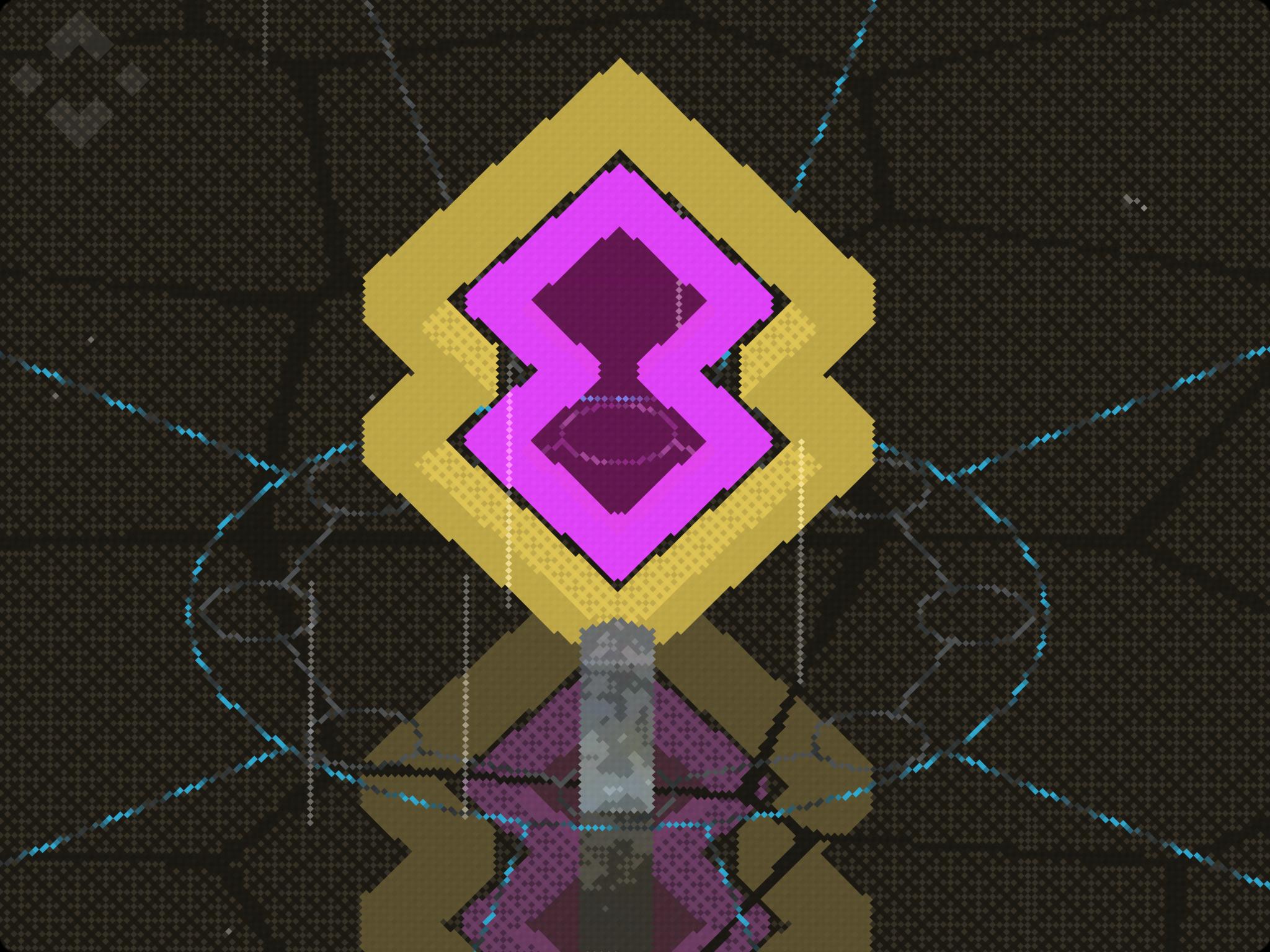 That's Raster Prime in a nutshell, a minimalist approach, both in regards to gameplay and storytelling, presented in a surprisingly effective pixel art aesthetic. Seeing the odd geometric technology come to life at your touch in an explosion of movement, the reflections of the obelisks on the floor, imparts a decidedly alien tone that really helps to establish a sense of mystery.

The Shape of Things

While the aesthetic is a strong point throughout, the puzzles and general gameplay is where one might be divided on Raster Prime. The concept is simple: every obelisk must be activated through inputting a specific sequence, comprised of two runes. Tap left or tap right, in the correct order, and you've solved a puzzle in Raster Prime.

It sounds simplistic, almost too much so, and after the first few, you might if that's all Raster Prime has to offer. But that two-rune system, used to match the geometric symbols on each obelisk, proves to be unexpectedly varied, expanding on that basic concept with different shaped runes and subtly introducing new rules for how they can be combined. 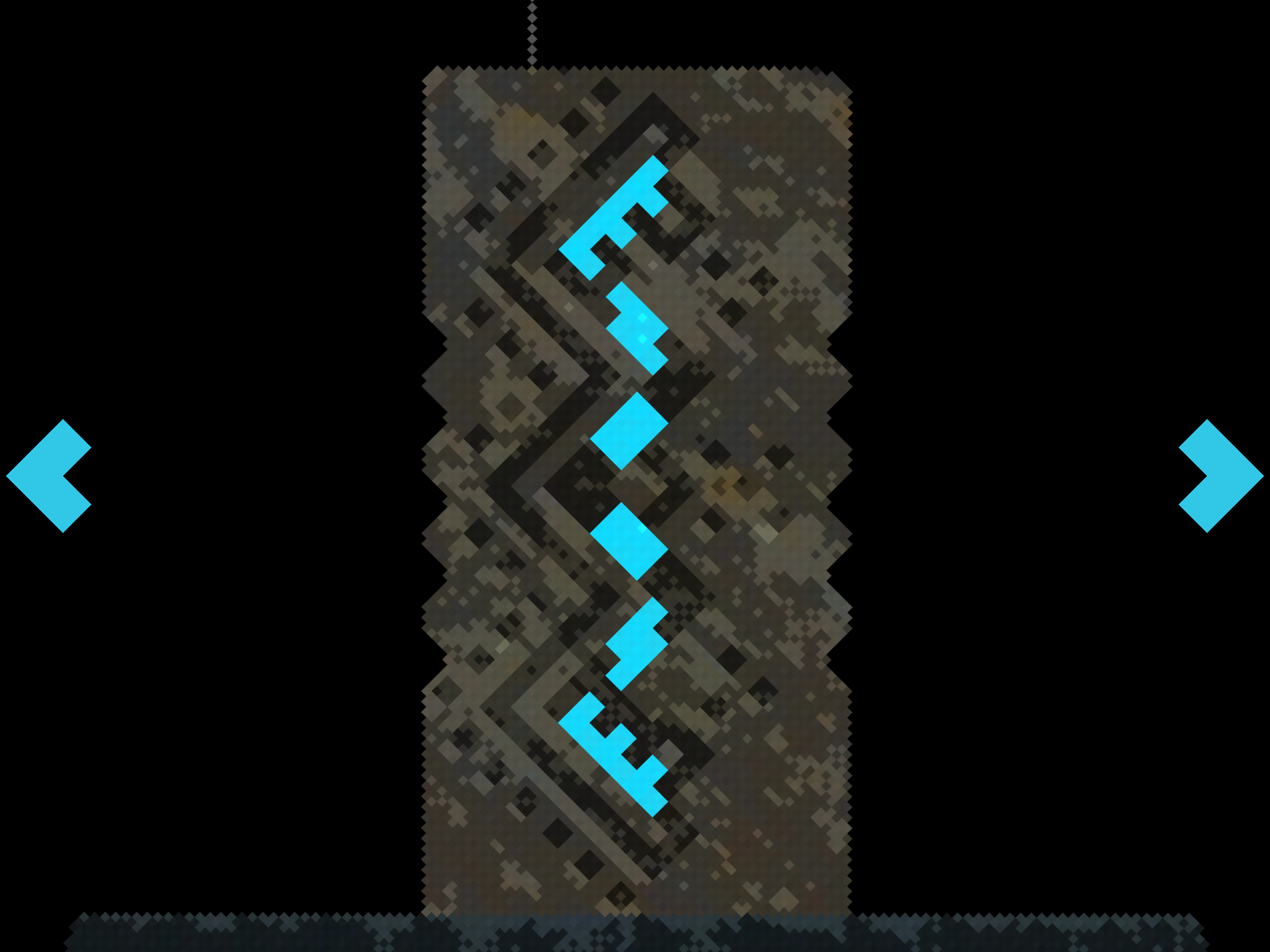 All that is learned without words or guidance, forcing you to look at the puzzle presented onscreen and experiment until you've figured what Raster Prime wants you to do. This means that if you're stumped or confused, progress comes to a halt until you've solved that puzzle.

But persevere and you'll find a clever puzzler that, while its obtuseness can lead to frustration, uses its presentation and clever mechanics to deliver an enjoyable sci-fi experience.

While its obtuse nature can frustrate and thrill in equal measure, the minimalist design and abstract puzzles of Raster Prime encourage you to keep playing
Next Up :
Star Discord review - "Needs polish, but it's shaping up to be a true RTS on the go"